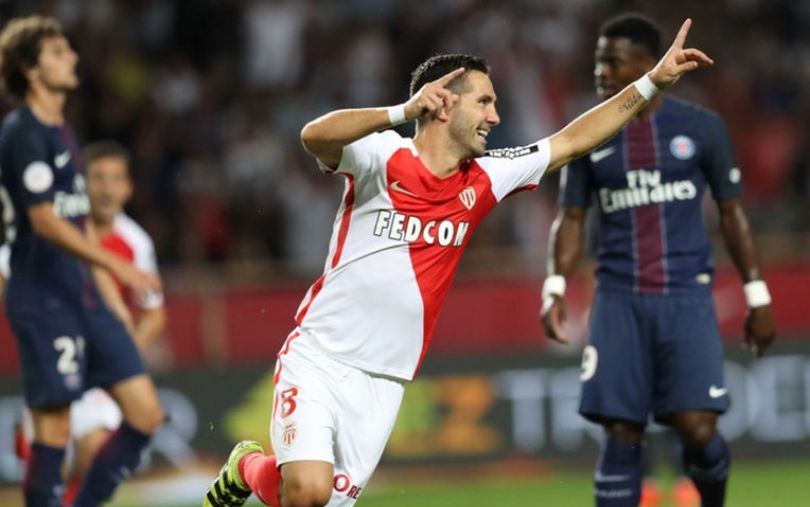 Reigning champions Paris Saint-Germain suffered their first defeat under new coach Unai Emery on Sunday, going down 3-1 to a rampant Monaco at the Stade Louis II.

Joao Moutinho put Monaco ahead before a Fabinho penalty doubled their lead just before half-time to leave the visitors up against it.

Edinson Cavani pulled a goal back in the second half but a Serge Aurier own-goal late on secured a deserved win for the home side that lifts them level on seven points with early league leaders Guingamp.

PSG lie a point behind in fifth place after seeing their perfect start to the campaign ended in the principality.

“If we had controlled the start of the match things would have been different,” said Emery.

“When Monaco scored we needed to stay calm but we lost too many balls in midfield and the second goal was important. I need to learn from this defeat.”

It is a defeat that will raise major questions about the capital club’s strategy after a summer in which they sacked coach Laurent Blanc and lost their talisman Zlatan Ibrahimovic.

Spaniard Emery was brought in from Sevilla fresh from winning the Europa League but it was always going to be difficult to find a successor to Ibrahimovic.

PSG went unbeaten through their first 27 league games last season before eventually being beaten at the end of February while in the two previous seasons they did not lose in Ligue 1 until December.

The warning signs had been there in their opening two wins against Bastia and Metz, in which Paris failed to entirely convince despite winning.

Against a Monaco side fresh from beating Villarreal to qualify for the Champions League group stage, they fell behind in the 13th minute and never recovered.

Moutinho, a Euro 2016 winner with Portugal, got the opener with a terrific first-time strike from a Djibril Sidibe cross and Cavani squandered a decent chance to level the scores before Monaco won a penalty right at the end of the first half.

David Luiz was penalised for a foul in the area and Fabinho stepped up to beat Kevin Trapp from 12 yards for his fourth goal from a spot-kick already this season.

Luiz was taken off just after the hour mark, with Belgian international Thomas Meunier coming on for his Ligue 1 debut, and Paris got a goal back moments later, Aurier heading across the box for Cavani to head in.

But Paris could not find an equaliser and Monaco secured the points 10 minutes from the end when Aurier, attempting to cut out a Sidibe pass destined for Nabil Dirar, turned the ball into his own net.

“It is only one win, but it comes against a great team,” said Monaco coach Leonardo Jardim.

“But it’s not the first time we have beaten them and it doesn’t change things. Paris remain a great team.”

Earlier Saint-Etienne drew 0-0 with Toulouse at the Stade Geoffroy-Guichard while Bordeaux edged a tight encounter with Nantes 1-0 thanks to a Diego Rolan goal in the first half.

Guingamp, who drew 2-2 away at Monaco on the opening day of the season, are top after a 2-0 victory away at promoted Nancy on Saturday.

Nice are also level on points with the leaders after a 1-1 draw at home to Lille while Lyon’s perfect start to the league season was ended in a 4-2 defeat at Dijon. – Agence France-Presse