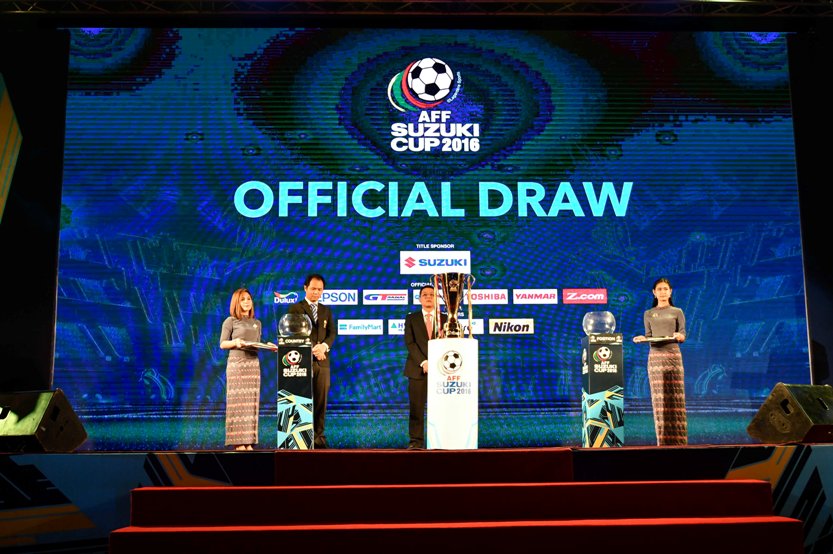 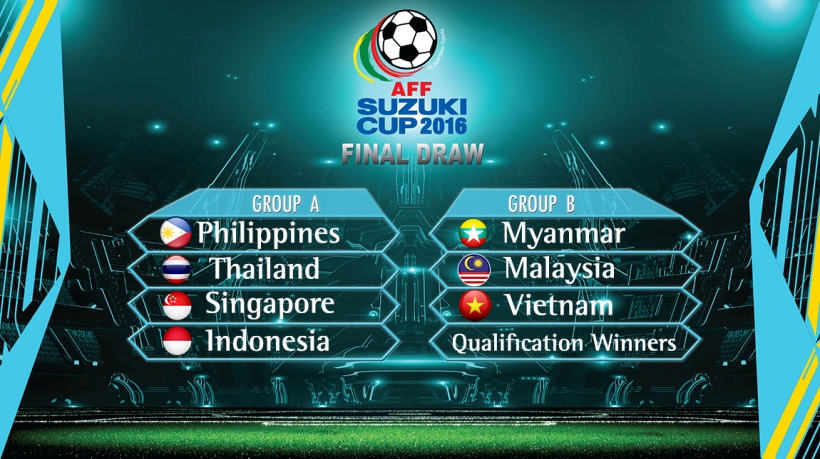 Thailand and Singapore, the two most successful teams in AFF Suzuki Cup history, have been drawn together in an exciting Group A following the official draw for this year’s championship today in Yangon.

Defending champions Thailand and Singapore have both won the event a record four times and will clash in the Philippines – who are hosting a Group stage for the first time. Indonesia, after a period in the international wilderness, have also been drawn in the same intimidating group.

The AFF Suzuki Cup, which will be played from November 19 to December 17, will see joint hosts Myanmar battle it out in Group B with Malaysia, runners up two years ago, Vietnam and the team that wins October’s Qualification Round in Cambodia.

The qualifier will be staged from October 15 to 21 with Brunei Darussalam, Cambodia, Laos and Timor Leste competing for that one prized spot.

This year marks the 20th anniversary of the AFF tournament, which will begin on November 19 with Thailand playing Indonesia and the Philippines matched against Singapore.

“Singapore have a strong squad, the Philippines are constantly improving and will be on home soil, and Indonesia are coming back and are an unknown quantity.”

Kiatisuk led Thailand to victory two years ago after beating Malaysia 4-3 on aggregate. They also triumphed in the inaugural tournament in 1996 as well as in 2000 and 2002 with Kiatisuk shining as their star striker.

Singapore coach V. Sundramoorthy was as equally aware of the stern test that awaits his side.

He said: “We will need to prepare well. It is a tough draw. We have three months to prepare for three very difficult games on Philippine soil.”

While Thailand have been the in-form side in Southeast Asia over the past few years, Singapore will aim to continue a fine record against the Thais in the AFF Suzuki Cup. They beat them in the final in 2007 and 2012 while they also took the title in 1998 and 2004.

Their Group A match kicks off on November 22.

The Group B matches start on November 20 with Malaysia against the Qualification Round winner and Myanmar playing Vietnam.

“I believe all ASEAN teams are on par these days except perhaps for the Thais,” said Ong Kim See, Malaysia’s new coach.

“Every group match will be tough, unlike 10 years ago when only the favourites did well. We are aiming to have three or four warm up games before the tournament starts. Myanmar, as the home team, will be favourites in our group.”

The Malaysian have lifted the trophy once, in 2010, and were runners up in 1996 and 2014, on both occasions losing to Thailand.

The top two sides from each group will progress to the semi-finals, played home and away from December 3 to 8. The final, also two legged, will be staged on December 14 and 17.