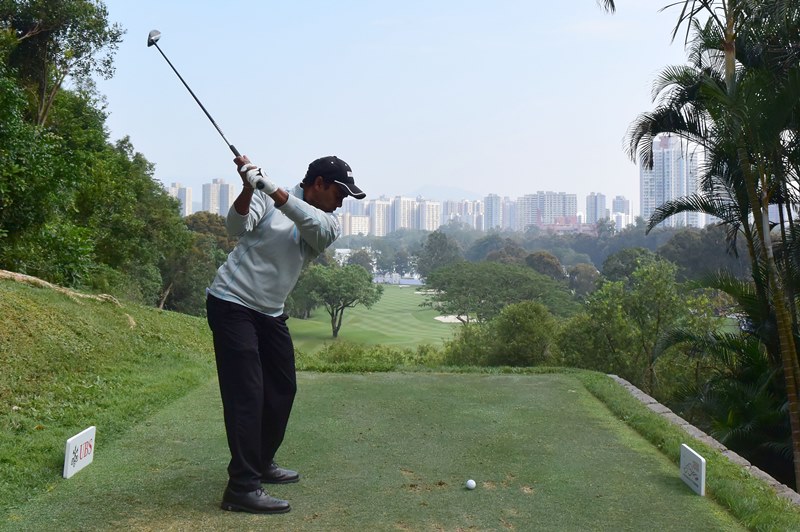 India’s S.S.P. Chawrasia took the early honours by carding a five-under-par 65 to take the first round lead at the UBS Hong Kong Open on Thursday.

The six-time Asian Tour winner leads by one over England’s Matthew Fitzpatrick and compatriot Shubhankar Sharma after overcoming the tricky windy conditions at the Hong Kong Golf Club in the morning.

Starting on the back-nine 11, Chawrasia birdied holes 11, 13, 16 and 18. He showed his accuracy again when his approach at the par five third landed within four feet of the hole where he would birdie again to move to five-under.

The Indian dropped a shot on five but recovered quickly with another birdie on nine to stay ahead of the chasing pack at the US$2 million event..

Fresh from his maiden Asian Tour win in the Philippines a fortnight ago, Korean-American Micah Lauren Shin continued to show his good form when he returned with a 67 to take a share of fourth place that includes Thailand’s Poom Saksansin and Philippines’ Angelo Que.

Malaysia’s Danny Chia also ensured a strong Asian Tour presence atop the leaderboard when he returned with a 68 to trail Chawrasia by three shots in tied-11th place that included Major winner Justin Rose of England.

I played well today.  I hit the ball well and made some nice putts. Conditions were very tough today especially with the wind and I’m very happy my five-under par today.

The greens were very firm to be honest. I was just trying to hit the second shot onto the green and get the ball as close as possible to the hole. I’ve been playing well this year and I’ve a good chance of finishing up the year well. The Order of Merit title is somewhere in the back of my mind. If I finish good here, I can catch Gavin. I don’t think about how good the other players are, whether he a world number one or not. I respect his ranking but when I’m playing, I prefer to focus on my game.

It’s a good start to the week.  It’s not an easy course around here.  Listening to Justin Rose talking after the Pro Am, he said four-under would be a good score.  So yeah, I definitely take that right now and see where you end up. I hit it great tee to green.  I think I had like seven or eight chances inside 15 feet, and on a day like today when it’s so windy and such a tough golf course, with how tight it is, yeah, it was a good day. I think hopefully today is as hard as it’s going to play. Although, if it plays like this and I shoot the same score for the next three days, I’ll be very, very happy.  It’s not easy with how strong the wind is and how easy it switches direction.  It’s a tough golf course without any wind, so it makes it very tricky.

Today my putting was working pretty well.  Hopefully I can hit it a little better because I haven’t been hitting it very well because I didn’t have many close birdie putts today.  So hopefully I can keep putting like this. Once I hit better, I probably can make more birdies. It feels really good to play in big events like this. It’s actually a little inspiring to play with good players.

It was a little bit cold and the golf course was quite firm.  The greens were very slow. But I’m very happy with it because now I feel I’m in good form.  But this course, I feel is difficult for me.  I don’t know why.  I find it difficult to get my ball into a good position on the greens. I hope I can win at least one more time this year.

I think just trying to do my job on the golf course. It gets really tricky with some pin positions here, and a lot of times, you just have to look away from the pin and just try to hit the middle of the green, and I just did that today.  So, I’m going to be doing the same thing throughout the week.

I’m happy with the finish.  It was tricky out there.  The wind was up early and a bit blustery, too. It was pretty strong in places. So I’m happy with the result. I’m really enjoying the week of being defending champion for obviously the first time.  It’s been a bit of a buzz. The course is great.  So I think it would be nice to play the next three days.

Leading scores after round 1 of the UBS Hong Kong Open Championship 2017 being played at the par 70, 6710 Yards Hong Kong GC course (am – denotes amateur):