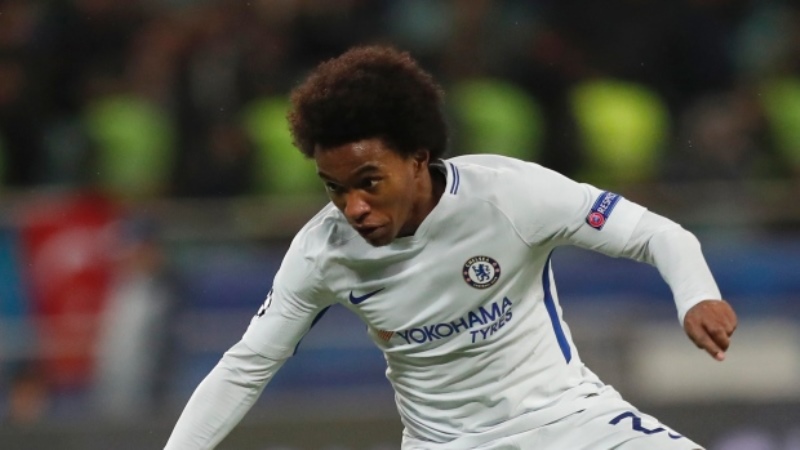 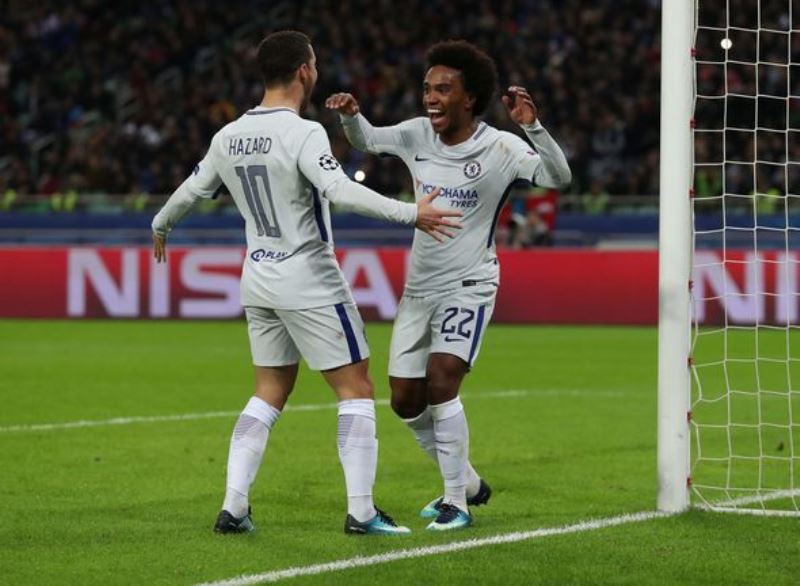 In danger of losing Antonio Conte’s trust after a disappointing start to the season, Willian may have forced his way back into his manager’s plans with a dynamic display in Chelsea’s Champions League rout of Qarabag.

When Willian boarded the Chelsea plane for their flight to Azerbaijan this week, the Brazil winger travelled with more baggage than most.

On the periphery of Conte’s side after struggling to shake off his recent malaise, Willian provided a timely reminder of his talents as he scored twice and won two penalties in Chelsea’s 4-0 victory on Wednesday.

“I’m happy to score two goals. We need all the players to be ready for all games. We have to rest and try to win more games,” Willian said.

Willian’s spotlight-stealing performance in his 200th Chelsea appearance could also be a boon to his hopes of holding down a starting berth for Brazil.

With the World Cup in Russia looming next year, Willian, who captained his country in a recent friendly against Japan, is battling with Liverpool star Philippe Coutinho for the role of Neymar’s foil.

Whether his return to prominence against minnows Qarabag, who played 69 minutes with 10 men, is enough to win over Conte and earn a place in the team for a crucial Premier League trip to Liverpool on Saturday remains to be seen.

Willian’s problems started around the time of his mother’s death last year and although he scored 12 goals to help Chelsea win the Premier League and reach the FA Cup final, by the end of the season he had lost his place to Pedro.

When the 29-year-old remained inconsistent this season, Conte — faced with Willian’s struggles and Chelsea’s unexpected defensive vulnerabilities — reacted by tweaking his formation.

Instead of the 3-4-3 tactics that helped Chelsea win the title, Conte now favours a 3-5-2 system, deploying three central midfielders and relying on his wing-backs to provide width instead of the more offensively minded Willian and Pedro.

As a result, Willian has been limited to only 10 starts — amounting to half of Chelsea’s fixtures this season — with just six in the Premier League.

Before his brace in Baku, Willian had scored only once and provided just two assists in 18 appearances for Chelsea this season, a dip in productivity that has led to long spells on the bench.

His mind seemed elsewhere as speculation mounted about a potential January move to AC Milan or Manchester United.

Even after his man-of-the-match effort on Wednesday, Willian was warned he cannot take anything for granted.

Both Willian and Pedro were impressive against Qarabag, but Chelsea captain Gary Cahill said Conte’s tactics and desire to rotate his squad mean neither player is assured of a sustained return to prominence.

“The squad is going to be vital and the manager is clearly going to rotate with the fixture pile-up we’ve got all the way up to January-February time,” Cahill told the Evening Standard.

“The manager has changed formation a couple of times. Obviously with that (3-4-3) system, they are two of the best wide players I have played with. It allows them to go and express themselves.” – Agence France-Presse