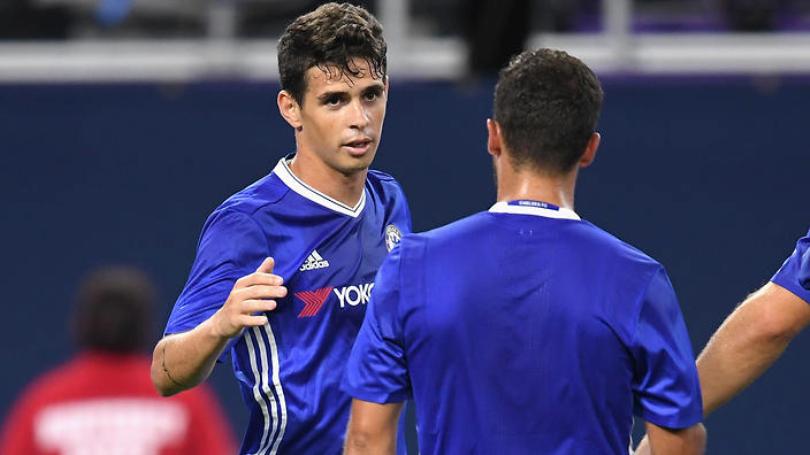 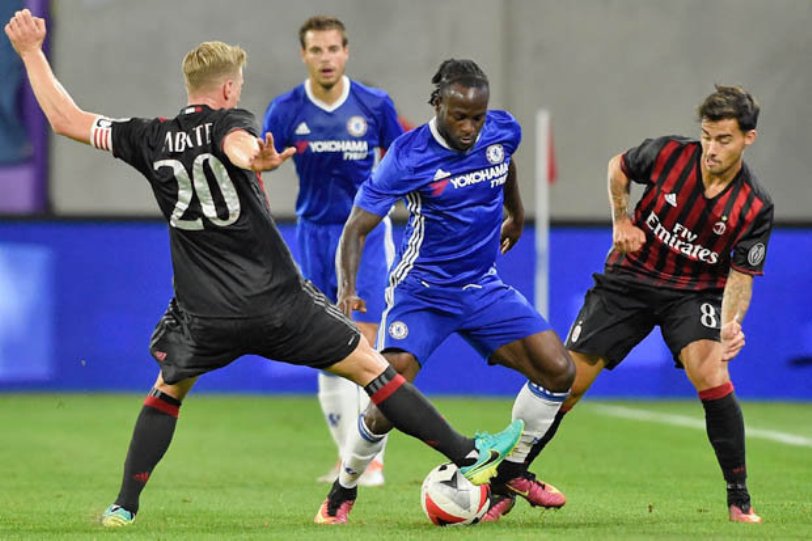 Oscar scored a second-half double as Chelsea cruised past AC Milan 3-1 in their final International Champions Cup game on their pre-season tour to the United States.

The Brazilian – who is also a 100PLUS ambassador – scored in the 70th and 87th minutes on Wednesday for Chelsea, who rebounded from a 3-2 loss to Real Madrid in their previous outing in the friendly competition on Saturday.

Oscar first placed a penalty into the top corner after a Milan handball and then hammered a low drive into the bottom corner.

French international N’Golo Kante made his debut for Chelsea after his 32 million pounds ($42.5 million) move from English Premier League champions Leicester, coming on as a substitute in the second half.

Bertrand Traore opened the scoring for Chelsea in the first half when he headed home from close range in front of a crowd of more than 64,000 at the new US Bank Stadium in Minneapolis, Minnesota.

It was the first major sporting event held in the 73,000-seat facility, which is the home of the National Football League’s Minnesota Vikings.

Giancomo Bonaventura scored the only goal for Milan with a perfectly placed curving free-kick in the 38th minute.

New Bayern coach Carlo Ancelotti was unable to get one over his old team Real Madrid as substitute Danilo scored in the 79th minute with a stunning individual effort.

Danilo charged down the flank then cut sharply to his left and split the Bayern defense before blasting a left-footed shot through the hands of goalkeeper Sven Ulreich.

Although Bayern Munich controlled most of the play in the first half, they were unable to capitalize on their scoring chances.

Both teams were without several of their star players.

Portuguese superstars Cristiano Ronaldo, Gareth Bale, Pepe and Toni Kroos sat out the tour after featuring in the European Championships and French striker Karim Benzema was ruled out with an injured hip.

While the absence of the stars was a disappointment many North American fans, it opened the door for young players such as Julian Green.

The 21-year-old fired a hat-trick against Inter Milan as Bayern won 4-1 last week.

Real Madrid’s first competitive engagement of the new season is in the UEFA Super Cup against Sevilla in Trondheim, Norway on Tuesday, August 9.