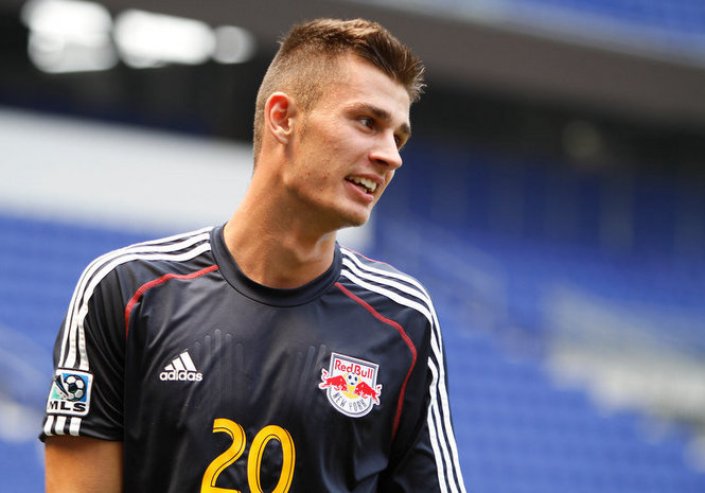 Miazga agreed a four and a half year contract with the west London club as they look to the future at their problematic centre-back position.

With John Terry in the twilight of his career and Gary Cahill and Kurt Zouma both prone to inconsistent form, Chelsea’s defence has been far from impregnable and Miazga could provide the answer if he continues his rapid development.

“I am very happy to sign for Chelsea, a world-famous club with a reputation for major success,” Miazga told Chelsea’s website.

“I am delighted to be in the Premier League, the best league in the world, and can’t wait to meet my team-mates and get going.

“I am still at the beginning of my career but I believe this is the place to develop and learn from some of the best players in the world.”

The New Jersey-born 20-year-old joined the Red Bulls Academy in 2009 and made his debut for the Major League Soccer outfit aged 18.

In the 2015 season, he helped the Red Bulls finish with the best regular season record in North America as they advanced to the Conference Finals.

Miazga made his debut for the US national team in November having represented his country at Under-20 and Under-23 level. – Agence France-Presse