Home 2019 Cheng Hoe on Sumareh and the team’s ‘confidence’ 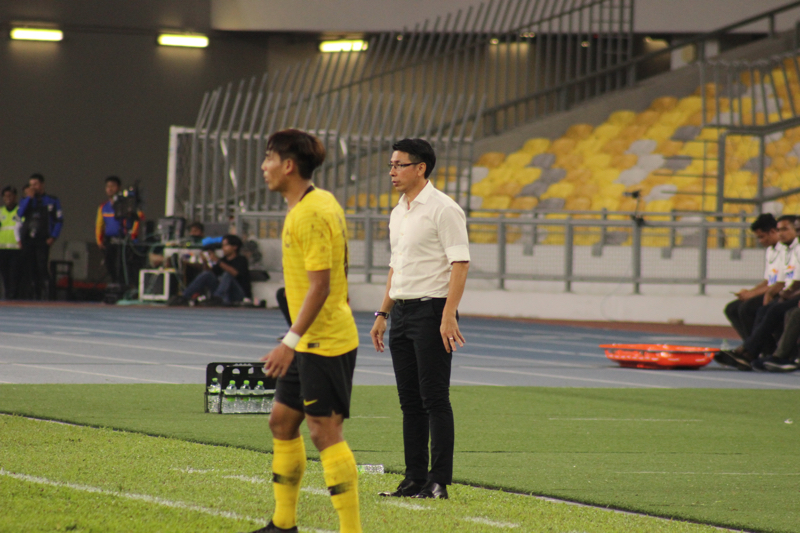 Mohamadou Sumareh watched from the stands as Malaysia hit a sixer against Sri Lanka in an international friendly at the National Stadium in Bukit Jalil – serving his third of the four-match ban slapped on him in international matches.

The Gambia-born naturalized Malaysian, however, is coach Tan Cheng Hoe’s trump card for the away match against Vietnam in a World Cup/Asia Cup qualifier in Group G at the My Dinh Stadium in Hanoi on Thursday.

The Pahang player snatched a brace with his pace and scoring touch in the inspiring win over Indonesia after Malaysia had fallen behind in Jakarta.

Cheng Hoe has dropped the injured trio – J. Partiban, Nor Azam Azih and Shahrel Fikri – for the Hanoi trip but the 6-0 win over the 202 ranked Sri Lankans is much needed “confidence booster” for the Vietnam match.

“The Vietnamese are good in counter-attacks and have the speed to trouble us. This is where we have to be wary. Vietnam is far superior in all aspects of the game compared to Sri Lanka and we need to plug the shortcomings for a positive result in Hanoi,” said Cheng Hoe a recovery training session on Sunday.

In the same breath, Cheng Hoe added that the Johor Darul Takzim (JDT) defender Aidil Zafuan Abdul Radzak has “added stability” to the backline but more needs to be done if Malaysia does not want to concede goals.

Malaysia conceded two against Indonesia in their 3-2 win at the Gelora Bung Karno Stadium in Jakarta and let in another two in their 1-2 defeat against the United Arab Emirates in Bukit Jalil.

A plus factor for Cheng Hoe is the scoring form Syafiq Ahmad who fired a hat-trick against Sri Lanka while Norshahrul Idlan Talaha still has the scoring touch with the Pahang striker silencing critics who had questioned his place in the national team.

“It has given them the confidence to do better. This is vital when playing against Vietnam away. I have faith in the team. Those who played against Sri Lanka did not let the team down and hopefully, they can keep the same momentum in Hanoi,” added Cheng Hoe.

The other scorers against Sri Lanka were Shahrul Saad and Akhyar Rashid. RIZAL ABDULLAH