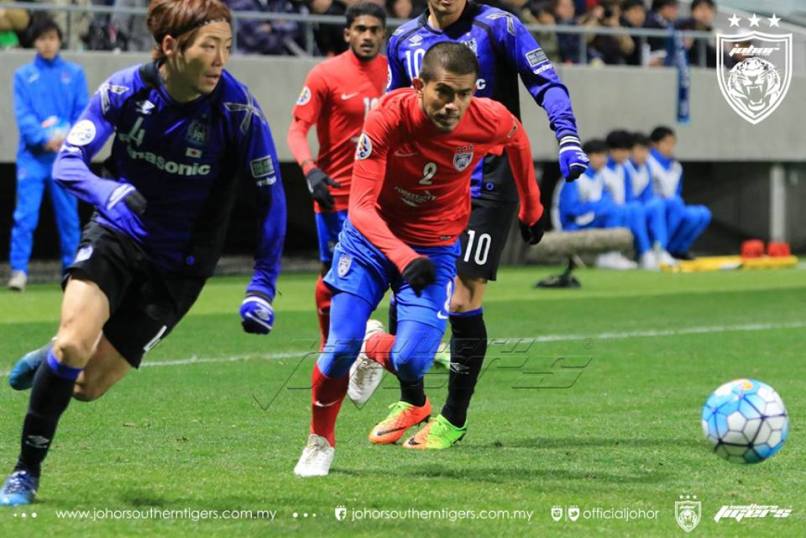 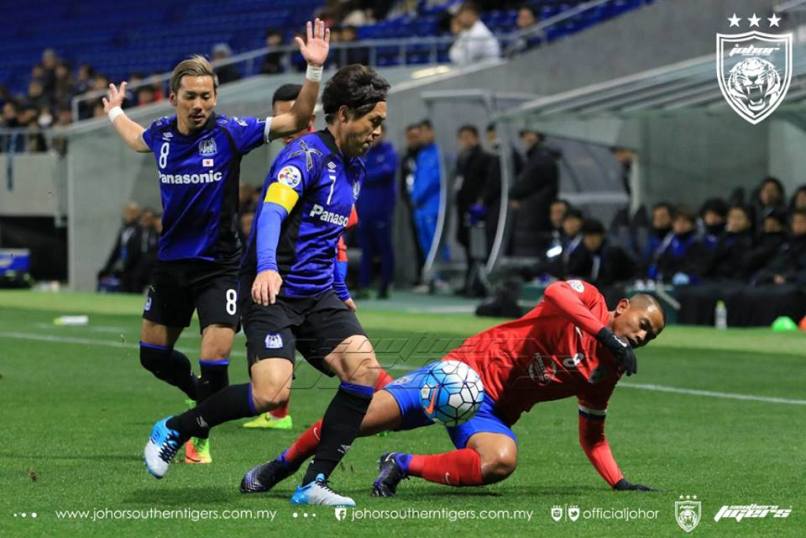 # JDT to play in Group F in AFC Cup

With the temperature hovering around 3 degrees three-time Malaysian Super League champions Johor Darul Takzim’s hopes of creating football history to play in the AFC Champions League disappeared in the cold and chilly conditions in Osaka on Tuesday.

The Johor outfit fell to a 3-0 defeat to Japan’s Osaka Gamba in the AFC Champions League playoff at the Suita City Football Stadium and will once again play their trade in the AFC Cup.

The defeat means the Southern Tigers will play in Group F of the 2017 AFC Cup against Myanmar’s Magwe, Global FC (Philippines) and newcomers Boeungket Angkor FC of Cambodia.

The Cambodian club defeated Lao Toyota 1-0 at the National Stadium in Vientiane for a 2-1 aggregate win after the first-leg ended in a 1-1 draw.

JDT succumbed in a three minute spell in the first half and never recovered from the double blow which came in the 26th and 29th minutes. Osaka Gamba opened scoring through Ademilson when he found the net with a dipping header off a cross from Yasuyuki Kanno on the left.

The more than 8,000 fans at the stadium saw the homesters increase their tally to 3-0 on 70th minute with Genta Miura headed home Yasuhiro  Endo’s assist.

JDT, the 2015 champions, will open this year’s AFC Cup campaign against Beoungket Angkor at the Larkin Stadium in Johor Bahru on Feb 21.

With the win over JDT, Osaka Gamba will play in Group H in the AFC Champions League alongside Adelaide United (Australia), Jiangsu Suning (China) and Jeju United (South Korea).