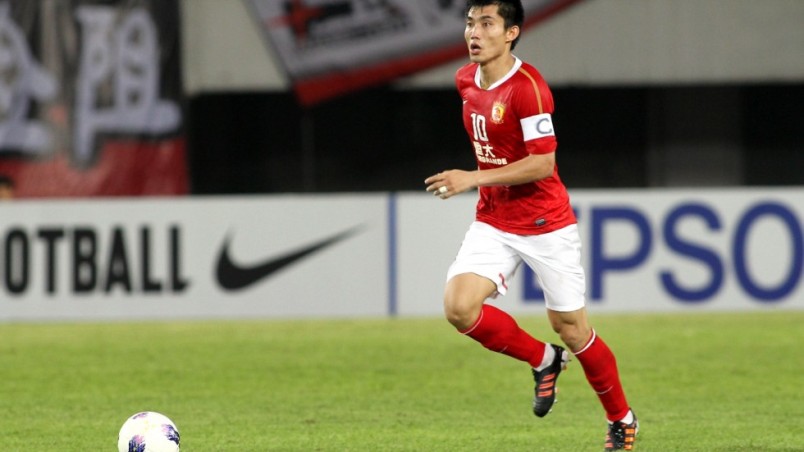 China’s national captain Zheng Zhi  (main pix) and Turkish striker Burak Yilmaz were both banned for several games as the Chinese FA dished out another round of draconian punishments.

Brazilian internationals Oscar and Hulk and their Shanghai SIPG manager Andre Villas-Boas are all already suspended over a separate incident and the Chinese Football Association (CFA) late Thursday stepped up its crackdown on bad behaviour on the field.

Zheng, also skipper of reigning Chinese Super League (CSL) champion Guangzhou Evergrande, was banned for four CSL games and fined 40,000 yuan ($6,000) for failing to gather all his players to shake the hands of the officials in Evergrande’s 4-3 defeat last weekend at Tianjin Quanjian.

It makes it an expensive few days for the 36-year-old Zheng, who was also fined 100,000 yuan by his club for the incident.

The rest of the Evergrande side including Brazilian midfielder Paulinho were all fined and warned for the same misdemeanour, and the club was censured and fined.

Yilmaz, who plays for Beijing Guoan, was meanwhile banned for five games for “pushing the opposite side’s player and causing a bad impact” following his red card in a bad-tempered 0-0 draw home to Jiangsu Suning on June 26.

Suning’s Li Ang got four games following the flare-up, when players and staff from both sides piled in as the game ended in acrimony.

That outbreak of violence erupted soon after Oscar triggered a brawl in an earlier CSL game, with the CFA banning him for eight matches. – Agence France-Presse