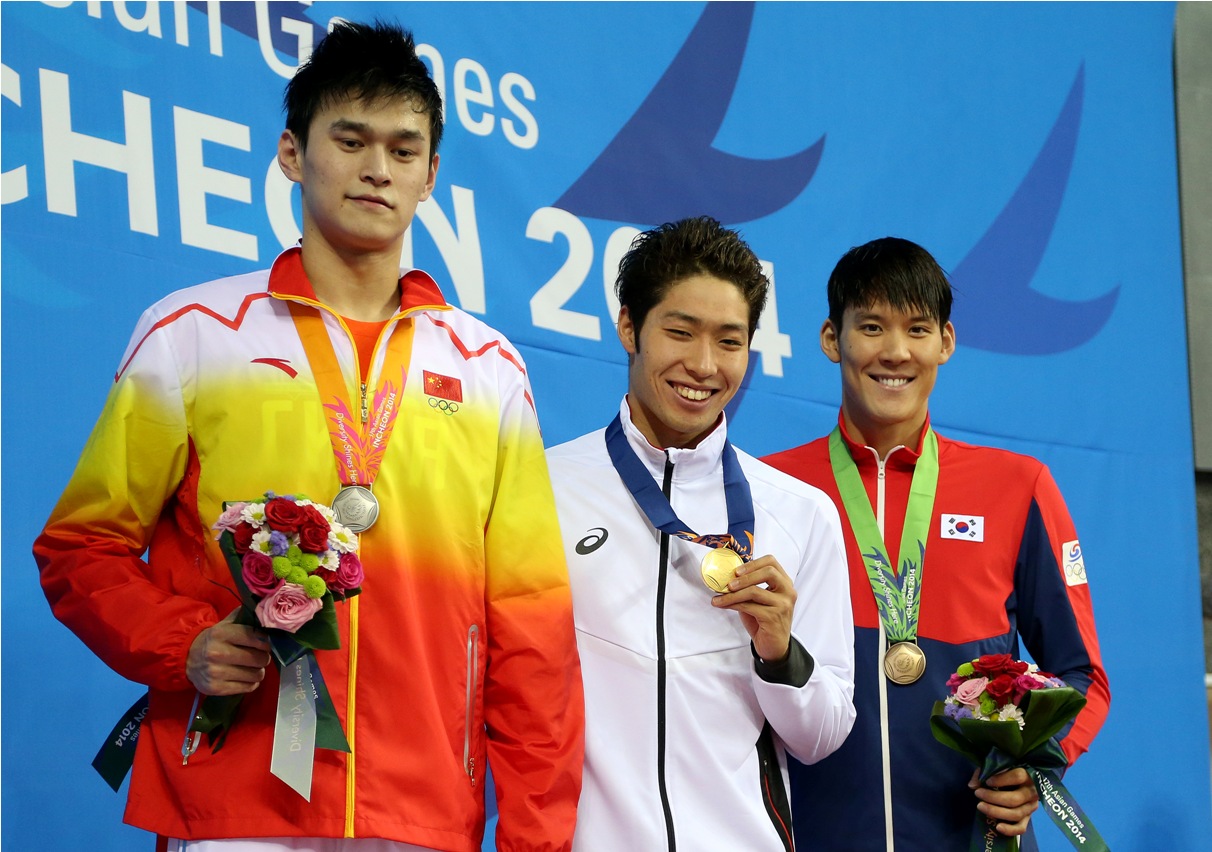 China’s controversial swimming superstar Sun Yang has taken a potshot at rival Japan’s national anthem at the Asian Games, describing it as “ugly”.

The double Olympic champion told Chinese media he had taken great pleasure in helping the men’s 4×100 metres freestyle relay team beat the Japanese on Wednesday. He then indulged in a spot of diplomatic jousting.

“The Chinese let their anger out tonight,” he is heard as saying on a Chinese-language audio passed to AFP. “Honestly speaking, the Japanese national anthem sounds ugly.”

“I didn’t hear what he said so it’s hard to comment,” he said. “But first and foremost we’re all athletes and we have to respect each other. We also have to show human values so hopefully we can continue to compete in that atmosphere.”

Sun is no stranger to controversy, getting himself suspended from swimming for six months after police detained him last year for colliding with a bus while driving his Porsche without a license.

China’s swimming bad boy previously had a public bust-up with his coach after he voiced disapproval of the swimmer’s dalliance with an air hostess.

Japan got off to a flying start over the first two days of the Asian Games swimming competition, triggering an angry rant from a top Chinese swim official, who ordered Hagino to sit down as he tried to leave a press conference.

China have since roared back to open up an 18-11 lead in gold medals after five days.

Sun won gold in the 400m freestyle, in which he is the Olympic champion, but blamed a thumb injury for his stunning defeat by Hagino in the 200m. The sore digit also forced him to switch to the third leg of the relay.

“My hands still hurts and I have the 1,500m to go,” said the giant Chinese, also the Olympic champion and world record holder in the 1,500 free.

“There would have been an impact (on the race) if I was the lead-off swimmer as I could have had a weak start. But the coaches put me in third so there would be less pressure.

“Right now I’m struggling for speed and I would feel less pressure in there. We were ahead of Japan when I touched and I knew it would be no sweat for (Ning) to beat them given his speed,” Sun said. – Agence France-Presse