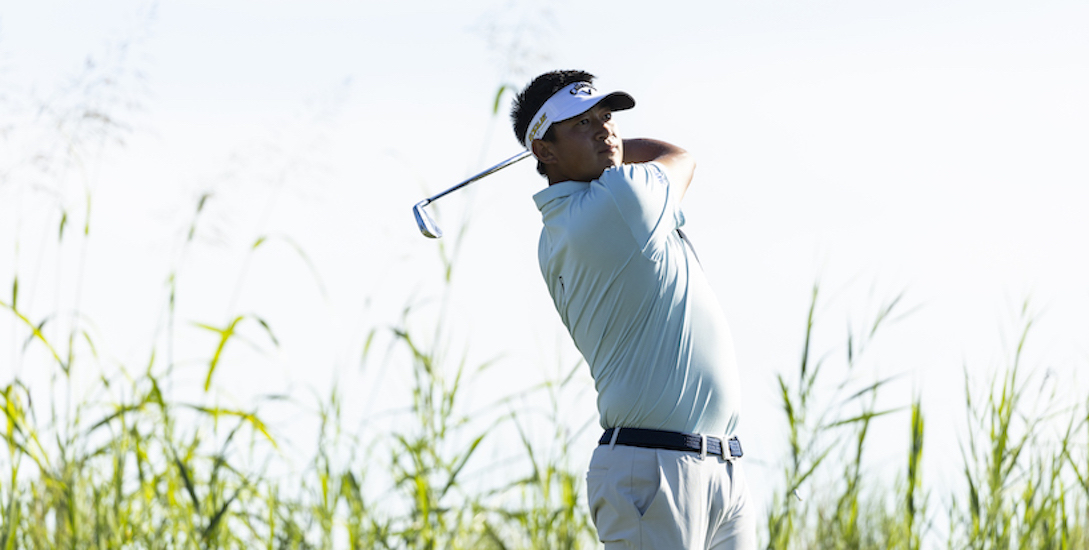 China’s Carl Yuan fired seven birdies en route to a first round of 6-under 66 and tied second place in the Korn Ferry Tour Championship presented by United Leasing & Finance on Thursday to boost his hopes of finishing No. 1 in the season-long points race.

The 25-year-old Yuan, who has already secured his PGA TOUR card for the new season, has made it his mission to earn the top ranking which offers exemptions into next year’s THE PLAYERS Championship and U.S. Open.

Thailand’s Kiradech Aphibarnrat opened with a 67 to share eighth place and keep his hopes of regaining his PGA TOUR card alive while three other Asian golfers who have already secured their PGA TOUR cards through the Korn Ferry Tour Regular Season – Korea’s Byeong Hun An, Kevin Yu of Chinese Taipei and China’s Marty Zecheng Dou – enjoyed solid starts with rounds of 67, 67 and 68 respectively.

Canadian Michael Gligic posted an 8-under 64 to hold a two-shot first round lead at Victoria National Golf Club.

Yuan was pleased with his first day’s effort which included three birdies over his closing four holes which kept him close to the lead. The closing stretch at Victoria National is rated amongst the toughest on the Korn Ferry Tour.

“I was very pleased with how I played those holes. 16 is a tough par 3 and I made a long putt there and on 18,  I was glad it was a bit downwind off the tee which made it a bit easier. Only had a wedge into the green. If it’s straight into the wind, it’ll be a great finishing hole,” said Yuan.

With one victory and three runner-up finishes, Yuan had held the top spot on the Korn Ferry Tour rankings from mid-March before being overtaken last week by Paul Haley II, who shot an opening 69 on Thursday.

Yuan knows a strong finish to his Korn Ferry Tour campaign will also be the springboard when he begins life on the PGA TOUR next week with the season-opening Fortinet Championship in Napa, California. “For sure, we’re right around the corner next week. If I play some solid golf, it’ll definitely bring some momentum and confidence into the PGA TOUR season,” he said.

Kiradech, a multiple winner on the DP World Tour, is playing in the Korn Ferry Tour Finals, a three-events series which offers the top-25 players with PGA TOUR cards, for the second straight year after failing to retain his PGA TOUR card.

With seven birdies and two bogeys on the card, his current position after the first round is projected to move him up to 26th position, one rung outside the qualifying mark.