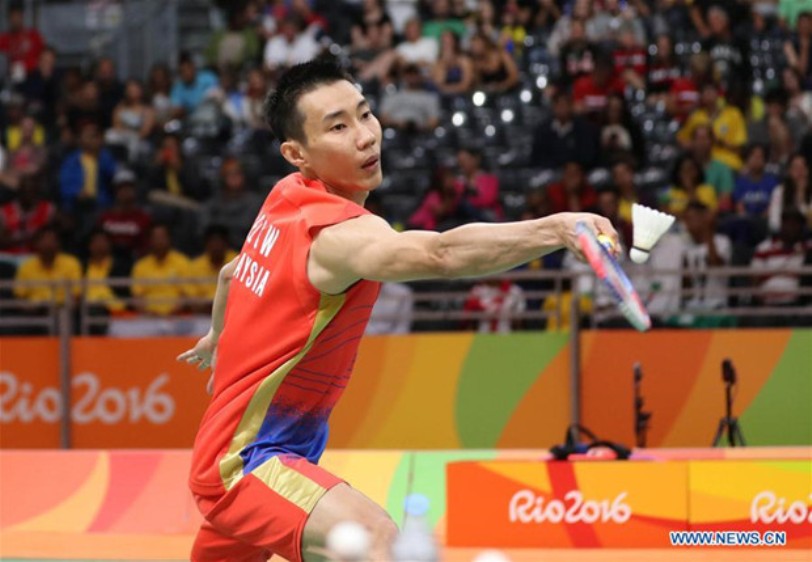 Datuk Wira Lee Chong Wei will not have it easy in this year’s World Championships in Glasgow, Scotland from Aug 21-27.

The luck of the draw has pitted the Malaysian ace on course for a quarter-final clash against China’s Asian champion Chen Long and it is a major obstacle for Chong Wei,

The 35-year-old Chong Wei’s record against the Chen Long has been far from impressive and his defeat in the Rio Olympics final stands out like a sore thumb for the Malaysian.

Chen Long, who won the world titles in 2014 and 2015 is seeded only fifth in Glasgow. The top seed is South Korea’s Son Wan-ho while Denmark’s Viktor Axelsen is the third seed.

Chong Wei, seeded second in Glasgow, opens his campaign against Frenchman Brice Leverdez – the man who pulled off a shock 21-17, 20-22, 21-19 win over the Malaysian in the Yonex Denmark Open last year.

Chong Wei, however, holds a 7-1 head-to-head advantage over Leverdez. He beat the Frenchman 21-15, 21-12 in this year’s All-England on his way to his fourth title in Birmingham.

It is a tough draw for the 34-year-old Chong We. Together with him in the bottom half are Denmark’s third seed Viktor Axelsen and China’s fifth seed Tian Houwei.

Chong Wei could face a possible third round clash with Houwei in the third round. A win would see the Malaysian cross paths with Chen Long.

Chen Long will go into the fray as the reigning world and Olympics champion who added the Asian title in April this year.

The top seed, however, is South Korean toughie Son Wan-ho. In the same half with Wan-ho is five-time world champion Lin Dan, who is seeded seventh. The two could be involved in a battle of their own to make the final.

In the same half are China’s fourth seed Shi Yuqi and India’s rising star K. Srikanth, who won the Indonesian and Australian Open this year.

The possibility of a dream final between Chong Wei and Lin Dan – two of the biggest names in badminton in Glasgow is still a possibility. – BY RIZAL ABDULLAH