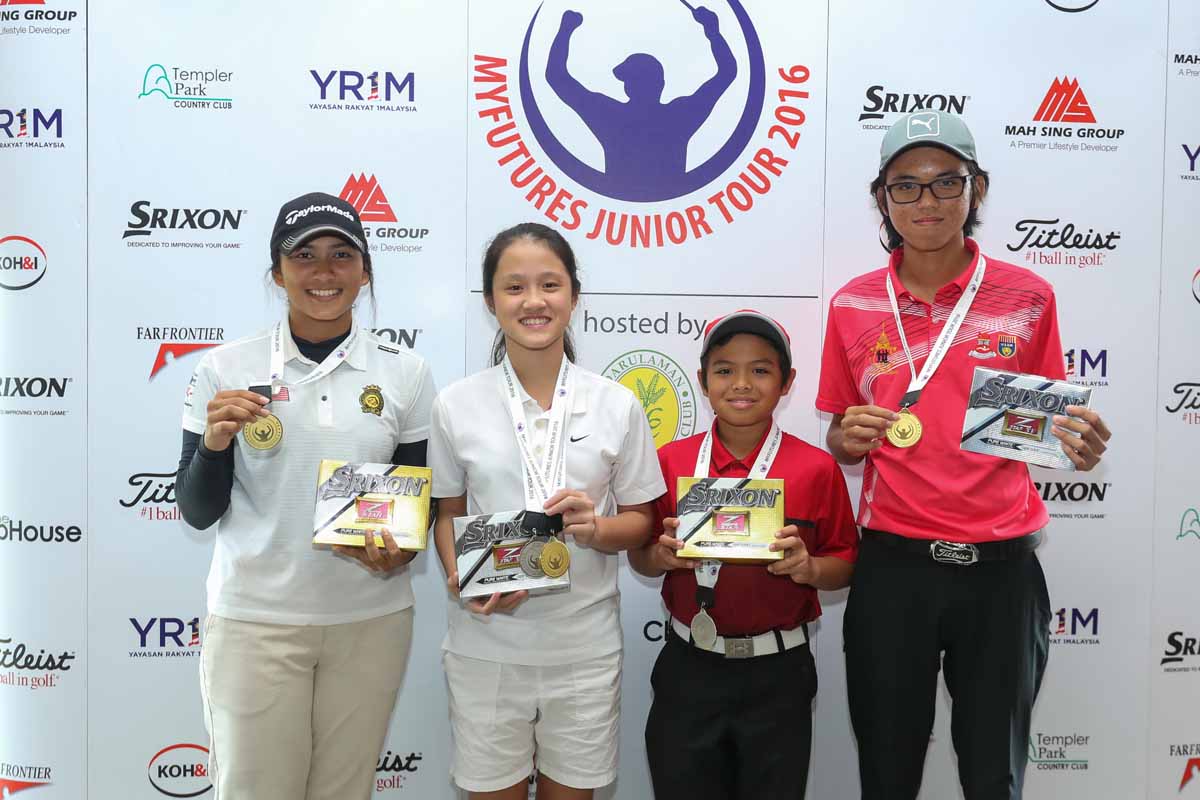 Yayasan Rakyat 1Malaysia (YR1M) continues to support the inaugural MYFutures Junior Tour, which witnessed increased competition in its penultimate qualifying leg before its Tournament of Champions next month. Over the last couple of days (12-13 Aug), 63 players aged between 10 and 18 years old competed in the sixth leg held at the Darulaman Golf and Country Club.

To add value to the tour, YR1M arranged an afternoon dialogue session on “What’s next after Junior Golf” for the junior players and their parents.

The dialogue session was conducted by a US-based coach and two collegiate golfers who are part of the YR1M 1Malaysia Golf Programme. The main speaker was Shane Gillespie, a professional golf coach from the PGA TOURAcademy in the United States.

“Junior golfers who have good academic grades and golf performance can pursue scholarships from universities in the United States, and this can open up the wayfor them to continue their tertiary education overseas, while continuing to play golf,” Shane said.

“This gives them the chance to improve their game while obtaining a university degree,” he added.

In addition, the two US-based collegiate golfers namely, Muhammad Naqiuddin bin Mohamad Fuad and Paul San, shared their thoughts on how they got to college through golf.

Both of themhold college golf scholarships provided by their respective universities to play under the National Collegiate Athletic Association (NCAA) in the United States.

YR1M Chief Executive Officer Ung Su Ling commented that the dialogue was just one of many initiatives lined up by YR1M as part of its commitment to develop junior golf through its support of the MYFutures Junior Tour.

“We organised this event in conjunction with the MYFutures Junior Tour because many parents are concerned about the future of their kids who are passionate about golf. We hope this talk provides some clarity for the way forward for junior golfers,” said Ung.

The final qualifying leg will be at Clearwater Sanctuary Resort in Batu Gajah, Perak on 27-28 August before the Tournament of Champions at Templer Park Country Club in Selangor from 14 to 16 September.