Home International Golden goodbye as Phelps signs off with 23 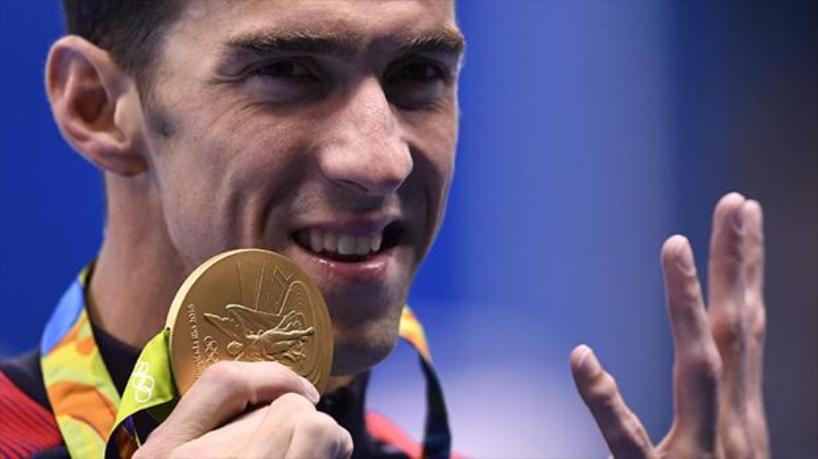 Michael Phelps brought down the curtain on his record-breaking career with his 23rd Olympic gold medal as Mo Farah stole the show at the athletics with a gritty 10,000m win on Saturday.

Ryan Murphy broke a seven-year-old world record in the backstroke leg of the 4x100m medley relay, but Phelps still needed to come from behind on the butterfly before Nathan Adrian touched in a new Olympic mark of 3min 27.95sec.

It was a fittingly triumphant swansong for Phelps, 31, the most decorated Olympian in history who added five golds and a silver in Rio to finish with 28 medals overall.

Earlier the United States also won the women’s 4x100m medley relay — the country’s 1,000th gold medal in Olympic competition according to the US Olympic Committee.

Usain Bolt launched his bid for the ‘treble-treble’ by cantering through the 100m preliminaries but all eyes were on Farah as he survived a nasty fall to retain his 10,000m crown.

Farah picked himself up after being clipped by training partner Galen Rupp and he produced a trademark surge on the last bend to win it in 27min 05.17sec.

“When I went down, I thought, ‘Oh my God, that is it.’ I just got up and wanted to stick with the guys and stay strong,” Farah said. “It’s never easy but everyone knows what I can do.”

Elaine Thompson ended the reign of Shelly-Ann Fraser-Pryce with a women’s 100m victory of 10.71sec which torpedoed her fellow Jamaican’s hopes of an Olympic hat-trick in the event.

Tori Bowie of the United States took silver with 10.83sec while Fraser-Pryce claimed bronze in 10.86. 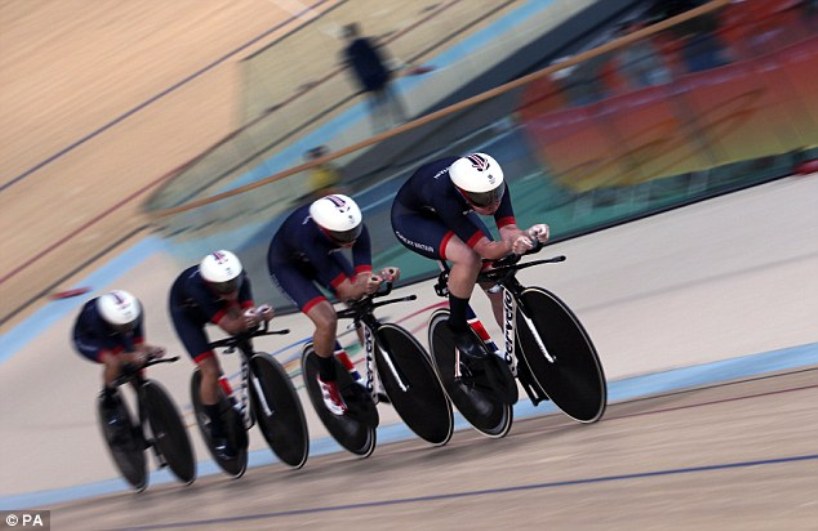 Twenty-one golds were on offer on ‘Super Saturday’ but there was no repeat for Britain’s golden girl Jessica Ennis-Hill, who was dramatically denied a second straight heptathlon win.

Belgium’s Nafissatou Thiam needed to finish the last event, the 800m, within nine seconds of Ennis-Hill, and she made it — just — when she crossed 7.47sec behind.

American Jeff Henderson won the long jump with a leap of 8.38m, and immediately dedicated the victory to his mother, who has Alzheimer’s disease.

“My mum can’t be here, she has Alzheimer’s. When I place that medal in her hands, I’ll be crying,” Henderson said.

Germany’s Christoph Harting won discus gold to keep the title in the family after his brother Robert, the 2012 champion, ruined his chances by straining his back while turning off a light with his foot.

And the Netherlands’ Elis Ligtlee pulled off a shock when she won the women’s keirin, beating Britain’s Becky James with Australian legend Anna Meares third.

Brazil and Argentina’s basketball captains appealed for calm among their rival fans before the visitors won a gripping and tightly guarded contest 111-107 after double overtime.

But football star Neymar cheered the hosts as he curled in a free kick for his first goal of the competition in a 2-0 quarter-final victory over Colombia.

In tennis, Andy Murray shrugged off a code violation for directing the word “stupid” at the umpire to crush Japan’s Kei Nishikori 6-1, 6-4 and move one win away from becoming the first player to win back-to-back Olympic singles titles.

The world number two and reigning Wimbledon champion will face the resurgent del Potro, who edged 2008 champion Nadal 5-7, 6-4, 7-6, (7/5) — after knocking out world number Novak Djokovic in the first round.

And finally, there was an answer to the great riddle of why the diving pool has turned green: a contractor poured in hydrogen peroxide, neutralising the chlorine.

Organisers gave up hopes of cleaning up the adjacent water polo and synchronised swimming pool, which was also affected, and started replacing the cloudy water instead. – Agence France-Presse