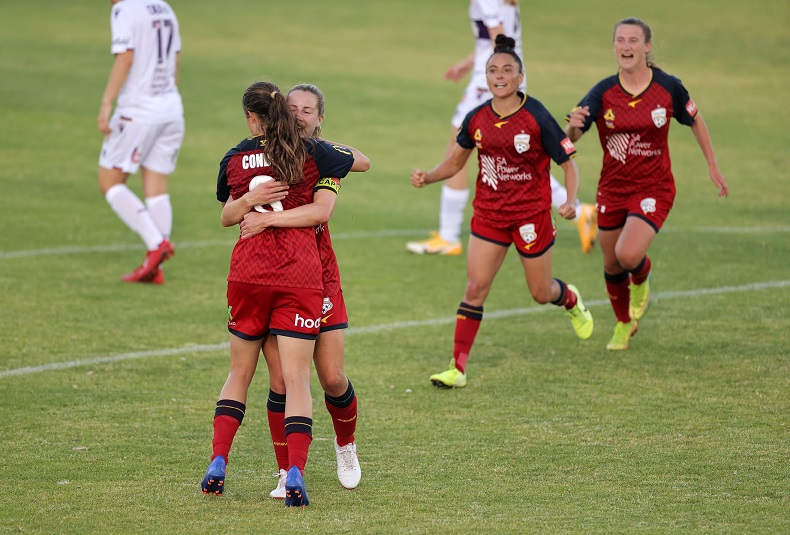 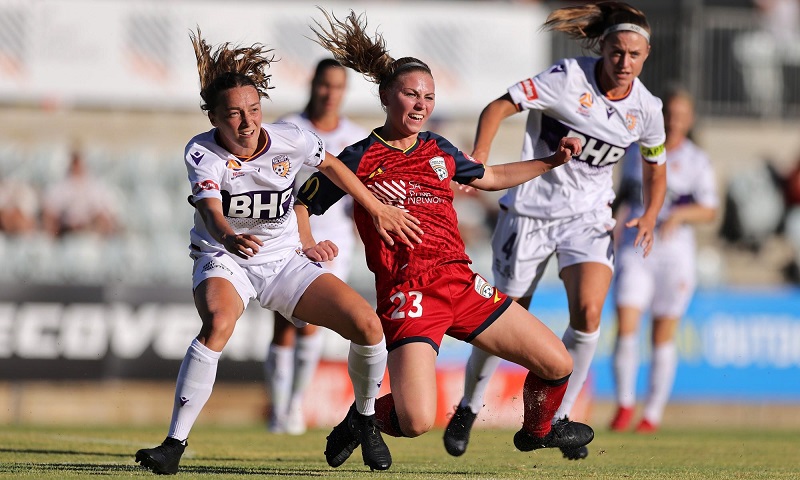 Adelaide United bounced back from their opening round loss as Emily Condon’s penalty fired the Reds to a 1-0 victory over Perth Glory.

Condon opened her account for the season from 12 yards, her spot-kick bursting through the Glory net in the 80th minute, to earn Adrian Stenta’s side their first points of the campaign following a dramatic 4-3 opening round defeat against Canberra United.

Adelaide had been hammering on the door but Perth seemed set to survive the onslaught in their season opener until Chilean star Maria Jose Rojas was brought down after tangling with Glory captain Natasha Rigby in the penalty box.

Making his competition debut in the Perth dugout, coach Alexander Epakis’ side took a direct approach and made a promising start to their season opener in South Australia as English striker Gemma Craine rattled the post inside two minutes.