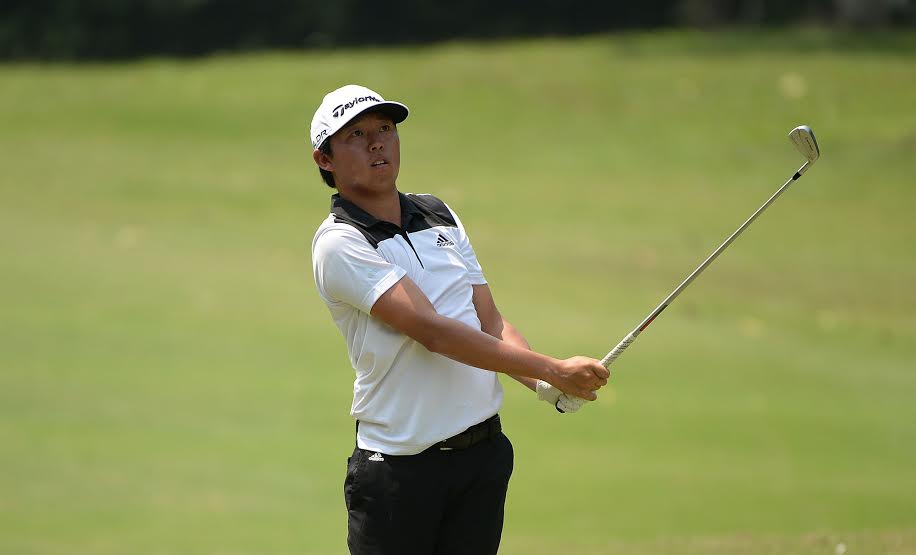 Fresh off featuring in all four rounds at the world’s oldest Major, the 27-year-old has already laid down the marker for the pretenders to his throne.

“Considering it was my very first Major, I’m happy to have played in all four rounds. My form is good and for this week, I’ve obviously played well and won here, so I’m going to compete and try to win again.

“I’ve no plans to make any changes to my strategy this year and I’m just going to stick to what I’ve done when I won,” said Lipsky.

The defining moment in Lipsky’s career came at the Omega European Masters last year when he defeated England’s Graeme Storm at the first play-off hole to become the first Asian Tour member to win the prestigious Swiss showpiece.

Since then, the trajectory of his professional career has been on the upswing with him going on to win the coveted Asian Tour Order of Merit title.

“My goal has always been to get better every year and improve on my game. It has worked as I’ve gone from winning the Qualifying School on the Asian Tour, to winning the Omega European Masters and subsequently the Asian Tour Order of Merit.

“I’ve been making steady progress and it helps I’m not putting too much pressure on myself unlike what I’ve done in the past,” said Lipsky.

Lipsky will be playing alongside former World number one Lee Westwood of England and his compatriot Danny Willett in his opening two rounds.

Westwood, who won the Omega European Masters in 1999, was pleased the date change has allowed him to make his return to Switzerland after a four-year lapse.

“It has always been up against the FedEx Cup week and I’ve been on the PGA TOUR the last few years so it’s nice to see the date change this year – the week after The Open.

“Obviously, it’s a bit warmer here this time of year than it is normally in September so it should be a great week,” said Westwood.

World number 10, Sergio Garcia of Spain, who is the highest ranked player this week, is also making his long awaited return to the Omega European Masters after a nine-year absence.

The Spaniard arrived on the back of a tied-sixth finish at The Open last week and has featured inside the top-four in each of his last three visits to Crans-sur-Sierre Golf Club.

“I played very well in tough conditions at St Andrews. It was a long week so I’m feeling a bit tired now, but I’m sure I’ll be ready to go tomorrow.

“The weather here is totally different and the ball is going miles because of the altitude, whereas last week it wasn’t going very far at all, so hopefully the course will play a little easier and we can have a fun week,” said Garcia.

The Swiss showpiece is the only event on European soil to be jointly sanctioned by the Asian Tour and European Tour since 2009.