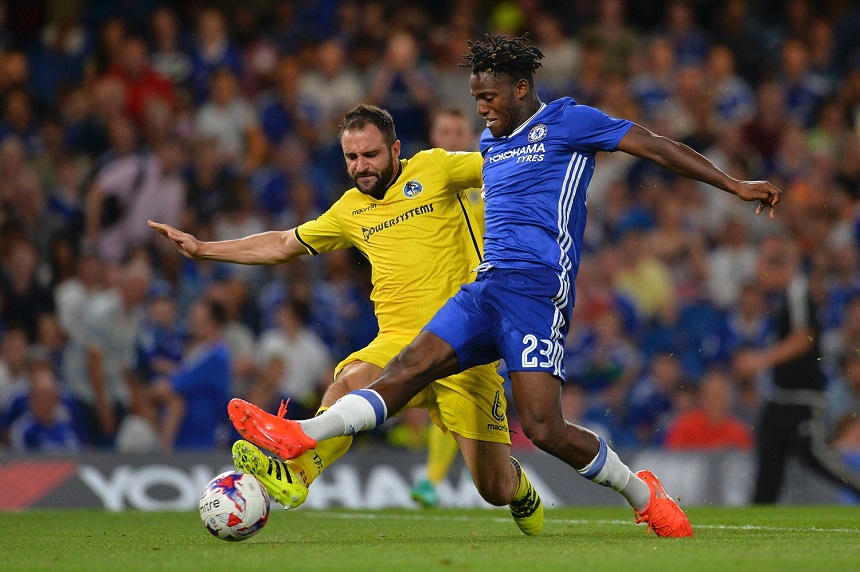 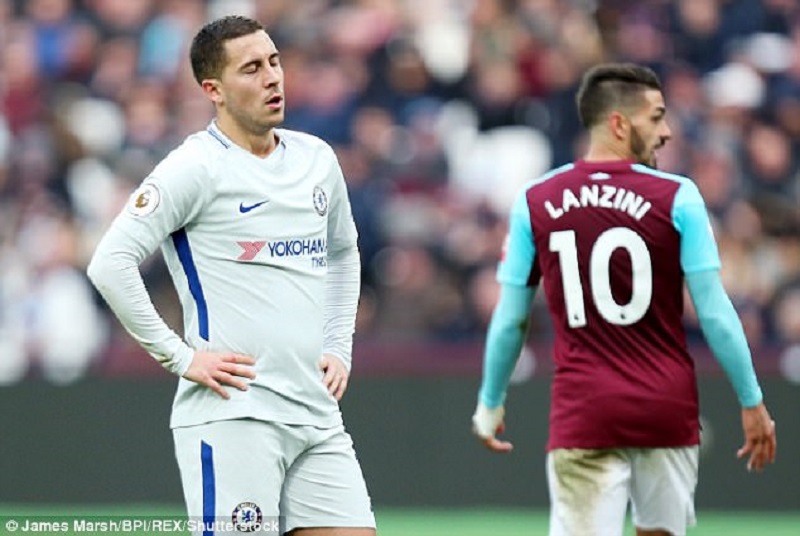 Conte was without suspended striker Alvaro Morata on Saturday but opted to start with a forward line that featured Willian, Pedro and Eden Hazard rather than an orthodox number nine.

The move didn’t pay off as Chelsea failed to turn their dominance into goals, but Blues boss Conte said his striker-free team was his only option because Batshuayi isn’t fully fit.

“Don’t forget today our striker Morata was out. And I think for us this player is very important, he is our finisher,” Conte said.

“In the end we played with a second option, with three numbers 10’s – Willian, Pedro, Hazard – and we created many chances to score. We must be more clinical.

“Today we played without our striker but in this season we played many times this way.

“Don’t forget that Michy started many games at the star of the season then he had an injury. He’s still coming back from injury and just played 75 minutes against Bournemouth (in midweek).”

Still, although Batshuayi did indeed miss the month of November, the forward has only started two league games for Conte this season.

“I think there is nothing to explain,” said Conte when asked why he opted not to start Batshuayi at Goodison.

“I decided to play with Hazard, Willian and Pedro. This is not the first time.

The Italian bemoaned Chelsea’s lack of luck, with Phil Jagielka clearing two first half efforts off the Everton line in quick succession and home defender Ashley Williams heading against his own post in the second half.

But the failure to see off Allardyce’s team left Chelsea stuck in third place and with virtually no chance of catching leaders Manchester City.

“We must be disappointed because this type of game we deserve to win, we deserve three points,” said Conte.

“It is another clean sheet but if you want to win this type of game, you must be more clinical, you must take your chances.

“But I am very happy with the commitment of our players. It is a pity we dropped two points but we played very well.”

Everton have now won five and drawn two – against Liverpool and Chelsea – of the seven games since Allardyce agreed to take over as manager from Ronald Koeman.

And although defender Michael Keane missed a glorious chance to win the game in the 90th minute for his team, Allardyce was also aware that he owed a debt to his goalkeeper Jordan Pickford, whom he first came across when managing him at Sunderland.

“I knew he was a talented goalkeeper but his growth has been miraculously quick for a goalkeeper,” said Allardyce.

“He seems to be able to get to the right spot, his starting positions are exceptional, and that’s why he is making the saves he is.

“Hopefully he is going to get as far as he can by doing a great job for us.”- Agence France-Presse