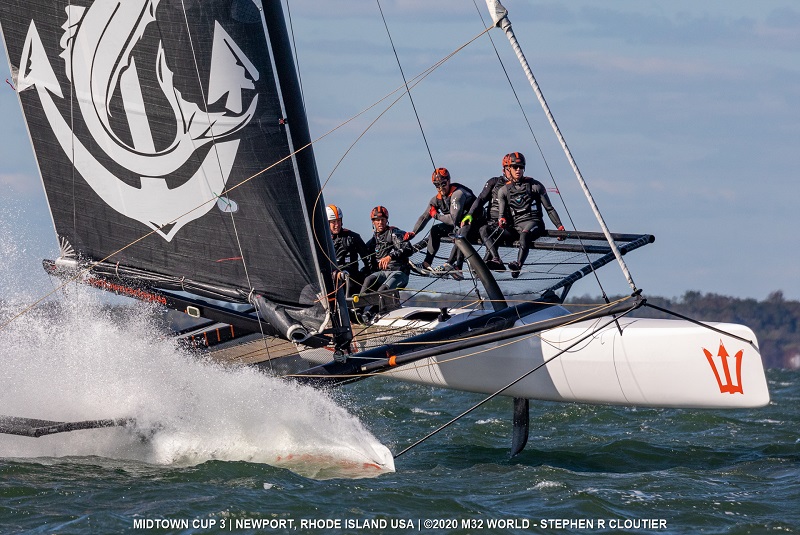 This weekend’s Midtown Cup Series event will undoubtedly linger in competitors’ minds as they prepare for the Midtown Cup’s final event in October. Narragansett Bay turned on classic windy conditions, with shifting breeze and gusts over 27 knots, for the eight competitors on the racecourse, resulting in a postponement on day three as officials patiently waited for the sea-state to die down.

Despite the challenging weather, there was no shortage of action. All eight teams brought their A-game and battled for the podium with maximum intensity. Ultimately, it was Convexity Racing that took the top spot.

“I think it was a stressful day for everyone on the water yesterday,” said Taylor Canfield, tactician onboard Convexity, “but it was good to get out in some breeze. We haven’t seen a lot of breeze for this series, so good to let the boat stretch their legs a little bit and get whipped up. It was fun to see the fleet is coming along.”

After day one’s racing, Convexity was firmly ranked third, with six points between the team and the leader, Argo. During day two, the team was able to pull through for the top-ranked spot.

Ted Hackney of Team Convexity said it was some of the most intense sailing the group has done all year, “The boats are about going fast and furious around the racecourse. Today it was just all about having clear communication because everything was happening so quickly. At this point in our racing, we know what everyone’s tendencies are and when to say certain things to make the right decisions. It takes time to build that sort of rapport with the team. So that’s probably our biggest weapon onboard Convexity.”

Notably, newcomer to the fleet, Catapult, dominated the racing for second place, an excellent finish for the team’s second regatta in the M32.

Convexity is still chasing down Argo for the season’s number one ranked spot.

Anthony Kotoun of Argo gave a rundown of the racing from their perspective. “Saturday was a bit of a hectic day from a shift standpoint. It was enough to drive a tactician crazy. We got more than our fair share of good lucky shifts and came out okay. I just stayed cool. Today, we just struggled a little bit, had some bad luck. We were over early, which allowed the other teams to climb back into it. It’s not all white sand beaches.”

He continued, “we’re thrilled to be leading this series. This is one of the most competitive classes in the world. This racing is very hectic and chaotic, stadium-style racing, and great to be doing so well.” 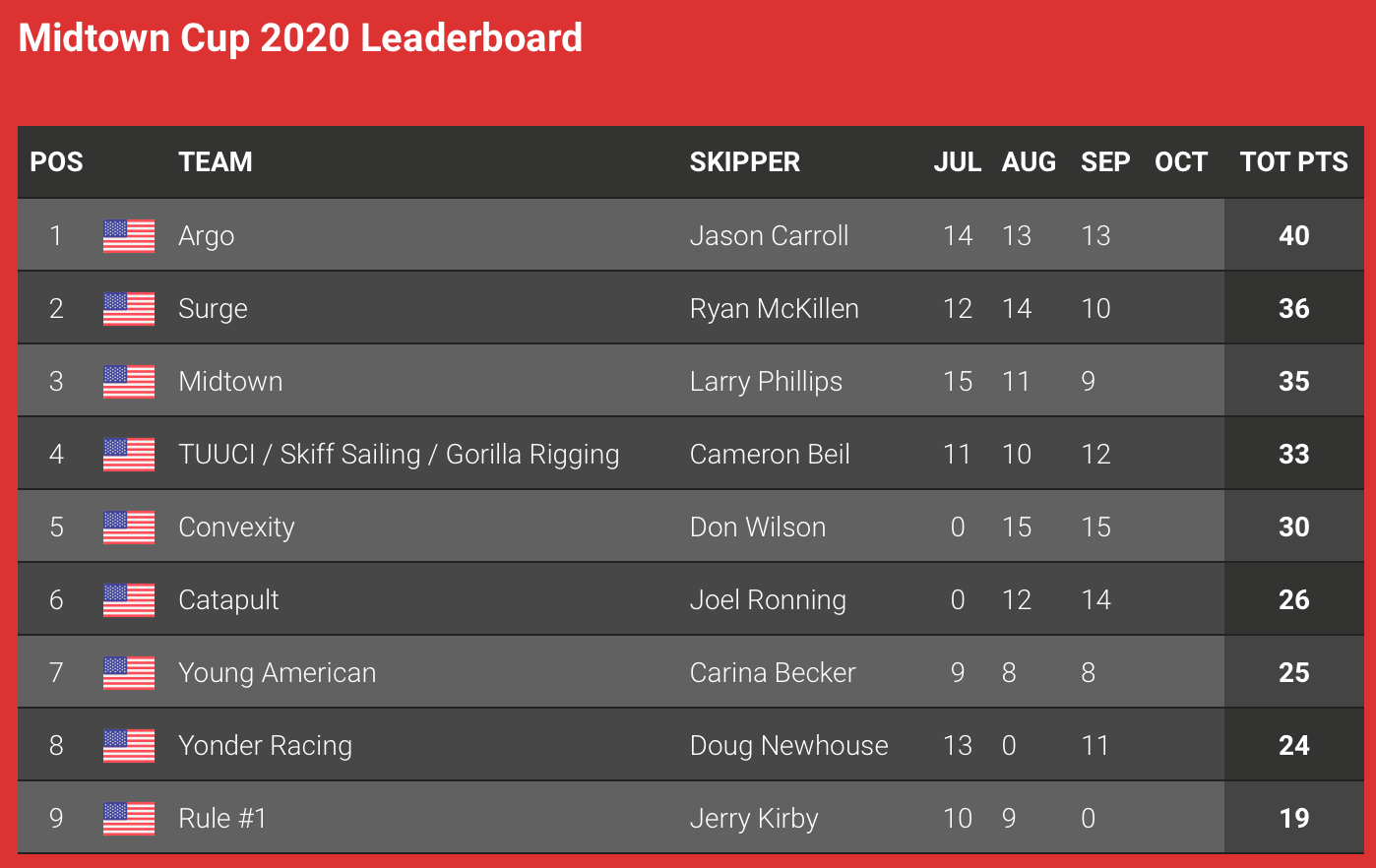 All the teams racing lauded Larry Phillips as the glue keeping the fleet together, especially during the coronavirus pandemic. Phillips’ has been ensuring the fleet can get on the water safely, and keeping everyone fed as a bonus.

With the Midtown Racing Center coming together, and with another three days of sailing left for October, it’s too early to name a winner. In three days, anything can happen. 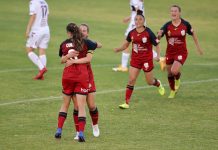