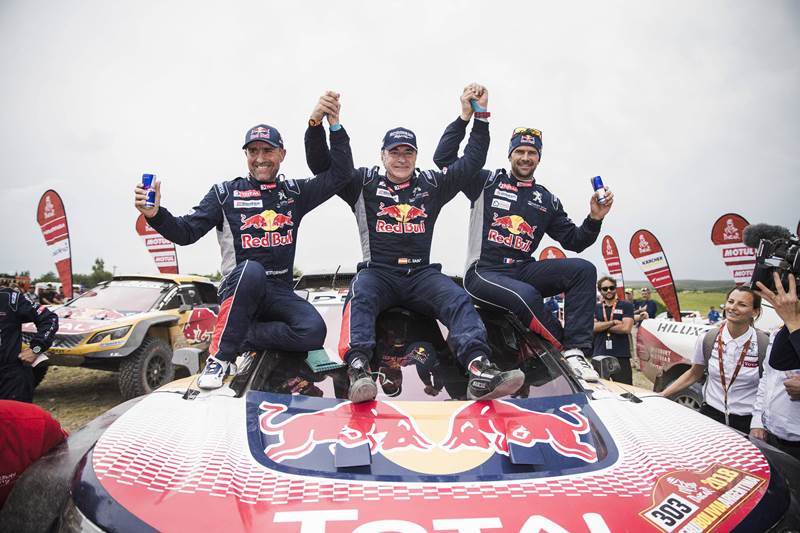 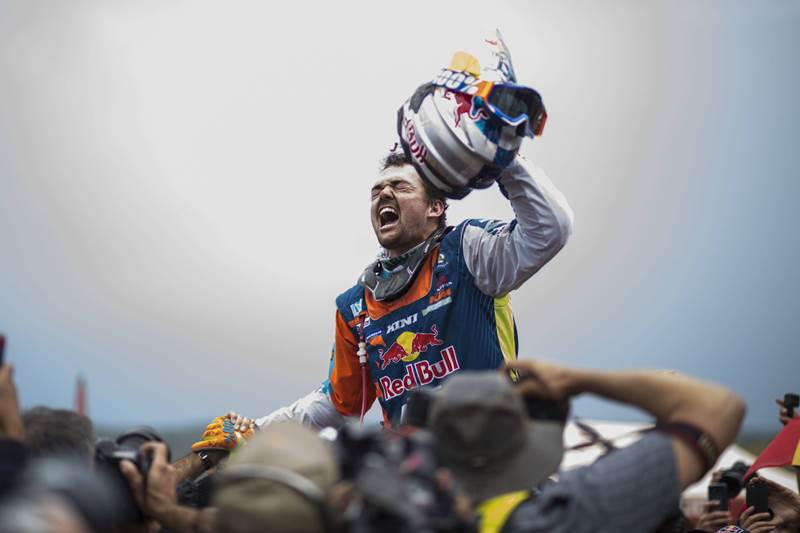 After 9,000km of brutal racing across Peru, Bolivia and Argentina the competitors finally crossed the finish line of the 2018 Dakar Rally in Córdoba.

Carlos Sainz, Matthias Walkner, Ignacio Casale and Eduard Nikolaev all carried big leads heading into the final 120km special stage around the home of rallying in Argentina and were not to be denied.

For Walkner it was a maiden victory in the toughest rally raid on the planet, a second for Sainz and Casale while Nikolaev now has a hat-trick of truck titles.

Experience was the name of the game for Carlos Sainz claiming a second Dakar victory and his first since 2010. The Spaniard had it all to lose going into the final few stages but kept his cool and controlled the race perfectly.

Sainz, 55, said: “I am extremely happy for me and everyone behind the victory. It was hard when you have such a big lead as it is easy to start making mistakes. This was the hardest Dakar I have ever done, including the ones in Africa.”

Peterhansel said: “We did two big mistakes and lost a lot of time. This is the race though. At the end, I still don’t know if I will continue, I need time to think about it.”

Matthias Walkner created a little bit of history in Argentina by becoming the first Austrian to ever win the bike category of the Dakar Rally.

The 31-year-old has been a consistent presence towards the front of the pack throughout the race and in a stage won by Kevin Benavides, Walkner brought his KTM home in eighth to start the party.

Walkner said: “When you are leading with such a big gap in the biggest event in our sport, it was crazy. Now it is time to celebrate. I was never the guy who was winning a lot or losing a lot, just riding always near the front.”

Third-placed finisher Toby Price said: “It is crazy to be here at the finish line on the podium. I couldn’t expect any more. We will come back bigger and better for the next one.”

Laia Sanz, who finished 12th, said: “It was really tough, but to finish in this position is really good. I can be happy. I have started eight Dakar’s and finished all eight which is fantastic.”

Chilean Ignacio Casale has dominated this race from start to finish. After winning the opening three stages in Peru he never looked back and comfortably lifted a second title to add to his 2014 triumph with a huge margin of one hour and 38 minutes to spare.

The records will show Eduard Nikolaev won this race by nearly four hours, however it was far from that simple. The Russian was involved in a neck and neck fight with Federico Villagra up until the penultimate stage when the Argentine suffered a mechanical and had to abandon.

Nikolaev acknowledged after: “Villagra is a very fast competitor. Congratulations to all the teams.”