Home International Davies’ Masterclass at Round 10 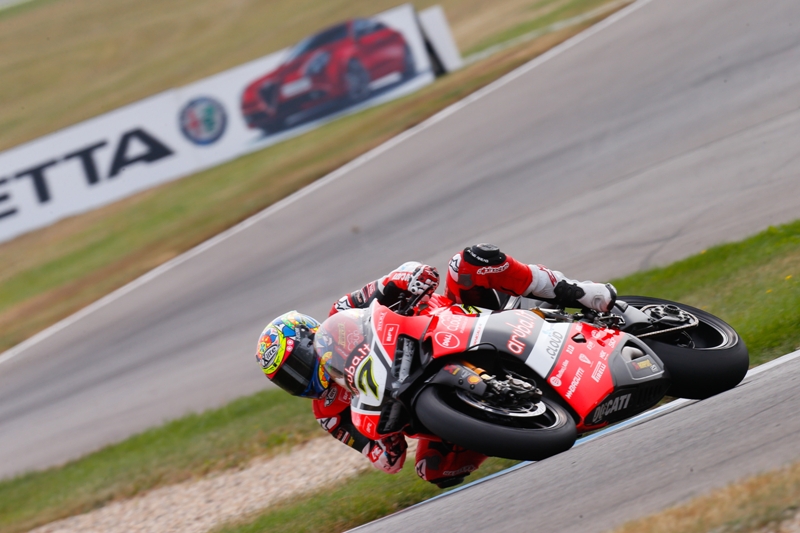 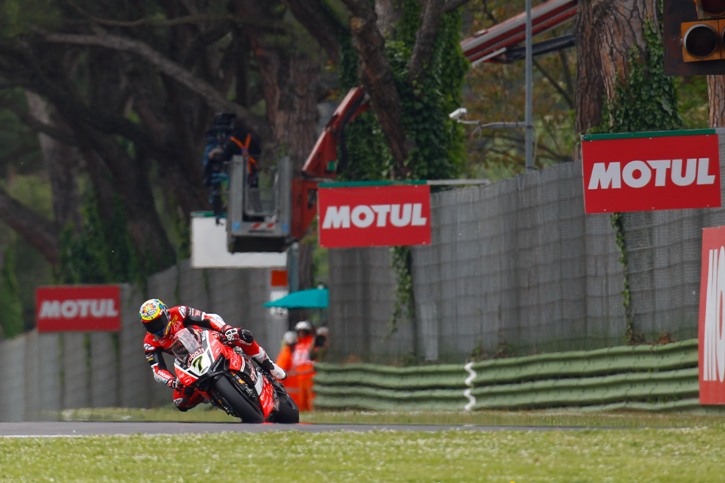 Davies leading the way in first Round back

Davies led from pole into the first corner, before charging ahead to create a gap to his nearest rival Sykes. By lap five Davies was 3 seconds ahead with Sykes, teammate Jonathan Rea and Lorenzo Savadori (IodaRacing Team) fighting for second position.

“I didn’t think it would go like that to be honest, I thought it would be a bit of a lottery in the opening laps,” revealed Davies after the race. “I didn’t know with this harder tyre that we all had to run due to the conditions, well I didn’t put a lot of time on it yesterday. I had to just feel it out. Then when I saw the lap time from the first flying lap I was quite impressed with myself. Then I just kept the hammer down. I wanted to try and break away from the other guys nice and early and that’s pretty much how it went. The bike was mint for the whole race, it has really felt pretty dialed in since the test here.”

“For the championship it is awesome, so we’ll see,” said Sykes after the race results. “Today we rode in tricky conditions, yesterday we had great pace when the track was bedded in nicely with a lot of rubber. But today it was fresh again and Chaz had great pace in this condition. There was no way we could fight with him. His bike was turning so well and he was riding really well, so it wasn’t to be. Second is acceptable. We had a lot of pressure from some guys, especially Nicky all race, so it was a really nice race from this point of view. For tomorrow we need to try and improve. If we can close the gap to Chaz then that is fantastic but there are certainly a few little problems to iron out. Overall it is an acceptable Saturday. Now we can have a long time to socialise and find a better set-up for the ZX-10R for tomorrow.”

“Racing can be like that, up and down in the same day,” exclaimed Hayden after his third position. “You start the day on the ground and with the mechanical (issues), but the team did a great job. Also they came here and tested and made a big effort. I got pushed a little wide in turn 1 and got roughed up and got dropped back. But I had a good pace, the bike was really good on the brakes, so I could make some passes. I really wanted to beat Tom, I saw the fans and I thought lets give them something, so I tried to push after him but he had enough in reserve.”

Drama struck early when reigning Champion Jonathan Rea crashed out on lap 8. The Northern Irishman walked away uninjured, but furious after a tough weekend so far. Rea’s retirement means the gap in the overall standings stands with only 26 points separating him from Championship rival and teammate Tom Sykes.

Friday’s fastest Lorenzo Savadori crashed out of podium contention just after Rea, and local hero Althea BMW’s Markus Reiterberger was forced to retire early on lap 9 due to technical problems. With Rea and Savadori out, Hayden was able to focus on chasing down Sykes but couldn’t catch him and had to settle for third.

Davies crossed the finish line 10.5 seconds ahead of Sykes. The dominant win making him the third rider in WorldSBK history to win with three different manufacturers in the same country; Davies won in Nurburgring with BMW and Aprilia and can finally cross the Lausitzring off the list on a Ducati.

Davies’ teammate Davide Giugliano finished in seventh position ahead of Pata Yamaha WorldSBK Team’s Alex Lowes, who came home in eighth after starting from P12 on the grid after crashing out in the morning’s warm up and sitting out Tissot-Superpole 2.

The WorldSBK field will hit the track again on Sunday 18th of September at 13:00 local time (GMT+2). Will we see Davies win again or will Rea find redemption? Be sure to watch live on WorldSBK.com.