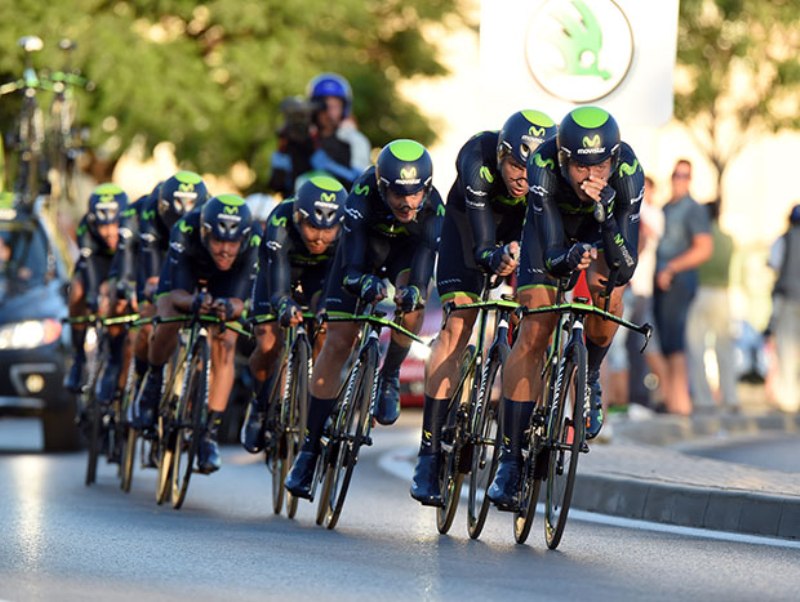 Cannondale’s de Marchi, 28, shook off his three breakaway rivals with 15km to go, holding off all their attempts to catch him after the mountainous 169km ride from Alhendin to Alcaudete.

Canada’s Ryder Hesjedal of Garmin finished second, despite crashing near the finish, ahead of France’s Hubert Dupont of the Ag2r-La Mondiale team.

De Marchi was elated having tried several times in vain to win a stage during last month’s Tour de France.

“I’ve been waiting for this moment,” the Italian told Spanish television station TVE.

“Today I managed to find the opening and I had a bit of luck. I came to this Vuelta without pressure, taking it day by day.”

On what was supposed to be a transitional stage ahead of Sunday’s first big mountain challenge, there were some worrying moments, most notably when last year’s Tour winner Chris Froome went down early on.

Although the British Team Sky leader seemed to hurt his leg, the peloton sat up for him and he easily rejoined the pack.

And he even took back a couple of seconds on Valverde in the sprint finish as he came home seventh.

He remains fourth although now just 20sec behind the Spanish Movistar rider.

Young French climber Warren Barguil, thought by many as a potential future Tour champion, was another to hit the deck.

However, as the 22-year-old Giant-Shimano leader’s crash came in the final few kilometres, he was not penalised by any time loss and stays ninth at just over a minute.

Saturday’s 207km flat stage from Baeza to Albacete is one for the sprinters. – Agence France-Presse