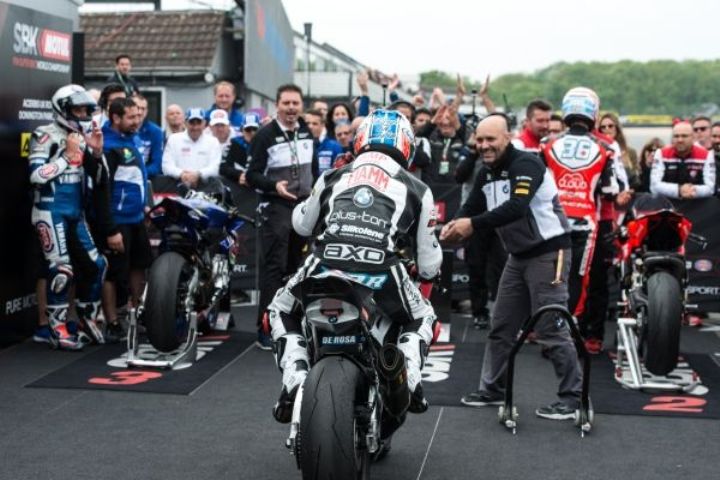 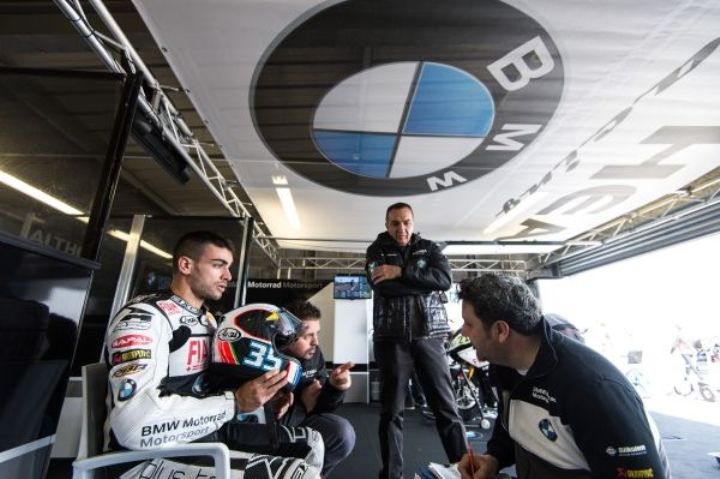 It was a weekend full of racing for the worldwide BMW Motorrad Motorsport community, with events in nine different championships on four continents. And it was another successful weekend for the BMW S 1000 RR, with a total of six wins and 18 podium finishes. There have also been many changes in the top-15 of the 2016 BMW Motorrad Race Trophy, with Raffaele De Rosa (IT) re-taking the lead.

The battle for the top positions in the 2016 BMW Motorrad Race Trophy remains exciting. Last weekend’s fully packed racing schedule resulted in many changes throughout the entire standings. Also the top-15 saw a lot of movement.

Raffaele De Rosa (IT), who celebrated his second win of the season in the FIM Superstock 1000 Cup (STK1000), re-took the lead with 182.29 Race Trophy points. New in second place is Benjamin Colliaux (FR) with 170.19 points, courtesy of a double win in the French European Bikes Championship (FR EU). The previous leader, Vincent Lonbois (BE / IRRC), is currently third with 161.36 points (see full standings below).

After its overseas round in Malaysia, the MOTUL FIM Superbike World Championship (WorldSBK) returned to Europe last weekend, contesting its seventh race event of the season at Donington (GB). Jordi Torres (ES) from the Althea BMW Racing Team finished the two races in seventh and 11th.

Karel Abraham (CZ) claimed his best result of the season so far at the home round for the Milwaukee BMW team, crossing the line in ninth in race one. Unfortunately he had to retire in race two due to a technical issue. His team-mate Joshua Brookes (AU) equalled his best result of the season by finishing ninth in race two. In the first heat, Brookes was 14th. Markus Reiterberger (DE) came home in 11th and 16th on his Althea BMW S 1000 RR.

Donington (GB) also hosted the fourth race of the 2016 FIM Superstock 1000 Cup (STK1000). Raffaele De Rosa (IT) celebrated his second win of the season on the Althea BMW Racing Team BMW S 1000 RR. With this success, De Rosa re-took the lead in the championship as well as in the 2016 BMW Motorrad Race Trophy.

The Superstock class of the British Superbike Championship (BSB STK) also raced at the WorldSBK weekend at Donington (GB). Four BMW S 1000 RRs crossed the line in the first four positions. Taylor MacKenzie (GB / Buildbase BMW Motorrad) celebrated his third victory of the season and extended his lead in the championship. Second on the podium was Hudson Kennaugh (ZA / Trikmoto Bahnstormer BMW). Richard Cooper (GB), a regular in the Superbike class (BSB SBK), made a guest appearance in the Superstock class on the Derby Alloys RR. He finished the race in third, but was disqualified afterwards due to a breach of the technical regulations. As a result, Joshua Elliott (GB / Tyco BMW), who had came home in fourth, was classified third.

The second round of the 2016 FIM CEV Superbike European Championship (CEV) was held at MotorLand Aragón (ES) last weekend. The two Targobank EasyRace SBK Team riders, Maximilian Scheib (CL) and Santiago Barragán (ES), claimed four of the six podium places. In race one, Barragán was second and championship leader Scheib was third, while it was the other way around in race two.

It was a great weekend for Kenny Foray (FR) and the Tecmas Racing Team at Lédenon (FR). The French track hosted the third round of the 2016 French Superbike Championship (FSBK). In race one, Foray finished second on the podium, and in race two he celebrated his first win of the season on his BMW S 1000 RR.

In the French European Bikes Championship (FR EU), the BMW S 1000 RR continues to be the dominating bike. At the third round of the season in Lédenon (FR), the BMW racers claimed the first four positions in race one and celebrated a top-five lockout in race two. Man of the weekend was Benjamin Colliaux (FR / Team Cherot Moto Sport), who won both races on his RR.

Wheels are turning again in the Canadian Superbike Championship (CSBK): last weekend, the 2016 season kicked off at Shannonville (CA). No less than seven BMW S 1000 RRs lined up on the grid and it was a strong outing for the Canadian BMW racers. Four of them finished the first race of the season in the top-five.

Victory went to reigning champion Jordan Szoke (CA), who aims to win his 11th title this season. He was joined on the podium by fellow BMW racer Matt McBride (CA) in third. Fourth place went to Ben Young (GB), while Michael Leon (CA) was fifth on his RR.

The Japanese BMW racers were in action this weekend in the MFJ Superbike All Japan Road Racing Championship (MFJ) race in Motegi (JP). Two of them claimed top 15 finishes: Daisaku Sakai (JP) was tenth on his team Rosetta Motorrad 39 RR, while Yuta Kodama (JP / Team Tras 135HP) finished the race in 13th.

Killarney (ZA) near Cape Town hosted the fourth round of the 2016 South African SuperGP Champions Trophy (RSA SBK). The best-placed BMW racer was local hero Lance Isaacs (ZA), who finished the races on his home track in fifth and seventh. Ronald Slamet (ZA) and Garick Vlok (ZA) also raced into the top ten with Slamet being ninth in race one and Vlok finishing eighth in race two.