Home News DeRozan pours in 33 as Raptors hold off Knicks 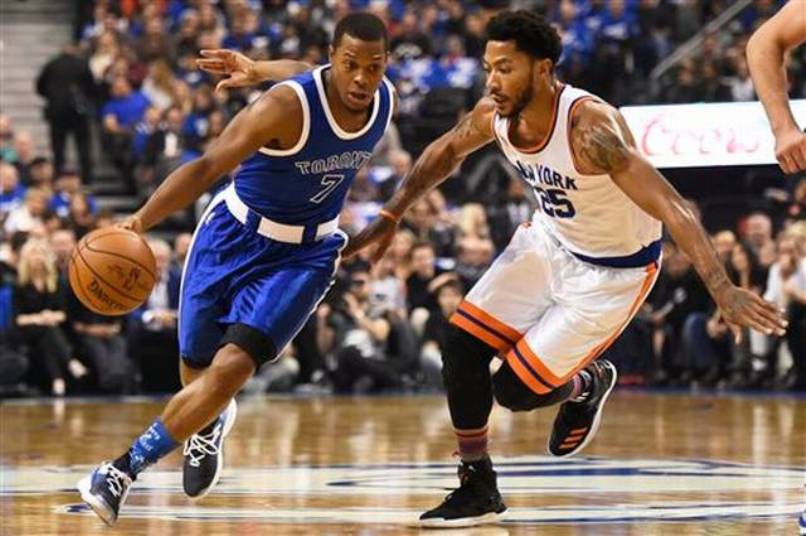 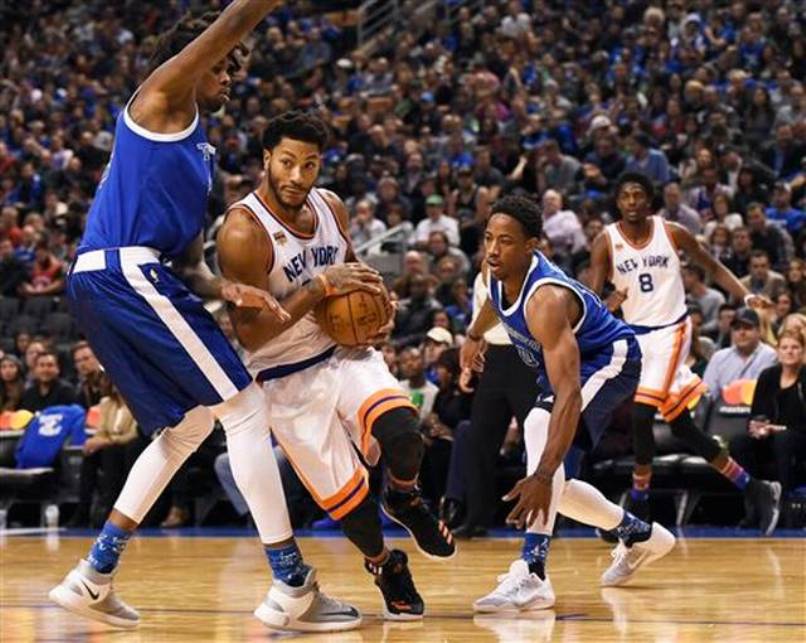 DeMar DeRozan scored 33 points and added seven rebounds and four assists as the Raptors defeated the New York Knicks 118-107 in a back-and-forth battle in Toronto on Saturday.

With less than 30 seconds left DeRozan made a three-point play on a layup and a free throw to lift the hosts to a seven-point lead in a game that had seen 27 lead changes and 20 ties.

Norman Powell scored 19 points and Kyle Lowry added 16 for the Raptors, who have won two straight.

Joakim Noah added four points and 18 rebounds for the Knicks, who were trying to bounce back from a 28-point defeat on Friday in Boston — where six technical fouls handed out to New York players included two to Anthony that saw him ejected from the game.

“There’s going to be nights you get bad calls and you’ve just got to go on fighting and playing, battle through it,” Knicks coach Jeff Hornacek said of the testy affair in Boston.

“Maybe we let it get to us too much (Friday) night. We brought it up. But not making it a prolonged thing, just mentioning, ‘Hey, we’ve got to keep our heads and not worry about it and get through there.'”

Anthony started as if he wanted to put the memory of Friday out of his mind, scoring 10 points in the first quarter as New York took a 28-24 lead.

He scored the Knicks’ last seven points of the opening half, draining a long jump shot at the halftime buzzer to put them up 56-53.

Two free throws from DeRozan with 6:08 remaining in the third tied the game at 72-72 and the Raptors were up 87-85 after three.

It was the eighth time in nine games this season DeRozan scored at least 30 points.

The Knicks scored the first four points of the fourth frame, but Toronto regained a two-point lead on a pair of three-pointers by Patrick Patterson.

Porzingis hit a three-point shot to cut the lead to one point with 6:29 left to play as the game stayed tight until the Raptors pulled away in the last minute.

“We had a chance, that’s what you want on the road,” Hornacek said. “We just didn’t get the stops and we fouled too much… we’ve just got to get better defensively.” – Agence France-Presse