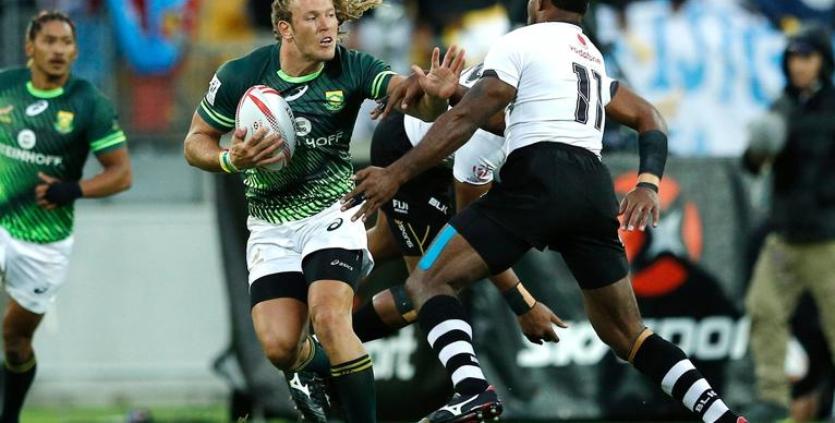 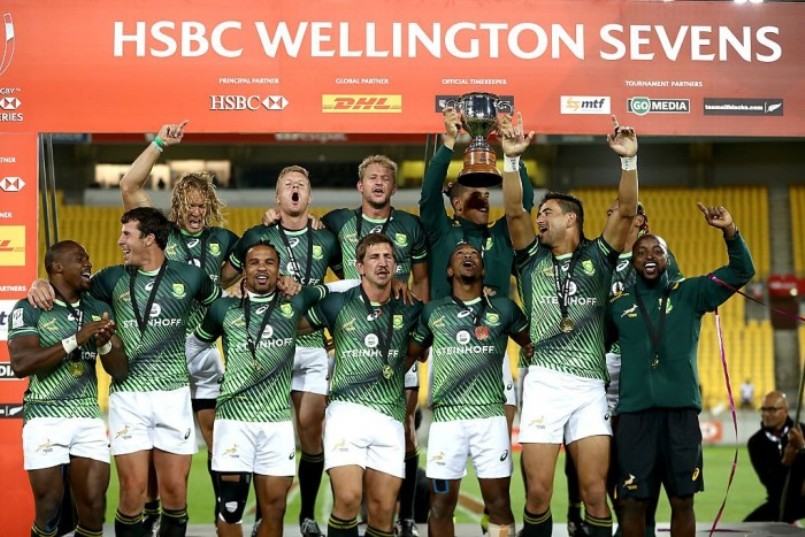 Rampant South Africa crushed Fiji 26-5 to win the Wellington Sevens on Sunday and extend their lead at the top of World Series competition.

The Blitzboks dominated the two-day tournament, scoring 174 points in their six matches and conceding only 22.

It was the South Africans first win in Wellington since 2002 after finishing runners-up in the New Zealand capital in 2014 and 2016.

After three rounds, they sit on 63 points, 12 points clear of Fiji on 51, who overtake England to claim second spot on the ladder.

“Hats off to the guys, we played some phenomenal rugby,” captain Philip Snyman said.

The one-sided final reinforced perceptions that South Africa now have the measure of Fiji, the reigning series champions and Olympic gold medallists.

Snyman’s men also dismantled the Pacific islanders 31-12 in pool play on Saturday and the skipper said defence was the key to countering Fiji’s blistering pace.

“I think it’s if you can just be in their face, our defence was great and everybody just kept to the structure,” he said.

South Africa scored four tries to one in the decider, with a brace to Ruhan Nel and one to Seabelo Senatla, making him the team’s all-time top try scorer with 180.

Scotland claimed the third-place play-off 28-22 over Canada, with both teams exceeding expectations.

Canada dumped out Argentina 17-12 in the quarter-finals, while Scotland accounted for England 14-12 and pushed Fiji hard in the semis.

Scotland’s James Fleming said the team’s young players were confident they could beat any team on their day.

“They’ve all got the belief,” he said.

“It used to be difficult to get to the quarters, now we’re hitting quarters and semis, the young guys coming in are pushing further and harder, it’s awesome.”

New Zealand, winners in Wellington for the previous three years and for so long the pace-setters in sevens rugby, lost their quarter-final 26-10 to Fiji.

In an error-strewn display, they never recovered after Fiji’s Joeli Lutumailangi found himself in open space following two turnovers and capitalised on both opportunities.

The Wellington tournament failed to draw large crowds to Westpac Stadium for the third year in a row, putting further pressure to organisers to move it to another city.

The Sevens World Series circuit moves to Sydney next week, where the event is aready sold out. – Agence France-Presse