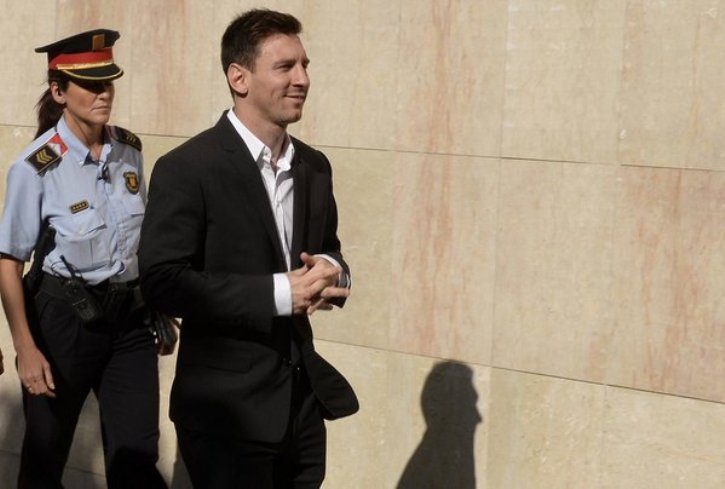 Argentina star Lionel Messi, who is due to go on trial in Barcelona for alleged tax fraud, told a judge that he never looks at the contracts he signs, the El Periodico daily said Monday.

The newspaper got access to Messi’s September 2013 statement to a judge and published extracts just a day before the five-time World Player of the Year and his father stand trial.

“I signed things, but I never look at the contracts. I don’t know what I sign,” he allegedly said.

Messi and his father, Jorge Horacio Messi, are accused of using a chain of fake companies in Belize and Uruguay to avoid paying taxes on 4.16 million euros ($4.7 million) of Messi’s income earned through the sale of his image rights from 2007-09.

They have been charged with three counts of tax fraud.

According to the alleged statement published by the Barcelona daily, the judge showed him several sponsorship contracts that he signed, but he did not remember them.

“This is something that my dad manages. And I trust him. I devote myself to playing football,” he reportedly said.

Spanish prosecutors are seeking a jail sentence of 22-and-a-half months for Messi and his father if they are found guilty, plus fines equivalent to the amount that was allegedly defrauded.

But any such sentence would likely be suspended as is common in Spain for first offences carrying a sentence of less than two years. – Agence France-Presse