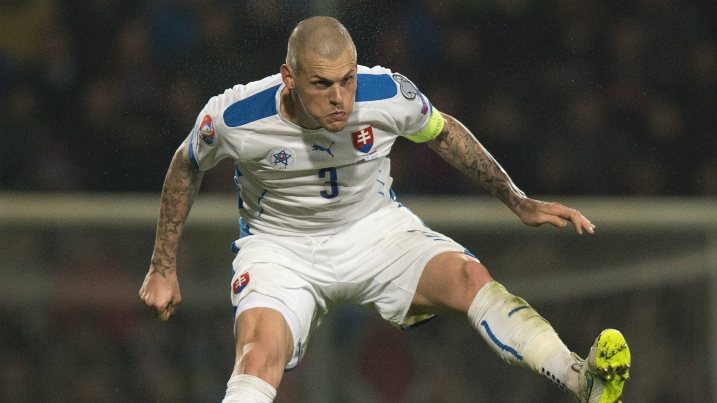 Kozak said he had cut a provisional 27-man squad to 23 players after Sunday’s friendly in which Slovakia stunned Germany 3-1 in Augsburg.

“I could see all players were healthy enough to go to the tournament,” the 62-year-old said after saying good-bye to Almaty defender Lukas Tesak, midfielders Matus Bero of Trencin and Erik Sabo of PAOK, and Slovan Bratislava striker Adam Zrelak.

“There’s a backup for each position and some players can play in several positions,” Kozak told reporters.

At their first Euro finals ever, Slovakia will face Wales, Russia and England in Group B in France.