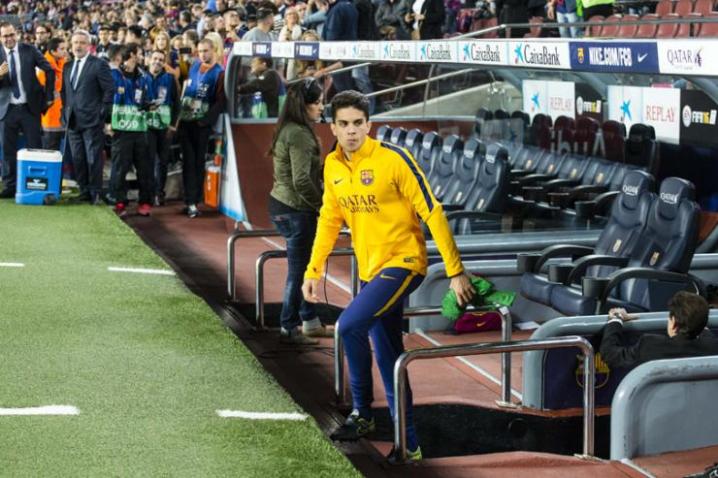 Borussia Dortmund confirmed on Saturday the signing of Barcelona’s centre-back Marc Bartra as replacement for Germany defender Mats Hummels on a four-year contract.

“We have agreed (terms) with the player and only a few details remain to be cleared up,” Dortmund’s director of sport Michael Zorc told German daily Bild.

Dortmund have actioned a release clause in Bartra’s Barca contract allowing him to leave for just eight million euros ($9m) having reportedly sold Hummels, 27, to Bayern Munich for 35 million.

The 25-year-old Bartra is part of Spain’s Euro 2016 squad and completed the medical check in Dortmund in the past few days.

Bartra came through the ranks at the Camp Nou and was handed his top-team debut by Pep Guardiola in 2010, winning five Spanish league titles and the Champions League twice.

With Argentina international Javier Mascherano, France’s Jeremy Mathieu and Spain star Gerard Pique ahead of him in the pecking order at Barca, Bartra wants a fresh challenge.

He found first-team football hard to come by under Luis Enrique in the season just finished as Barcelona won the double of La Liga and Copa del Rey.

Bartra is Dortmund’s second signing of the off-season after France Under-21 winger Ousmane Dembele, 18, from Rennes.

Borussia have already sold two Germany stars in the off-season after Hummels’ departure to Bayern was followed by Ilkay Gundogan joining Manchester City for a reported £21m euros. – Agence France-Presse