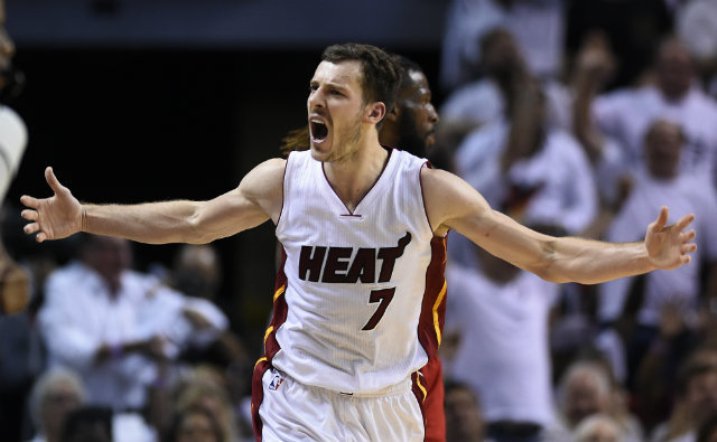 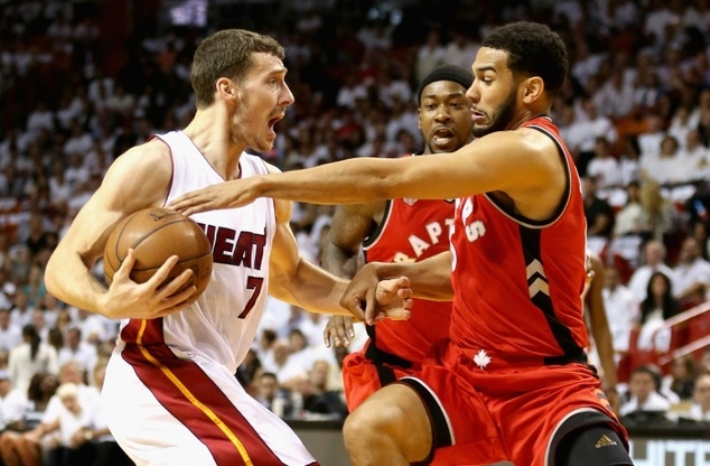 Goran Dragic scored 30 points as the Miami Heat roared back to level their Eastern Conference semi-final series with a 103-91 victory over the Toronto Raptors here Friday.

Slovenian star Dragic was outstanding as Miami squared the best-of-seven series at 3-3 to set up a decisive final duel in Toronto on Sunday.

Dragic also had seven rebounds and four assists as Miami seized an early lead before gradually pulling away from the Raptors.

Dragic’s tally was his highest ever score in a playoff game and once again demonstrated his knack of delivering on the big occasion.

He has scored 20 or more points in four of his last seven playoffs games. Friday’s haul came from 12 of 21 shots, including six layups and two three-pointers.

Dwyane Wade also made a telling contribution for Miami, chipping in with 22 points, including five assists and six rebounds at the AmericanAirlines Arena in Miami.

The 30-year-old point guard finished with a game high 36 points, with three assists and four rebounds. DeMar Rozan added 23 for the Raptors.

The winner of the series faces a daunting meeting with LeBron James and the Cleveland Cavaliers in the Eastern Conference finals.

Toronto are chasing a first ever appearance in the Eastern Conference finals in the Raptors’ 20-year history.

If Miami advance however it will mean a tantalizing duel against James, who helped the franchise land two NBA titles before returning to Cleveland in 2014.

On Friday Miami had edged clear in a cagey first quarter in which both sides struggled to find their range, shooting only 40 percent.

But Dragic began to hit his stride in the second quarter, completing six of seven shots from the floor including four layups on his way to collecting 14 points.

Dragic’s efforts gave Miami a 53-44 lead at the break.

That was the cue for Lowry to turn on the style in the third quarter, with 12 points.

But Miami kept their noses in front and extended their lead to 82-72 as the fourth quarter got under way.

Toronto rallied in the fourth quarter but were always struggling against a skilful Miami team as the Heat completed victory. – Agence France-Presse