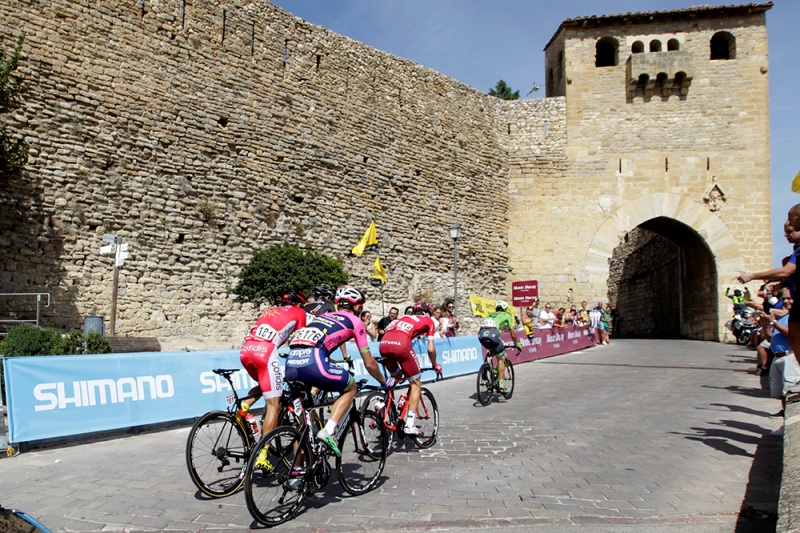 Luxembourg’s Jean-Pierre Drucker claimed victory on a rare day for the sprinters at the Vuelta a Espana Monday as Nairo Quintana retained his commanding lead over Chris Froome in the general classification.

The BMC rider claimed the 156.4km 16th stage from Alcaniz to Peniscola in a time of 3hrs 21mins 18secs ahead of German duo Rudiger Selig and Nikias Arndt.

With the three-week tour dominated by a series of gruelling mountain finishes, the teams with sprint contenders worked hard to ensure an early six-man breakaway wasn’t allowed to escape and the peloton regrouped 12 kilometres from the end.

Daniele Bennati made a dash for the line two kilometres from the finish, and some hesitation in the chasing pack nearly allowed the Italian to take the stage before he was swept up in the final few hundred metres.

Ducker proved the strongest as he claimed his first ever Grand Tour win.

“It has been hard the last days especially the day on Aubisque and I was believing in the sprint stages,” Ducker told Spanish TV station Teledeporte.

“It’s nice, it’s cool to have a victory in a Grand Tour.”

And Ducker is targeting more glory on the streets of central Madrid in Sunday’s race finale.

“The main goal was to win a stage and now I did it so there is no stress anymore.

“In Madrid it will be a bunch sprint probably again so I am going to take my chance. First of all it is rest day tomorrow and then again a big block of mountains.”

Two punishing mountain stages provided plenty of drama and controversy over the weekend as an attack by Quintana and Alberto Contador in the first few kilometres of Sunday’s stage distanced Froome and dealt a potentially fatal blow to his hopes of becoming the first man in 38 years to win the Tour de France and Vuelta in the same year.

Froome was so isolated that all of his remaining Sky teammates finished outside the time limit and were among the more than 90 riders who took the start on Monday only after being shown leniency by race organisers not to disqualify them.

There were no significant changes in the general classification on Monday, though, as all the contenders finished two seconds back on the sprinters.

Another mountain finish awaits on Wednesday on the 177.5km stage from Castellon to Llucena.

Results from the 16th stage of the 2016 Vuelta a Espana, a 156.4km ride from Alcaniz to Peniscola on Monday: