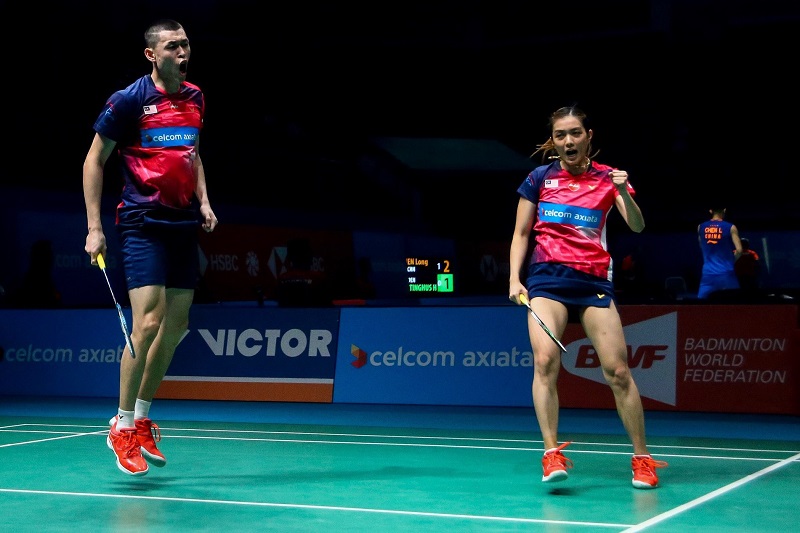 Malaysia’s hopes in the men’s and mixed doubles ended at the semi-final stage in the USD400,000 Daihatsu Indonesia Masters at the Istora Senayan Stadium in Jakarta on Saturday.
In the men’s doubles, Aaron Chia-Soh Wooi Yik fell to world No 1 and top seeds Marcus Fernaldi Gideon-Kevin Sanjaya Sukamuljo although the Indonesians were fully stretched in the 21-19, 21-19 win in 33 minutes.
With the win, the Indonesians stretched their head to head record to 5-0 and had beaten the Malaysians 21-15, 21-11 in the second round in the Perodua Malaysia Masters in Kuala Lumpur last week.
In the mixed doubles, Tan Kian Meng-Lai Pei Jing redeemed themselves by reaching the semi-finals after a disastrous first-round defeat in the Malaysia Masters.
Ranked 14 in the world, Kian Meng-Pei Jing also put up a creditable performance against Malaysia Masters winners and top-ranked Zheng Siwei-Huang Yaqiong of China – before going down 15-21, 15-21 to the top seeds.
“We played far better in Jakarta after the disastrous outing last week (in the Malaysia Masters). However, the Chinese were far superior in their game. We did our best against but it was not good enough,” said Pei Jing.
Meanwhile, the women’s final will be between two former world No 1 – Thailand’s Ratchanok Intanon and Spain’s Carolina Marin.
Indonesia’s Anthony Ginting ranked No 7 snuffed out Denmark’s Olympic bronze medallist Viktor Axelsen 22-20, 21-11 in 44 minutes to earn a clash in the final against another Dane Anders Antonsen who downed Hong Kong’s Lee Cheuk Yiu 21-9, 21-19.
Indonesia is assured of the men’s doubles title with Gideon-Sukamuljo facing three-time and reigning world champions Mohammad Ahsan-Hendra Setiawan in the final. – BY RIZAL ABDULLAH