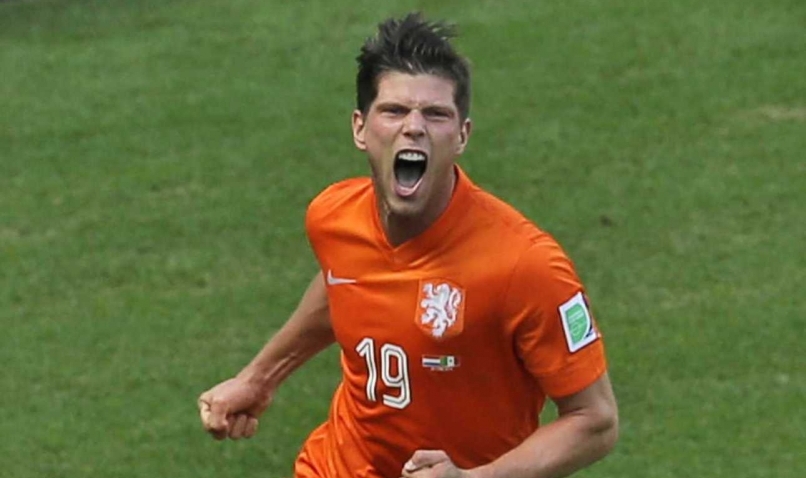 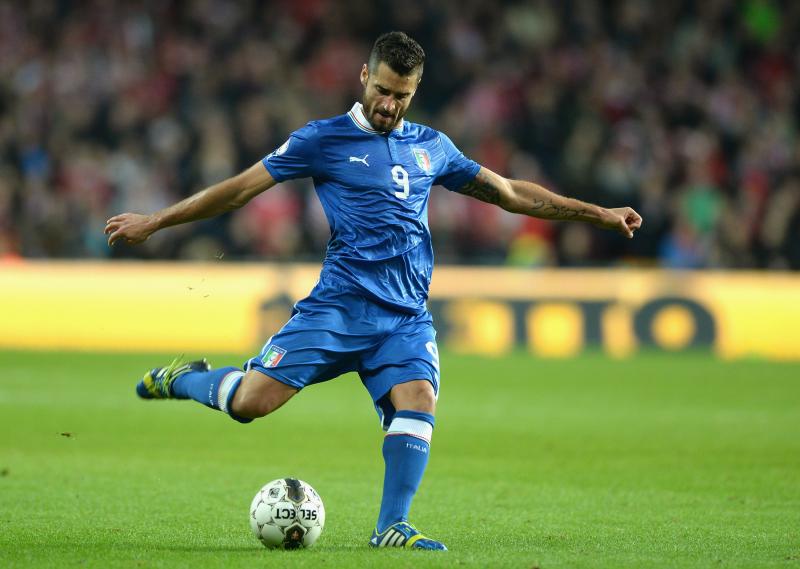 The Netherlands recorded a morale-boosting win in qualifying for Euro 2016 on Sunday while Italy saw their perfect start to the campaign ended by Croatia in an eventful encounter.

Guus Hiddink had indicated that he would resign as coach of the Dutch if they slipped up against Latvia to continue a stuttering start to their bid to reach the finals in France.

However, the World Cup semi-finalists recorded their second win in four games in Group A by thumping Latvia 6-0 in Amsterdam as the outstanding Arjen Robben and Klaas-Jan Huntelaar both scored twice.

Captain Robin van Persie and Jeffrey Bruma were also on target to ensure that Hiddink — only appointed for a second spell in charge of the Oranje in the summer — would not be going anywhere.

The only blotch on an otherwise fine evening for the Netherlands was the knee injury that forced Manchester United midfielder Daley Blind off in the first half, although Hiddink’s side continue to trail group leaders the Czech Republic by six points.

The Czechs made it four wins from four games as they ended Iceland’s 100 percent record by coming from behind to win 2-1 in Plzen.

The visitors had threatened another giant-killing when Ragnar Sigurdsson gave them a ninth-minute lead, but Pavel Kaderabek equalised late in the first half before an unfortunate Jon Dadi Bodvarsson own-goal decided the match in the Czechs’ favour.

Meanwhile, in Istanbul, Turkey got their first win of the campaign by beating Kazakhstan 3-1 as Burak Yilmaz scored twice for Fatih Terim’s struggling side.

In Milan, Italy dropped their first points in Group H in a 1-1 draw with Croatia that was marred by crowd trouble.

The evening started well for the Azzurri as Antonio Candreva drilled home to give them the lead 11 minutes in at the San Siro.

However, Gianluigi Buffon allowed a shot from Ivan Perisic to go under his body and into the net to bring Croatia level four minutes later, and the game was then halted for 10 minutes in the second half when away supporters sent a hail of flares down onto the pitch from high in the stands.

Riot police clashed with fans in the Croatian section of the ground but the visitors could have won it late on, Perisic flashing a shot narrowly wide of the far post.

Italy and Croatia are level on 10 points atop the section after four games, with Norway a point behind after a 1-0 win in Azerbaijan thanks to a solitary goal by Borussia Moenchengladbach’s Havard Nordtveit.

In the group’s other game, Malta struck another blow for Europe’s minnows by coming from behind to draw 1-1 in Bulgaria, a second-half penalty by Clayton Failla cancelling out Andrej Galabinov’s early opener.

A first point of the campaign for the tiny Mediterranean archipelago came at the end of a weekend which saw the Faroe Islands win in Greece, Liechtenstein record a rare victory and San Marino hold Estonia to end a sequence of 61 consecutive defeats.

Elsewhere, Wales extended their unbeaten start in Group B with a battling performance to hold World Cup quarter-finalists Belgium to a 0-0 draw in Brussels.

Nicolas Lombaerts hit the post for the group favourites with a first-half shot, but the Dragons held out.

“There are six games to play and that’s a lot of points and teams will be chasing us down. But we’re definitely on the right track,” said Wales manager Chris Coleman.

The Welsh are second in the group with eight points from four games, one point behind Israel, who were convincing 3-0 winners at home to Bosnia and Herzegovina.

Gil Vermouth, Omer Damari and Eran Zahavi all scored for Israel as the visitors had Toni Sunjic sent off in the second half on a night which will see the pressure increase further on their coach Safet Susic.

In the group’s other game, George Efrem scored a hat-trick as Cyprus won 5-0 at home to Andorra, who have now conceded 17 goals in losing all four games to date.

The next round of European Championship qualifiers will be played at the end of March. – Agence France-Presse