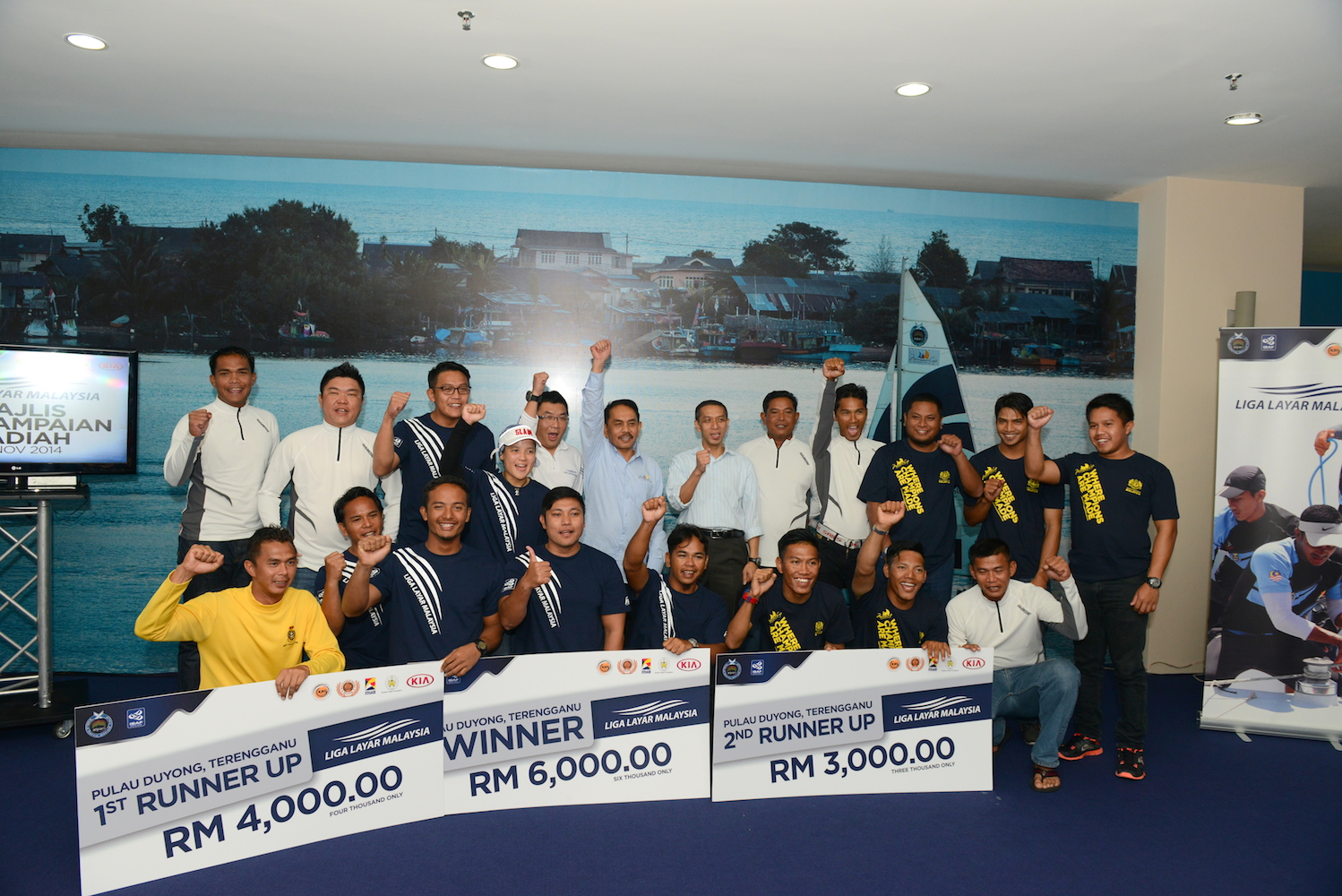 KUALA TERENGGANU – Jeremy Koo showed his prowess in match racing once again as he stormed his way into winning all matches in the Liga Layar Malaysia 2014 (LLM 2014) Pulau Duyong edition.

The captain of the Sime Darby Foundation / 1Malaysia Match Racing Team steered his team to beat Nurul Elia Anuar’s ReMix Team in the final by 2-0.

As the participation of Koo’s team and the 1Malaysia Match Racing Team “B”, skippered by Hazwan Dermawan, in LLM 2014 Pulau Duyong is only for practice for the upcoming Monsoon Cup Terengganu 2014, therefore Nurul Elia walked home with the winner’s prize money of RM6,000.

The first runner’s up prize money, of RM4,000, went to Ishak Jab of RMNMRT/151 Onesails Team, who lost 2-0 in the petit finals against Hazwan.

The prizes were presented by state deputy secretary of management Tuan Haji Samiun Salleh at a simple ceremony held at the Ri-Yaz Heritage and Spa Resort here Monday.

For Koo, his team’s outing at the LLM 2014 Pulau Duyong served as a good practice before he competes against some of the world’s best sailors in the upcoming Monsoon Cup Terengganu 2014, which starts on Wednesday.

“Our team has been fantastic in this competition. The teamwork shown has been good and we are feeling good about our chances at Monsoon Cup Terengganu,” said Koo.

He however admitted that the competition would be very challenging, as it will feature some known names such as Asian Games 2014 gold-medallist Maximillian Soh and experienced sailor Sam Gilmour from Australia.

“It is too early to say if our team can win, but we will surely do our best and give Malaysia a good name,” said Koo.

As for 23-year-old Nurul Elia, her stint with the newly-assembled ReMix Team has given her more confidence for future competitions.

“I have had the privilege of skippering a team made of very experienced sailors. I am very pleased with our performance here even though I did not have much expectations,” said Nurul Elia.

Nurul Elia overcame the odds and defeated Hazwan 2-1 in the semi-finals, which was held earlier on Monday.

The Putrajaya-girl is setting her sights on the Singapore Sea Games 2015 where she will continue helming her MY Angels all-girls team.

“I have learnt a lot in this competition and I hope to do better with MY Angels,” she said.