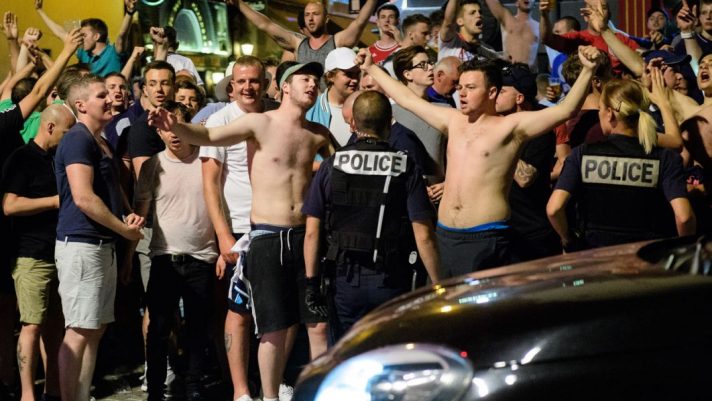 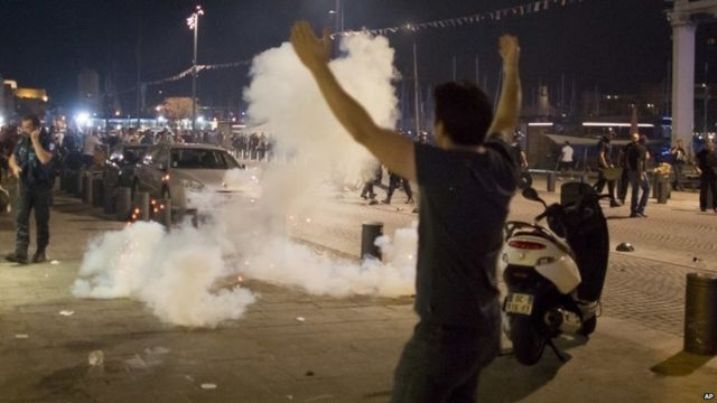 Around 250 England supporters pelted police with drink cans outside a bar in the southern French city of Marseille late Thursday ahead of the country’s opening Euro 2016 match, a police source said.

A 24-year-old Englishman was arrested and spent the night in custody after the trouble in the Vieux-Port area of the Mediterranean city.

England fans also clashed with a group of young Frenchmen, with one Englishman needing hospital treatment for a minor injury.

A 30-year-old Frenchman was also arrested after stealing an England football shirt.

England face Russia in Marseille on Saturday in their opening match of the European Championships, which kick off in Paris on Friday when France play Romania.

French and British authorities are determined to avoid a repeat of the scenes in Marseille during the 1998 World Cup when English hooligans clashed with Tunisia supporters. – Agence France-Presse