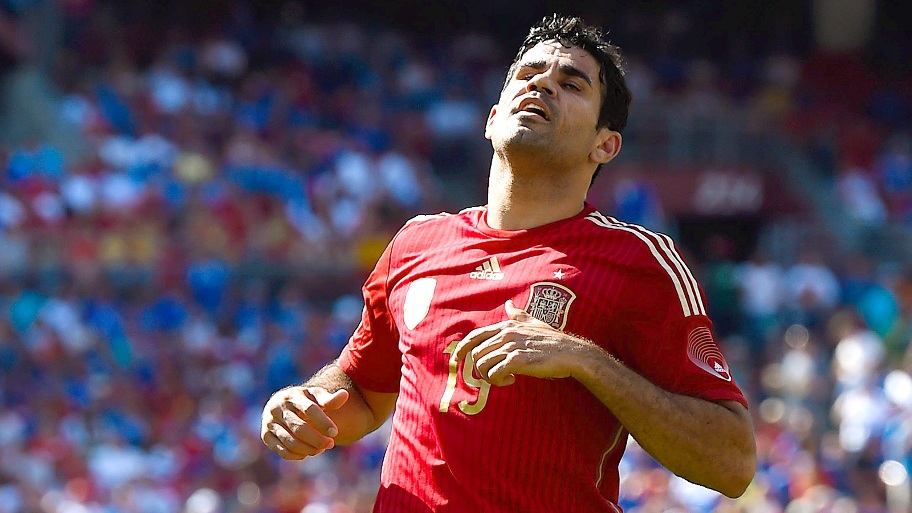 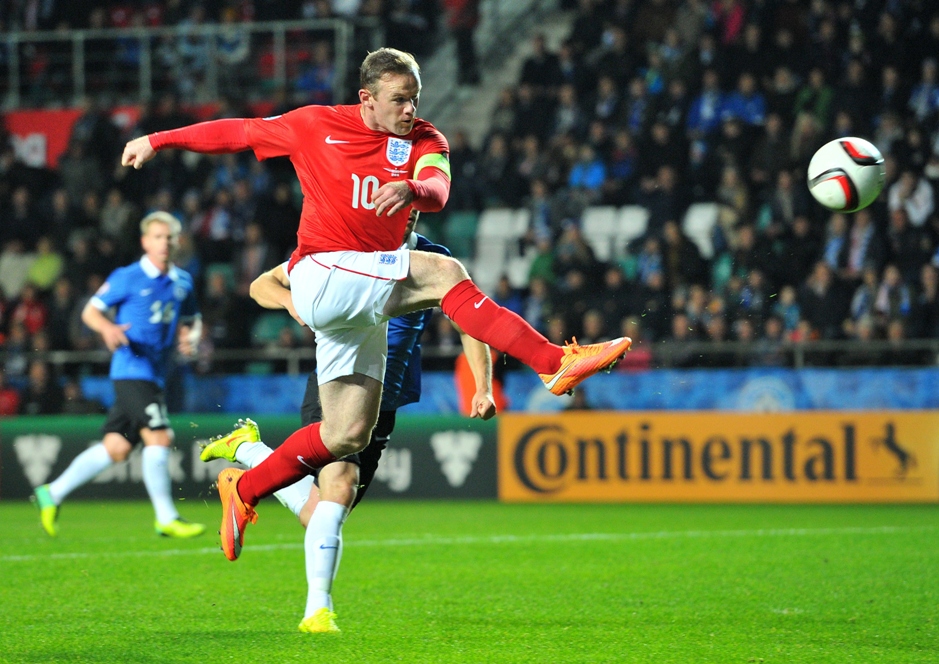 Even after Estonia captain Ragnar Klavan was sent off for a second booking early in the second half in Tallinn, Roy Hodgson’s England still laboured to see off the Baltic minnows.

But they finally made the breakthrough thanks to Manchester United striker Rooney, who curled home a free-kick with 17 minutes remaining to maintain England’s 100 percent record after three Group E matches.

Rooney is now within one goal of Jimmy Greaves and only six behind England record holder Bobby Charlton’s tally of 49.

Equally pleasing for Hodgson was seeing his rock-solid defence achieve a fifth successive clean sheet for the first time in eight years.

“It was hard work. We played well in the first half without taking our chances and that meant there was an air of frustration setting in,” Hodgson told ITV.

“Everyone was aware that when you have played well you have to take at least one chance. Luckily we did that in the second half.

“It was a good free-kick from Wayne and it’s four wins in a row, which is not to be sniffed at.”

Slovenia moved into second place behind England thanks to a 2-0 win against Lithuania.

Defending champions Spain, who lost 2-1 in Slovakia last time out for their first qualifying defeat in eight years, got their campaign back on track with a 4-0 win in Luxembourg in Group C.

David Silva and Paco Alcacer scored in the first half, with Costa snatching the third on 69 minutes for his first international goal in his seventh appearance.

Substitute Juan Bernat made it 4-0 with a debut goal on 87 minutes.

Slovakia’s 3-1 away win at Belarus — secured by a brace from Napoli striker Marek Hamsik and a late goal from Stanislav Sestak — left them top of the group with nine points from three games.

“Diego wanted to pay us back with goals for the support we’ve given him. He feels good in the group, but I told him at half-time he was thinking too much about it (getting a first goal) so I just told him to keep calm,” said Del Bosque.

Ukraine are in third place after Serhiy Sydorchuk struck on the stroke of half-time to earn a 1-0 win over Macedonia in Lviv.

It was Ukraine’s second win in four days having also beaten Belarus by the same scoreline on Thursday.

Sunday’s win could have been more impressive had Andriy Yarmolenko not smashed a 47th-minute penalty against the crossbar.

In Group G, Austria went top with seven points from three games after edging Montenegro 1-0 in Vienna thanks to a first-half goal from Rubin Okotie, who converted a 24th-minute pass from Marko Arnutovic.

Previous leaders Russia were held to a second successive 1-1 draw and have five points from three games.

Russia, coached by Fabio Capello, drew 1-1 with Sweden on Thursday and 72 hours later they were pegged back again when Moldova skipper Alexandru Epureanu scored in the 74th minute to cancel out Artem Dzyuba’s opener from the penalty spot just a minute earlier.

Sweden are third, also on five points, after a 2-0 win over Liechtenstein in Solna. – Agence France-Presse