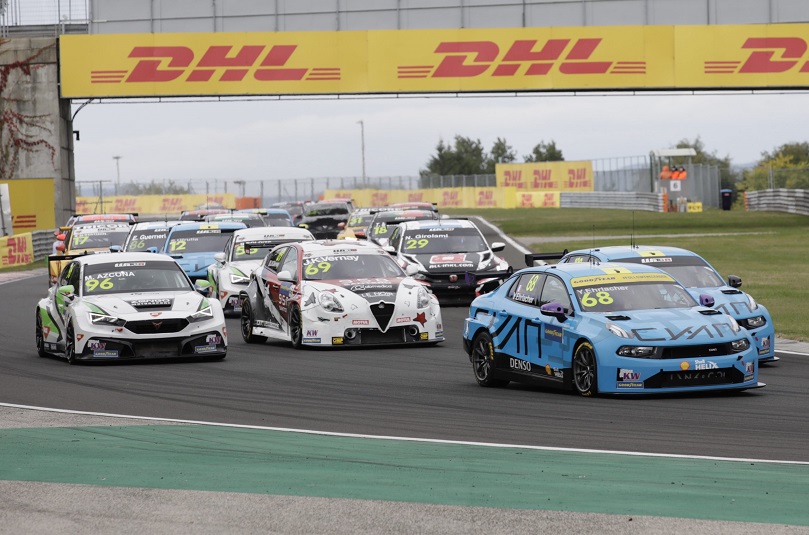 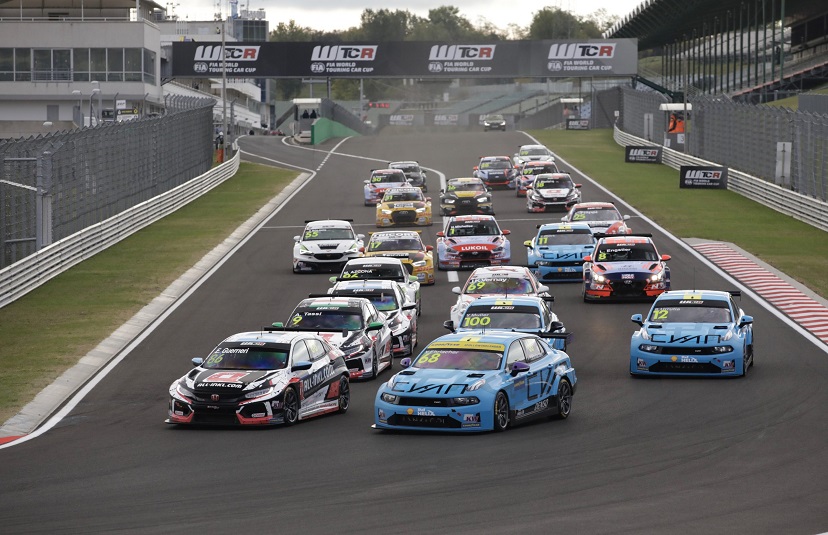 Esteban Guerrieri shot back into contention for the WTCR − FIA World Touring Car Cup with a brilliant victory double at WTCR Race of Hungary today.

After winning Race 1 from the DHL Pole Position, the ace Argentine was at it again in Race 3, steering his battle-scared ALL-INKL.COM Münnich Motorsport Honda Civic Type R TCR to win number two of an action-packed weekend having also started at the front.

Last year’s title runner-up leaves Hungary second in the standings and 22 points behind Goodyear #FollowTheLeader Yann Ehrlachner, who took his third victory of the season in Race 2 ahead of uncle and Cyan Racing Lynk & Co team-mate Yvan Muller.

Ehrlacher was also on the podium in Race 1, finishing second behind Guerrieri and ahead of Néstor Girolami in the second ALL-INKL.COM Münnich Motorsport Honda. Jean-Karl Vernay topped the WTCR Trophy classification in all three races in his Team Mulsanne-entered Alfa Romeo Giulietta Veloce TCR by Romeo Ferraris, the Frenchman also scoring an overall podium in Race 2.

Tiago Monteiro was back on the podium in Race 3 for ALL-INKL.DE Münnich Motorsport, as Girolami underlined his return to form following his huge crash at WTCR Race of Slovakia last weekend with third place. Zengő Motorsport’s Mikel Azcona underlined the potential of CUPRA’s all-new Leon Competición with fourth in Race 3.

Monteiro and Gilles Magnus, who both started at the back due to engine-change and ride-height-infringement penalties completed were P14 and P15 in Race 1 respectively with Bence Boldizs taking the final point due to Filippi not being eligible for points as a result of his wildcard status.

Urrutia was on form again in Race 2 with fourth place behind Vernay, but fifth for Michelisz was as good as it would get for the Hyundai-powered Hungarian, although he did win the TAG Heuer Best Lap Trophy for a 1m53.620s effort in Race 1, a new WTCR lap record around his home track.

Coronel collided with Tarquini earlier in Race 2 and was also involved in a collision with Engstler, which led to the German crashing heavily in his family-run Liqui Moly-backed Hyundai. Azcona and Girolami retired with damage sustained when they collided at Turn 2 on the opening lap.

The fact Engstler managed to start Race 3 was testament to the rapid and extensive repair his team completed following his Race 2 crash. Scoring the final point of the weekend was fitting reward.

RACE 1 REPORT: GUERRIERI HOLDS OFF EHRLACHER TO WIN BY 0.5s

Ehrlacher remains the Goodyear #FollowTheLeader
Cyan Racing Lynk & Co’s Yann Ehrlacher hit back from a tough WTCR Race of Slovakia weekend by increasing his WTCR − FIA World Touring Car Cup title lead and retaining the yellow jacket as the Goodyear #FollowTheLeader. Second placed in Race 1, a third victory of 2020 in Race 2 plus eighth in Race 3 means he heads to MotorLand Aragón for the inaugural WTCR Race of Spain (October 30-November 1) with a 22-point advantage over the chasing pack, which is headed by Esteban Guerrieri after 10 all-action races. Goodyear is the WTCR’s official tyre supplier, providing its Goodyear Eagle F1 SuperSport race tyre for dry and wet weather use.

More funds raised for WTCR’s #RaceToCare
WTCR Race of Hungary provided another opportunity for funds to be raised for the WTCR promoter Eurosport Events’ #RaceToCare campaign, in support of the FIA’s #PurposeDriven movement, in the fight against COVID-19. More information plus updates on the WTCR Race of Germany and WTCR Race of Slovakia beneficiaries will be available soon at: https://www.fiawtcr.com/race-to-care/.

Race 1: Esteban Guerrieri (ALL-INKL.COM Münnich Motorsport, Honda Civic Type R TCR)
“First of all, I’m very happy for the team and for myself of course, but it’s a team effort and the guys did an amazing job. So thanks to all the team. Definitely this race was not easy even if we had a big gap at the end. The start was quite tricky because it was a bit more wet on the left side than the right. In the end we managed to do quite a reasonable start and Nicky [Catsburg] made a better start than me. It was a very fair fight, it was something I really like to be involved in. You know, in the WTCR sometimes there is quite a lot of contact and this battle was really fair, so thanks to him. I really enjoyed it. And then, it’s amazing, I’m very happy, it’s my first win in this championship. I’ve had a few poles, but this time I hope I will keep the result. We are always fighting, pushing to the max everywhere and I’m very happy for everybody.”

Race 2: Yann Ehrlacher (Cyan Racing Lynk & Co, Lynk & Co 03 TCR)
“First of a big congratulations to the gents with my on the podium. We had a good start, Yvan and me. We managed to get by the CUPRA and then Yvan let me by and cover my back all the race, so that was a proper team effort. I’m really thankful for this. Then I just had to manage my pace and don’t do any mistakes, be careful with the tyres because I knew if there was a safety car there is no point to build a 10-second gap, so I was managing it. A reverse-grid win never tastes the same as a proper win, but it’s good points and I need them. After FP2 we were one and a half seconds off and now we are back in the game with two podiums, so we’ll just keep going that way.”

Race 3: Esteban Guerrieri (ALL-INKL.COM Münnich Motorsport, Honda Civic Type R TCR)
“I’m definitely very happy with the win. First of all thank you to my team-mates but also friends beside me for this big help for the points, for the result. I’m so happy to share the podium with them. Regarding the race, now I can look back, I remember in Race 2 I went on the grass because there was a mess in the second corner and since then I could kind of sense something small, but actually then Tiago told me there was something vibrating when he was behind me in Race 2, but the cars were in parc fermé so there was no chance to take a look at it in depth. So to the mechanics I insisted when I did the formation laps that something was wrong and I had some issue when I was braking. They checked the floor and splitter and everything looked OK, but it was getting worse and worse when I was gaining speed. Then from lap one [of Race 3] onwards it started to break completely. It was the cover of the wheel arch at the top, that part started to disintegrate and also the splitter started to move because there was no support there. It was really difficult to brake, I had no acceleration, obviously the aero balance was completely disturbed, so it was hard. The car was a little bit all over the place. But they supported me so well, I could push as hard as I could, not defending of course which was great, otherwise I would have been much slower. And we managed to stop the other guys behind get a big opportunity. Néstor, he was the one who was basically defending for the podium. So again, really happy for this, thanks to the boys and also to the mechanics who did a really great job. And Attila, who is not here. A great job by the whole ALL-INKL team and Honda of course.”