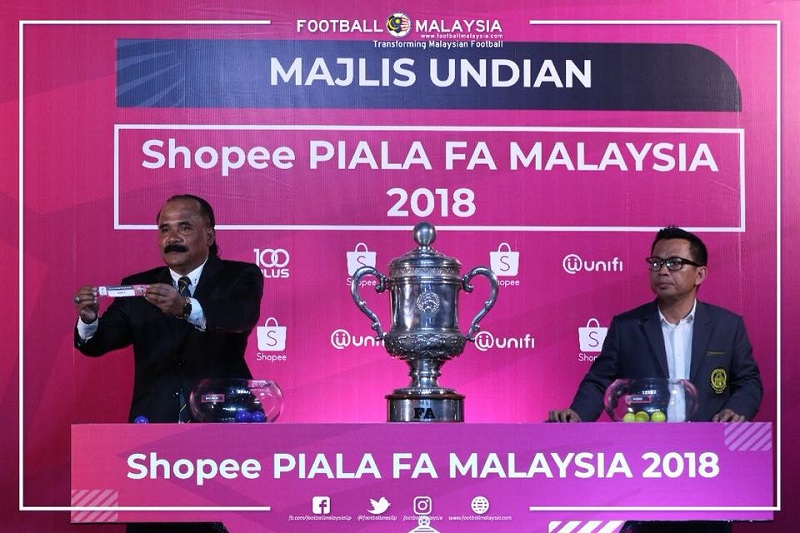 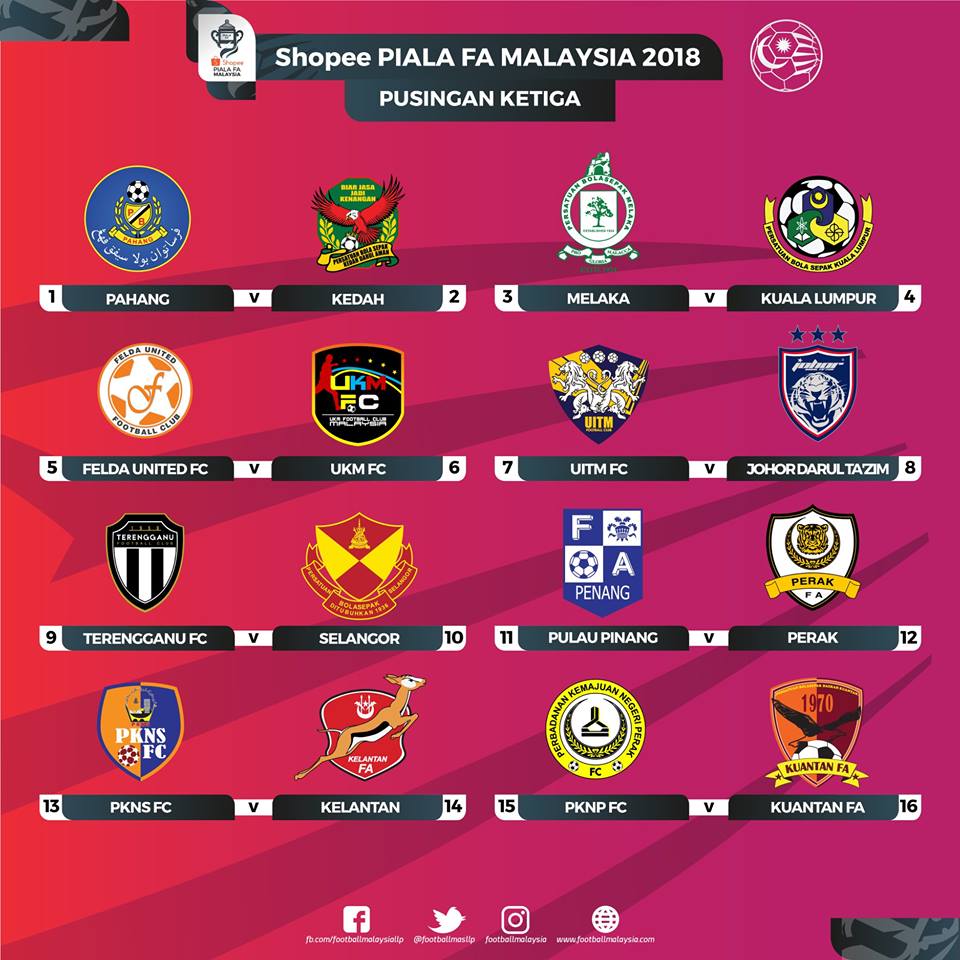 Defending champions Kedah will face Pahang in the FA Cup third round – in a repeat of last year’s final between the two teams with Kedah running out 3-2 winners in a thriller to take the silverware for the fourth time.
The luck of the draw also saw Terengganu take on Selangor in another third round juicy tie while four-time Malaysia Super League champions and 2016 FA Cup winners Johor Darul Takzim should have no problem advancing to the last eight after being drawn against UiTM FC.
UiTM FC, however, have shown impressive performance this season and could be a handful for the Southern Tigers.
In other third round matches PKNS FC face a daunting task against unpredictable Kelantan while 100PLUS Premier League leaders Felda United were handed an easy task against UKM FC.
However, Malacca and Kuala Lumpur have an even chance of progressing to the quarter-finals – based on their current league performance.
Super League newcomers Perak State Economic Development Corporation (SEDC) could keep their FA Cup quarter-final hopes alive when they meet Kuantan FA.
Premier League strugglers Penang have Perak to take care of in their bid to go far in the FA Cup. BY RIZAL ABDULLAH