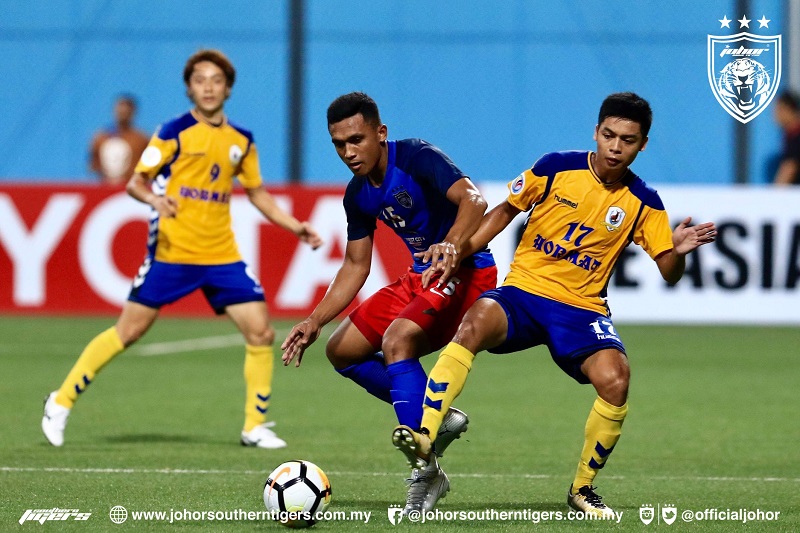 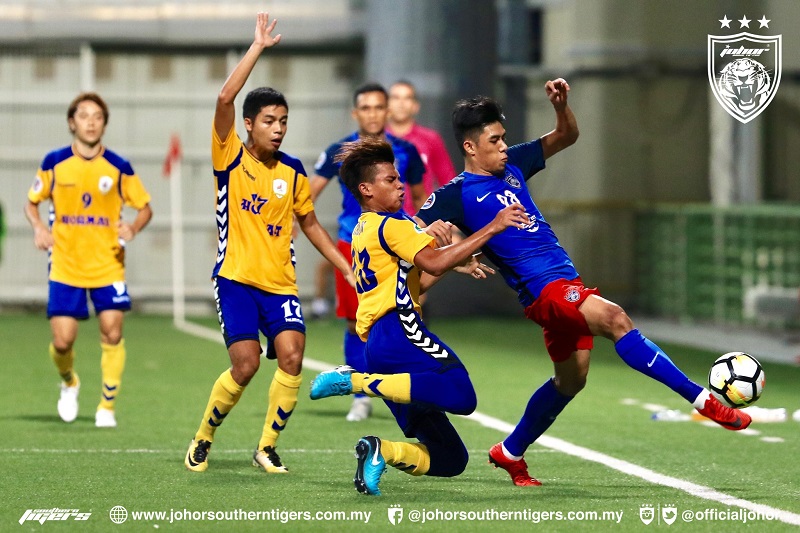 Johor Darul Takzim started with an all-local lineup to snatch an important point with a scoreless draw against Singapore’s Tampines Rovers to keep their hopes alive in a Group H match in the AFC Cup competition at the Jalan Besar Stadium on Tuesday.
The draw gave the 2015 AFC Cup champions second place in the group with four points after three matches – ahead of Indonesia’s Persija Jakarta. Vietnam’s Song Lam Nghe An lead the table with seven points from two wins and a draw.
Song Lam, who defeated JDT in their last match were held to a scoreless draw at home by Persija and remain as the only unbeaten team in the group.
Singapore international Hariss Harun came on for JDT in the 65th minute for Amirul Hadi Zainal. Skipper Safiq Rahim came off the bench for the second half for Nazmi Faiz Mansor but both teams were not able to produce the winner.
Afiq Fazail cleared a goal bound header from Tampines Rovers’ Amirul Adli in the dying minutes of the game. Tampines Rovers goalkeeper Syazwan Buhari also played a sterling role for his team’s first point in the group.
JDT will be at home to Tampines Rovers at the Larkin Stadium – needing a win badly to keep their hopes alive. BY RIZAL ABDULLAH
AFC CUP RESULTS
GROUP H
Tampines Rovers (Sgp)    0    JDT  (Mas)    0
Song Lam Nghe An (Vie)   0   Persija Jakarta (Ina)  0