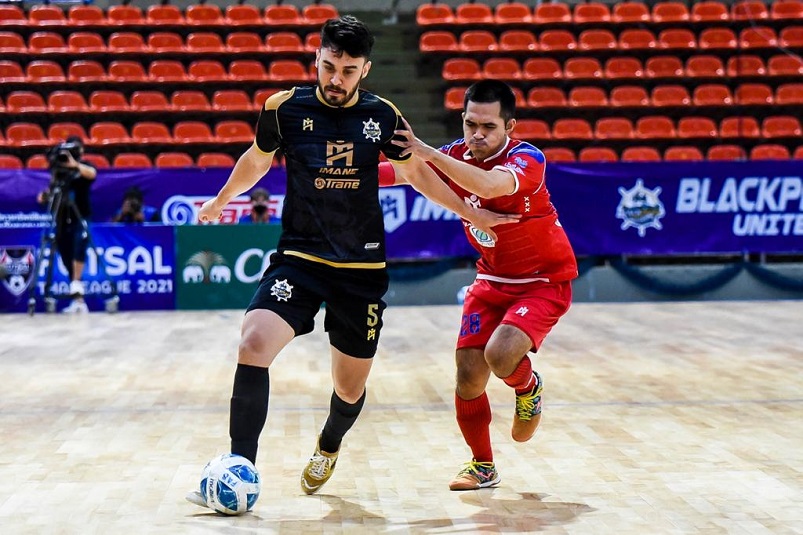 A second half strike from Fabricio fired Black Pearl United to the top of the 2021 Futsal Thai League following their close 2-1 win over Royal Thai Navy.

The score was tied 1-1 at the break, off goals from Thanawat Kerdbangrajan (3rd minute) for Black Pearl and Boonmee Martwiset (3rd) for Royal Thai Navy.

But Fabricio’s goal just two minutes after the restart would prove pivotal as Black Pearl not only picked up the full points but also moved up to take over the leadership at the top of the standings.

Black Pearl have garnered 16 points from seven matches – just a point ahead of second-placed Freefire Bluewave Chonburi who has a game in hand.

Bangkok BTS were also on the full points with a slim 1-0 victory over Hongyen Thakham with the only goal of the game coming off Panya Aranphuwanart in the 17th minute.