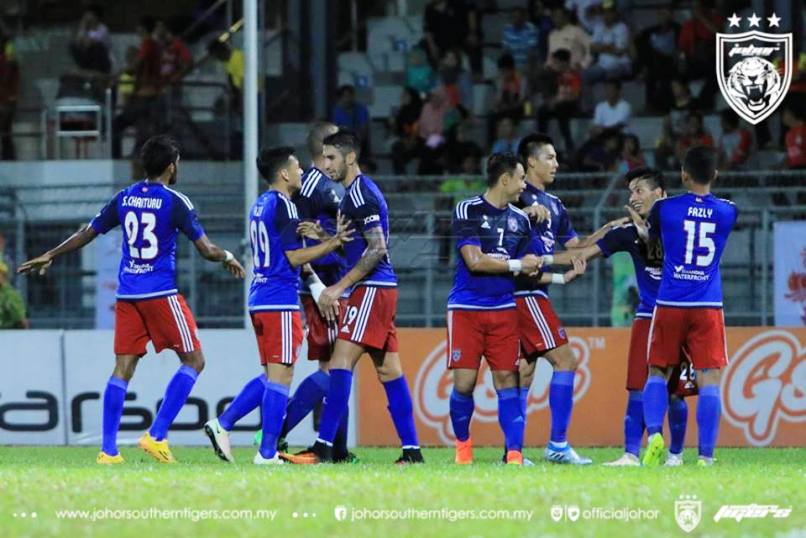 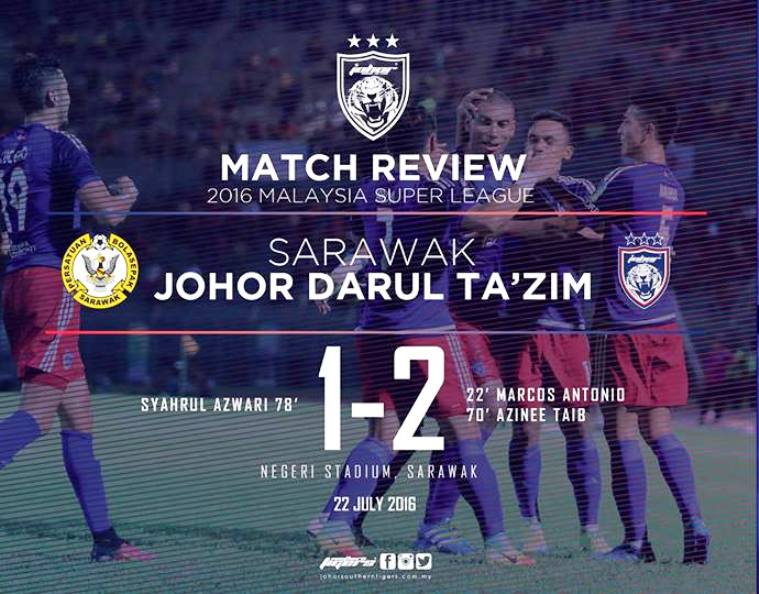 Johor Darul Takzim snatched a fabulous 2-1 win over Sarawak at the State Stadium in Kuching in the only Super League match which was played on Friday.

A goal in each half paved the way for the Southern Tigers’ win which kept them at the top of the 12-team Super League with 36 points after 14 matches. JDT is the only team yet to lose a game in the elite league.

Towering Brazilian defender Marcos Antonio opened scoring after 22 minutes off a corner kick taken by Safiq Rahim before Azinee Taib got the second on 70 minutes.

However, the gritty Crocs were not giving up and they homesters were duly rewarded for their constant onslaught. This came in the 78th minute when Syahrul Azwari hit target.

Sarawak pulled no punches against their star-studded opponents who are still winless in the Malaysia Cup after two matches in Group C.