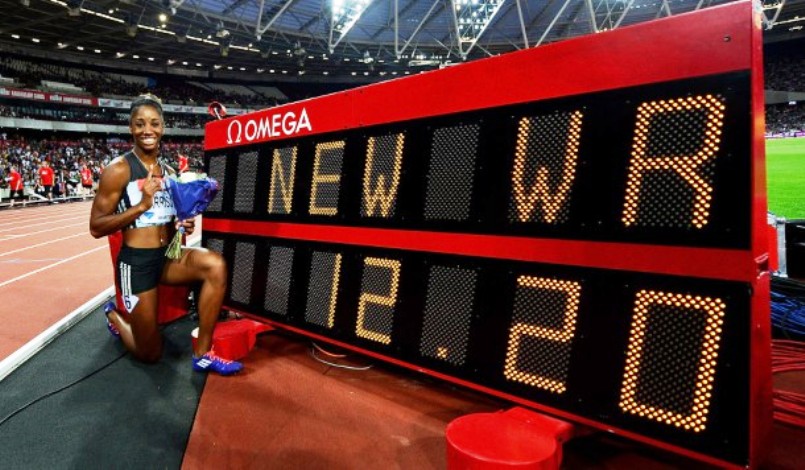 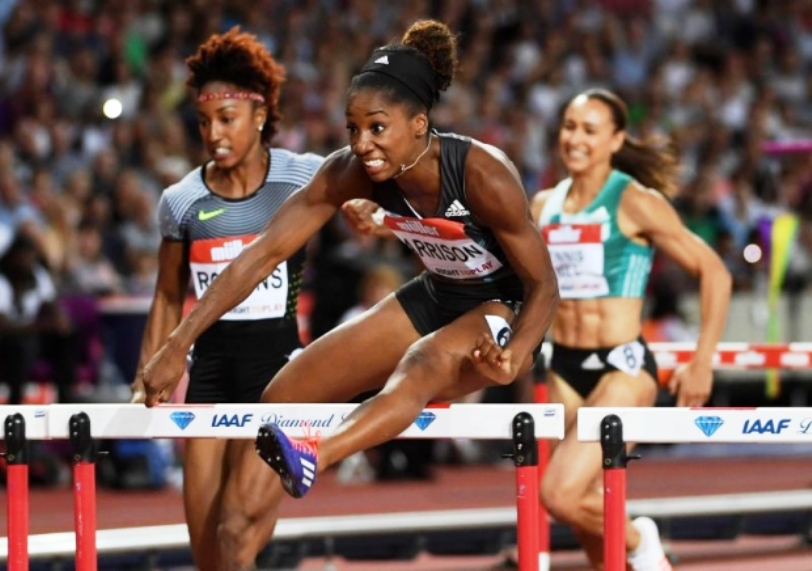 Kendra Harrison set a 100m hurdles world record of 12.20sec at the London Diamond League meeting on Friday, relieving some of the pain of her failure to make the US Olympic team.

Harrison beat the previous record of 12.21sec set by Bulgaria’s Yordanka Donkova back on August 20, 1988.

“After prelims (Friday), I finally got my confidence back,” said Harrison, who had been plunged into despair by her failure to punch her Rio ticket at the US trials in Eugene, Oregon, earlier this month.

“My practices after trials were great, so going into the race, I had so much vengeance and so many emotions inside of me.

“I’m just blessed to go out there and give it all I have. To see that time, I was really happy.”

The 28-year-old, who spoke to US journalists in a conference call after her record-breaking run, admitted she let the cut-throat nature of the US trials — where only the top three finishers book Olympic berths — get to her.

She went into the selection meeting as the fastest woman in the world this year — already threatening Donkova’s world mark with a time of 12.24 at the Prefontaine Classic in May.

But on the same Eugene track on July 8 she finished a disappointing sixth in the final, where 2013 world champion Brianna Rollins won ahead of Kristi Castlin and Nia Ali.

“After the race at trials, we went back to see where we went wrong,” Harrison said. “It was just mentally, the pressure got to me.

“To make myself feel better, I told myself to just make the team instead of the same mindset I’ve had all year, which is to dominate.

“I didn’t think like that at trials. It was really disappointing that the pressure got to me and so after that, I was really heartbroken.

“I wanted to give up so bad, but I knew (competing) was the only way I would feel better.

“Go back to training and go after the world record. – Agence France-Presse