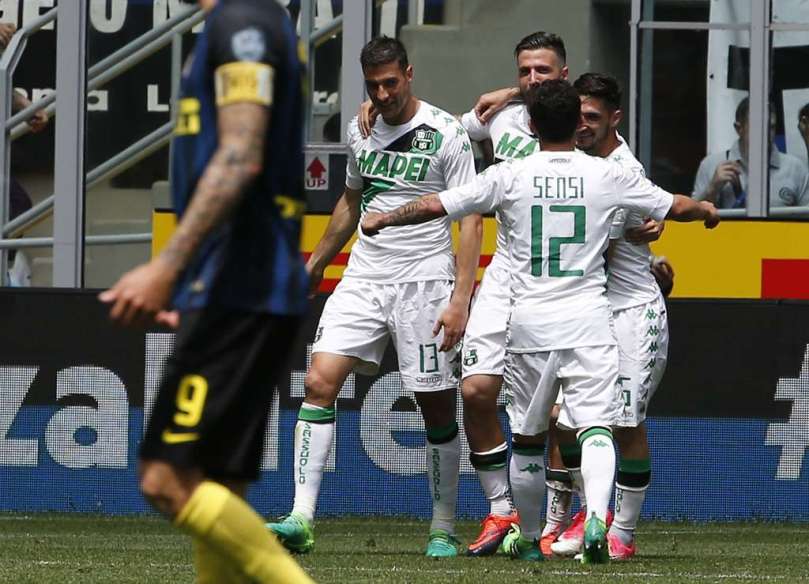 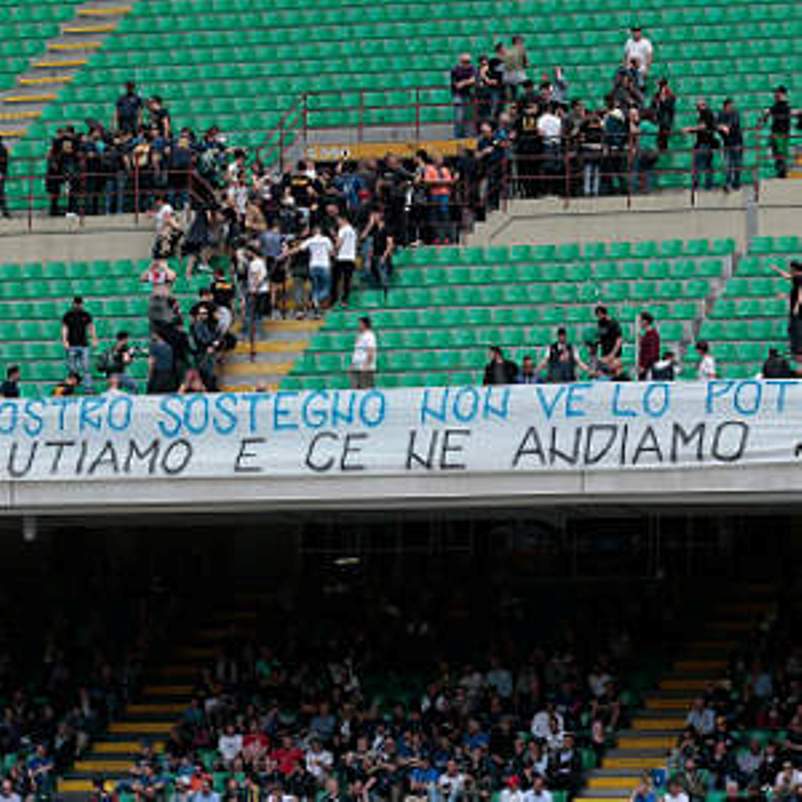 Angry Inter Milan fans stormed out of the San Siro to “have lunch” in protest as a Pietro Iemmello brace gave Sassuolo a surprise 2-1 victory on Sunday.

Inter’s players were met by the sight of several angry and offensive banners hung by fans at the San Siro, one claiming Pioli was “the only actor in a team playing cameo roles”.

But the protest proved futile as Inter produced a dismal performance that saw them slump to a sixth defeat from their past eight league games, leaving them in eighth, three points behind AC Milan and a Europa League qualifying place.

Inter youth team coach Stefano Vecchi has taken over as caretaker for the last three games of the season, and was given early hope when Croatian midfielder Ivan Perisic hit a volley into the side netting, while embattled captain Mauro Icardi stung Andrea Consigli’s gloves.

But before the half-hour, fans in the Curva Nord walked out, leaving a banner that read: “Since you don’t deserve our support, we’re going to lunch!”

Inter continued to threaten, with Argentine striker Icardi’s header from a Perisic knock-down hitting the post from close range.

But a defensive blunder by Jeison Murillo saw Stefano Sensi steal possession and set up Domenico Berardi, who rolled across for Iemmello to beat Samir Handanovic from the edge of the box.

Vecchi replaced Joao Mario with Eder for the start of the second half and only seconds later the Italy international’s angled drive forced Consigli into a desperate save with his legs.

At the other end, Handanovic blocked in similar fashion from Iemmello, but the forward had his second minutes later when he fired into the roof of the net from a Pol Lirola delivery.

Inter rallied, but Eder, Perisic and Icardi all spurned chances before the former finally reduced arrears when his low drive took a deflection before beating Consigli low down in the corner.

Later on Sunday, Juventus would clinch a record sixth consecutive scudetto with a draw away to Roma, who are seven points adrift with three games remaining. – Agence France-Presse