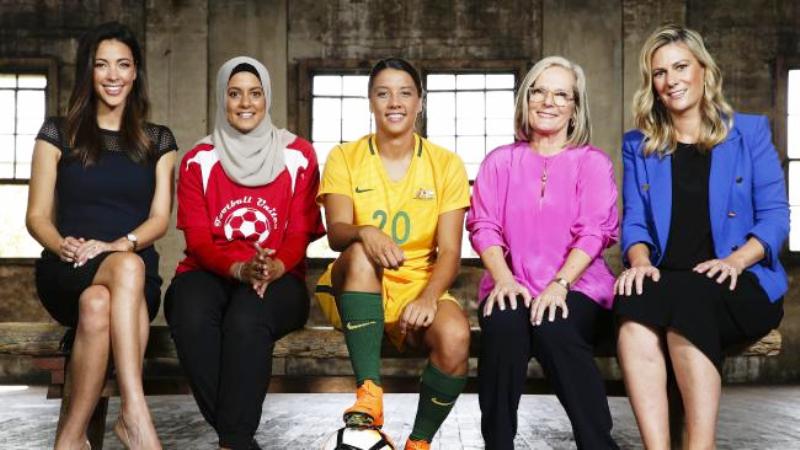 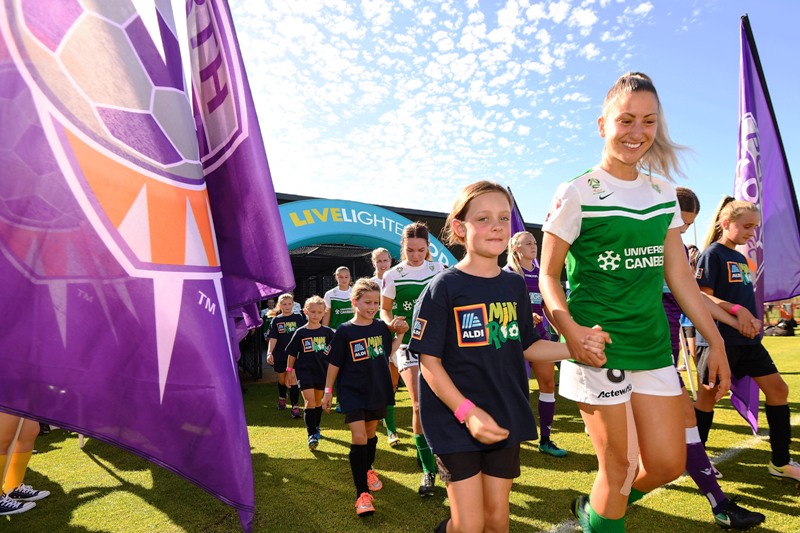 The Australian football community will once again celebrate the outstanding contributions made by females towards the betterment of football during the upcoming rebel Female Football Week.

With leading Australian sports goods retailer, rebel, coming onboard as the naming rights partners, this year will see more activations and events from the grass roots to Hyundai A-League/Westfield W-League level than ever before.

Speaking recently, Lucy Turnbull AO, explained why she accepted the offer to be a spokesperson for rebel Female Football Week.

“I am a big supporter of full participation of women in all walks of life; economics, social and of course in sport as well.

“International Women’s day, and the week around that, is a very important point for us to think about encouraging women who are in sport, acknowledging the contribution that our sportswomen play and encouraging younger people of all ages to participate in whatever way they can.

The objective of the rebel Female Football Week this year is to promote discussion around gender equality and to amplify new and existing female specific programs to ensure that barriers for girls and women to get involved in football are removed.

In addition, rebel Female Football Week is an opportunity to recognise the amazing achievements of women and girls in football and celebrate the fantastic progress that has been made in this area of the game.

The official events will kick-off this Friday when the rebel Female Football Week National Award Winners will be announced at a breakfast function in Melbourne. These awards are separated into two categories: Member Federation Awards and Hyundai A-League/Westfield W-League Awards.

Football Federation Australia (FFA) Chief Executive Officer, David Gallop AM, is proud that the Australian Football community will once again celebrate the influence of Females in Football with this national initiative.

“On the field, female participation in structured football have increased by 9.5% over the past twelve months with over 139,000 girls, and women playing the game regularly, nationally,” said Gallop.

“This growth has been due to the strong focus on growing ALDI MiniRoos For Girls Club & Kick-Off football as well as the outstanding success of the Westfield Matildas on the world stage.

“The tenth season of the Westfield W-League has been a great success and provided a regular opportunity for fans around Australia to see world-class female footballers in their own backyard.

“It is also well known now that we are now actively bidding to host the FIFA Women’s World Cup in 2023.

“Hosting such a prestigious international sporting event would turbo charge the promotion and development of Female Football in Australia for generations to come,” conclude Gallop.

FFA Head of Head of Community, Football Development and Women’s Football, Emma Highwood also believes that there is scope to continue to increase the number and influence of females in football within Australia.

“FFA is focused on increasing Female representation in all areas of the game,” said Highwood.

“Our long term goal is focused on 50/50 gender representation in all areas of out game.

“The rebel Female Football Week provides a great platform to increase visibility of the amazing women who are working to grow Football in Australia, and hopefully encourage more Women to get involved,” concluded Highwood.

All levels of the game will be involved in promoting what has become an annual nationwide initiative. Member Federations, associations and clubs will be activating collaboratively with Hyundai A-League and Westfield W-League Clubs to deliver a variety of grassroots initiatives and match day activations.

Activities and events to be held throughout rebel Female Football Week will include activations at Hyundai A-League Round 22 matches, Women in Leadership workshops, Women and Girls mentor programs, coaching and refereeing courses, ALDI Miniroos for Girls Kick-off programs, plus a host of ‘meet and greet’ signing opportunities with Westfield W-League players. – www.myfootball.com.au