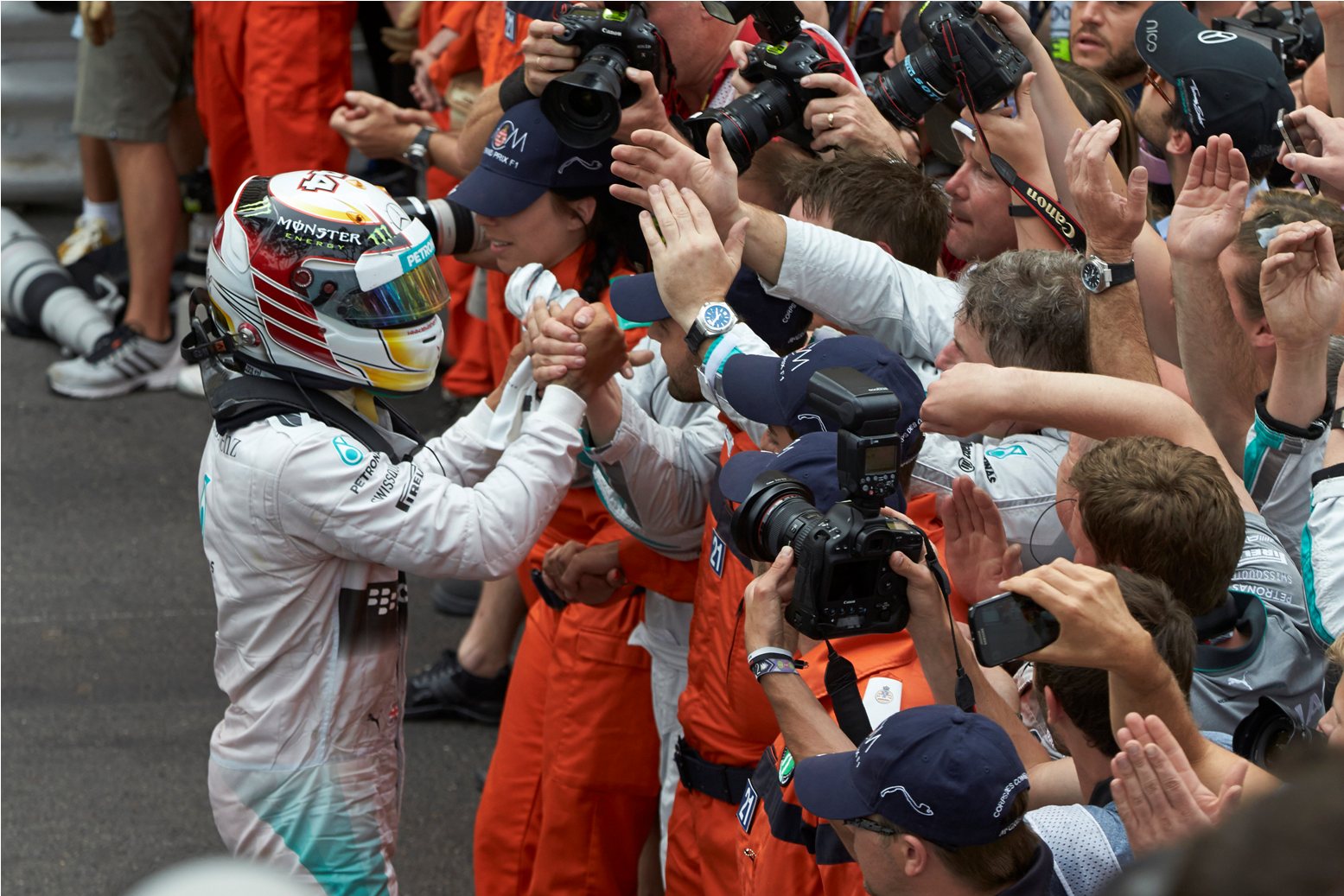 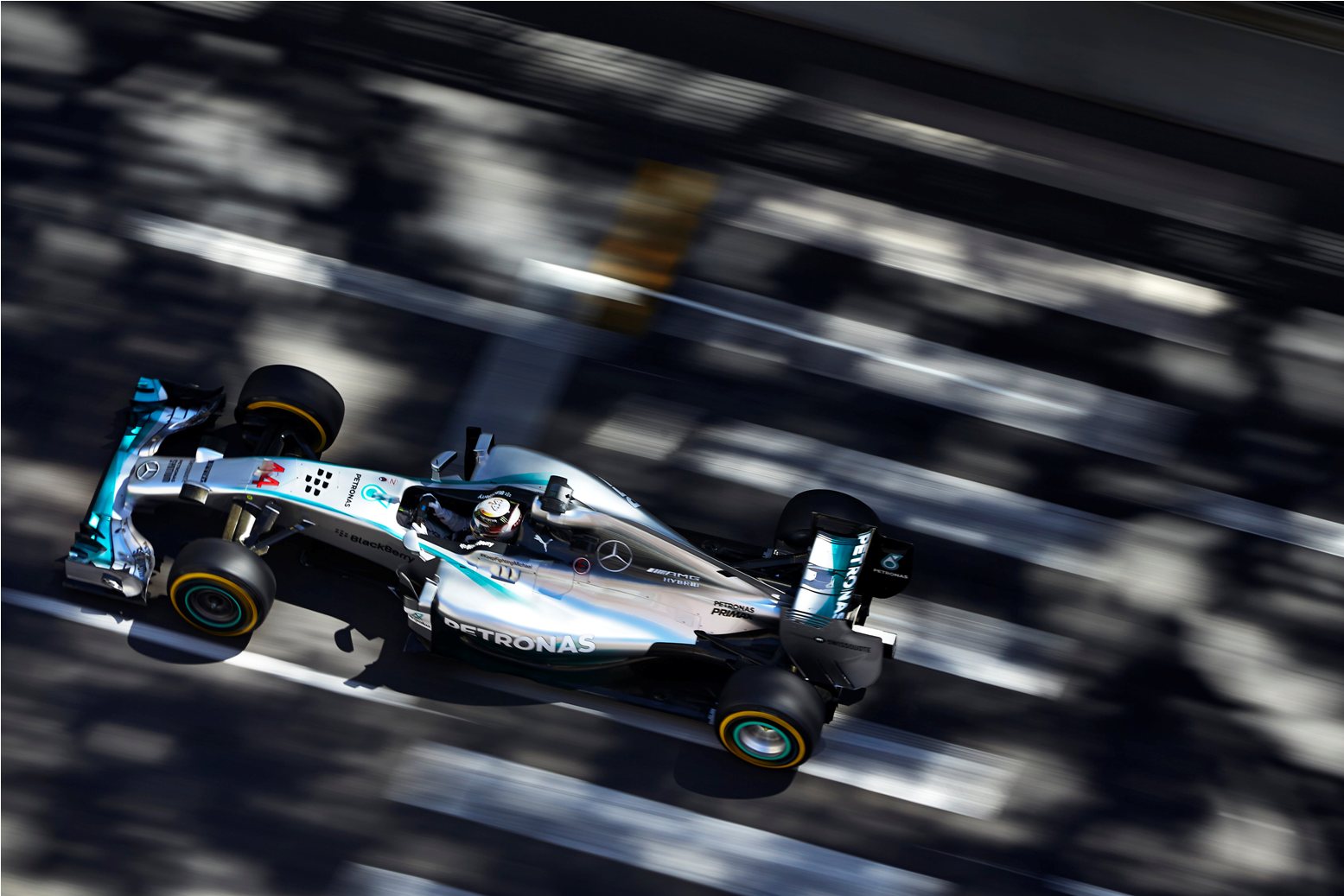 Nico Rosberg and Lewis Hamilton took a dramatic one-two finish this afternoon at the 2014 Monaco Grand Prix. • Nico took his second consecutive Monaco Grand Prix victory this afternoon, the first driver to do so since Ayrton Senna • Lewis finished in second place, securing the team´s fifth consecutive one-two finish in the 2014 season • Both drivers ran one-stop strategies, pitting behind the Safety Car on lap 26 and retaining the leading two positions • The team has now taken five consecutive one-two finishes, for just the third time a team has achieved this in F1 history • This victory marked the team´s 10th victory in the new era of the Silver Arrows since 2010Nico Rosberg It was a tough race out there today but I am absolutely delighted to have won my second Monaco Grand Prix in succession. It´s an amazing feeling and I´m proud to have done it at home, in front of my family and friends who were all here this afternoon. The race started well and I was comfortable but then we had to manage my fuel consumption and Lewis was pushing really hard behind me. We were able to be in control of the fuel with a few laps of lift and coast. It was important for me to break Lewis´ momentum of winning the last four races this weekend. That worked out very well, but it was a really tough weekend. I´m so happy for the team that we had another one-two finish and look forward to the party tonight! Lewis Hamilton I felt very strong out there today and I really drove with all my heart, giving everything that I could to improve my position. This just hasn´t been my weekend but I can leave today feeling happy that we have achieved another one-two finish for the team. We have such a great car and everyone who has worked on it deserves the incredible results that we are getting at the moment. Back to this afternoon, this is such a difficult circuit to overtake. I was following Nico as close as I could and had great pace but I just couldn´t get past. Towards the end, I got some dirt in my eye through the visor which made it very tough for a few laps but thankfully it cleared up and I was able to hold off Daniel and keep second place. This hasn´t been the greatest of weekends but I´ll go into the next race with even more energy and determination. The team are working so hard and we´re determined to keep the momentum going. Toto Wolff A fantastic result for the team after a weekend where we had the pressure to deliver on the car´s potential here in Monaco. Six wins from six races, and five one-two finishes in a row, is a very special achievement at the start of this 2014 season. Congratulations to Nico for a faultless race and to Lewis for following him home in spite of some unexpected challenges this afternoon. We were driving a controlled race when the Safety Car forced us to pit earlier than had been planned for our only stop of the afternoon. After that, both drivers pushed hard and that had the consequence that they started to run out of rear tyres in the closing laps. When Lewis had the problem with his eye, that was when Daniel Ricciardo came close. It just goes to show that we must never give up pushing because our rivals are right behind us – and working hard to run us down. We have absolutely no margin for error because if we make one little slip, our rivals are right there. We will enjoy this moment – but the hard work continues tomorrow at the factory. Paddy Lowe To take our fifth consecutive one-two finish is an incredible achievement for our team. It doesn´t matter how good a car you´ve got: to achieve that kind of run, you need amazing drivers and a great team performing faultlessly. We have all of those elements and this afternoon again reinforced just how well both Nico and Lewis are driving right now. I also must say a special thank you to the team: to take a one-two at Monaco, you need a great chassis and a driveable engine, and this result shows our car is an all-round performer. In terms of the race itself, it wasn´t without its challenges: Nico had to manage his fuel consumption quite carefully and we were working with the settings of Lewis´ Power Unit to optimise the energy recovery and deployment in the first half of the race. In the final stages, we had some concerns with the tyres as we were running out of rubber, which in turn made it hard to maintain the tyre temperatures. We saw that when Lewis recovered from the problem with his eye, and couldn´t get the tyres back working properly, which allowed Ricciardo to close in. But he was able to bring the car home and secure this fantastic team result.