Home International Fifth place for Audi in qualifying in Bahrain 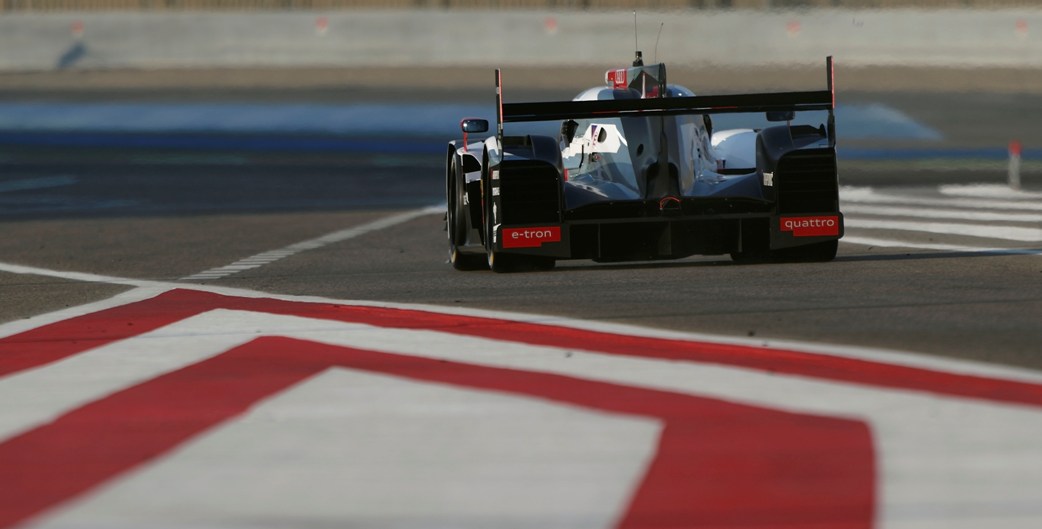 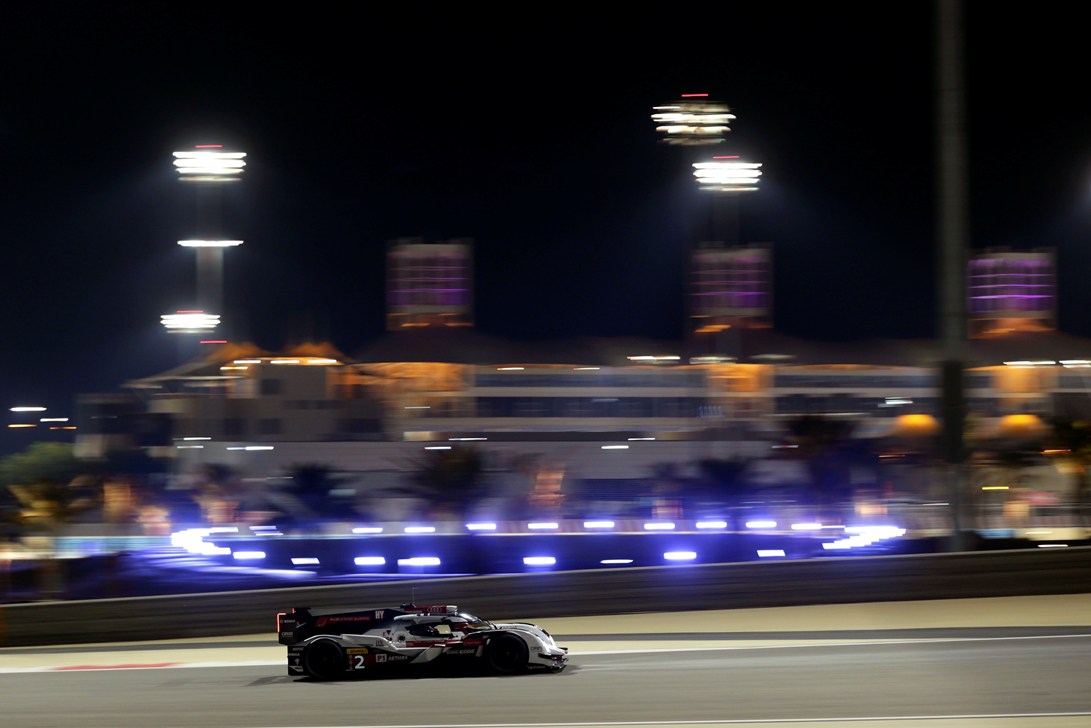 Audi is dealing with a race before the race in round seven of the FIA World Endurance Championship (WEC) in Bahrain. While Marcel Fässler/André Lotterer/Benoît Tréluyer in car number 2 achieved fifth place in qualifying, Audi Sport Team Joest was simultaneously preparing car number one again from scratch. Following the first day of practice on the Bahrain International Circuit, Audi Sport Team Joest had discovered monocoque damage on the race car of Lucas di Grassi/Loïc Duval/Tom Kristensen late on Thursday night. As a result, the trio was unable to participate in either the third free practice or in qualifying but will be admitted to start the race.

The reason for having to prepare the car from scratch again was damage similar to the one that was noted on both race cars after the race at Shanghai, which required both monocoques to be changed. As a result, Audi took two actions: the squad again replaced the monocoque of car number one in order to ensure the full functionality of the safety cell. In addition, the technical crew modified the underfloors of both race cars to avoid a recurrence of damage. As soon as car number one has passed Technical Scrutineering it is allowed to race. Lucas di Grassi will have to start the Bahrain 6 Hours as the last LMP1 participant in the field ? which equates to grid position 13.

?A huge ?thank you? to our squad,? Loïc Duval, Lucas di Grassi and Tom Kristensen unanimously said. ?It?s incredible what the whole team has achieved during these days. The guys prepared our car from scratch again twice. Of course we?re going to leave no stone unturned to reward the hardworking crew with a great race.?

The Le Mans winners Fässler/Lotterer/Tréluyer achieved the fifth-best time in the dark on Friday night. The team concentrated its preparations on the race because that is when tire management will be crucial. The 6-hour race in Bahrain starts on Saturday at 15.00, local time. That is when the air temperature is expected to be 27 degrees centigrade. However, when the sun sets at around 17.00 the air and the tarmac will notably cool down. The R18 e-tron quattro has to be optimally set up for these changeable conditions.

In Germany, viewers can watch the final stage of the WEC race in Bahrain live on Saturday, November 15 , from 17.00 to 19.00 on the TV channel Eurosport. Audi is also providing reports of all practice sessions, qualifying and the race on Facebook (AudiSport), Twitter (@Audi__Sport), a news ticker on www.audi-motorsport.info and the Audi Sport App.

Dr. Wolfgang Ullrich (Head of Audi Motorsport): ?As expected, car number one wasn?t ready in time for qualifying. But the team did a superb job and has made great progress, so I?m very optimistic for the race. The sister car had no problems in qualifying, but the time gap to the fastest car is large. In the race, we?re going to give everything to achieve a better result than what might be expected after qualifying.?

Chris Reinke (Head of LMP): ?This weekend, we?re facing the challenge of being ready in time and well prepared for the race. Car number two had no problems in qualifying today and took a position on the third row of the grid. We?re still working on the sister car. We?re going to leave no stone unturned to finish it in good condition and to subsequently drive a good race.?

Ralf Jüttner (Team Director Audi Sport Team Joest): ?From our simulations, we know that Bahrain is the most difficult track for us with respect to our vehicle rating. We tried to find a good set-up for the race. After being prepared from scratch again, car number two was running impeccably. Now we?re concentrating on finishing car number one. The guys have built four new cars in recent weeks and all of them were running perfectly. That?s what we?re again wishing for tomorrow.?

Marcel Fässler (Audi R18 e-tron quattro #2): ?The place we achieved is more or less the one we?d expected. Especially in qualifying, it?s difficult to be faster. But I do believe we might have a chance of being in contention for the race. In qualifying, we achieved a good lap, even though it may not have been the fastest one. But I remain optimistic, although it won?t be an easy race.?

André Lotterer (Audi R18 e-tron quattro #2): ?This was a qualifying session in which everything actually went smoothly. However, we weren?t fast enough because we know that it?s hard for our car to be in contention on tracks like these. That was also the case in the past two events but in the race things went better. That?s why I?m hoping for us to be able to extract the maximum out of the car tomorrow and to take a good result home.?

Benoît Tréluyer (Audi R18 e-tron quattro #2): ?It was clear that we wouldn?t be able to battle for the pole position today. In qualifying, we tried out various things with the set-up. Our car is now set up for the long run and I hope that?ll help us. Strictly in terms of performance we?re not where we?d like to be at the moment. But in the race we?re going to battle for the podium ? we?re going to give our best.?