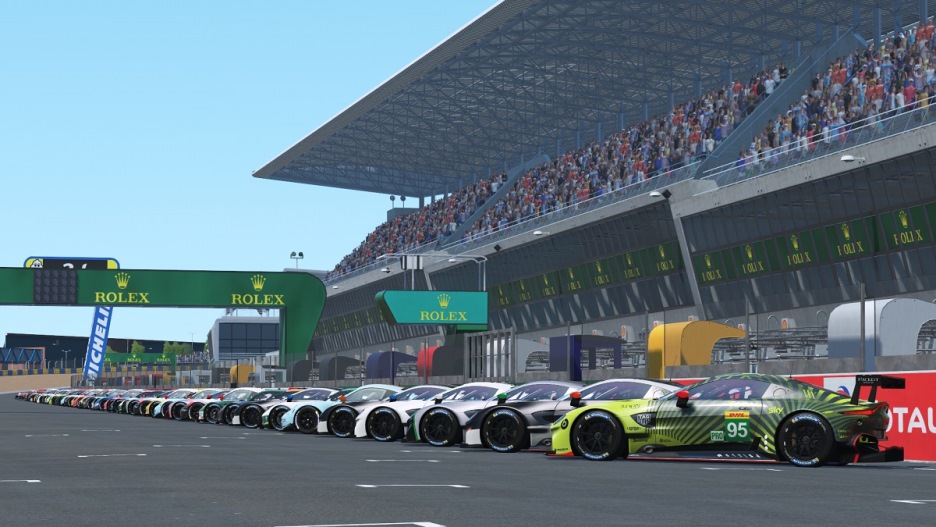 The final entry list for this weekend’s 24 Hours of Le Mans Virtual has now been unveiled and includes the very welcome addition of Canada’s Robert Wickens. There are 36 different nationalities of driver competing in the event, esports truly bringing the world together.

Wickens, a former IndyCar driver and runner-up in FIA Formula 2, will join the No. 67 Mahle Racing Team replacing Jamie Chadwick in the Aston Martin Vantage GTE. Since suffering from a life-changing spinal cord injury following an accident back in 2018, Wickens has made remarkable progress in his recovery and hopes of returning to racing. For this weekend’s #LeMans24Virtual race, Wickens will use a custom rig with hand controls – as he has been using for his sim racing exploits in the USA. He joins Ferdinand Habsburg and sim stars Jimmy Broadbent and Kevin Rotting.

The No. 21 Axle Motorsport entry from Malaysia sees a sim racer change as Mohammed Aleef is replaced by Malaysia’s Mika Hakimi to create the only all-Malaysian squad competing in this weekend’s virtual race.

IDEC Sport Racing also has a sim racer swap with Germany’s Michi Hoyer stepping into the No. 17 LMP entry’s line up. Having clocked up more than 2,100 hours on the rFactor2 platform, Hoyer’s vast experience on the platform will be invaluable to the French team.

The first free practice session will be open for all competitors from 10h00 until 22h00 CEST tomorrow (Tuesday 9 June) and will continue until Friday 12 June. LMP qualifying will take place from 18h10 – 18h30 CEST on Friday, with GTE qualifying from 18h40 until 19h00 CEST.

The full broadcast list will be available tomorrow (9 June).