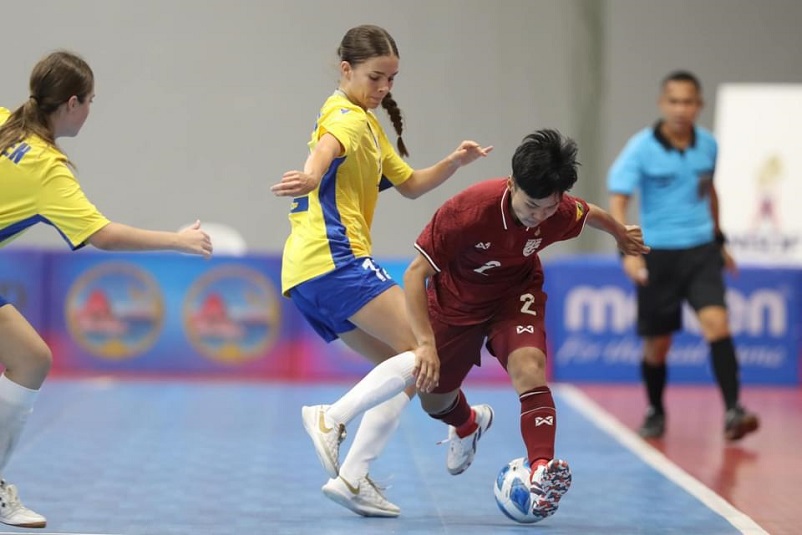 Fitriya Hilda scored the winning goal for Indonesia as they trudged 2-1 past Thailand All-Stars on the second matchday of the NSDF Women’s Futsal Championship 2022 at the Eastern National Sports Training Centre in Pattaya.

Following their win over South Perth previously, the Thai All-Stars would find Indonesia to be a completely new proposition when they found themselves a goal down when Dinar Kartika Sari slotted home the eighth-minute lead.

While Sasikarn Tongdee managed to grab the equaliser in the 17th minute, there was no denying Indonesia from picking up the full points when Fitriya fired home the winner early in the second half.

In the meantime, the Thailand national team kept another clean sheet when they pulverized South Perth 4-0.

South Perth put up a better showing this time around when they restricted Thailand to just the one goal in the first half through Darika Peanpaillun’s sixth-minute strike.