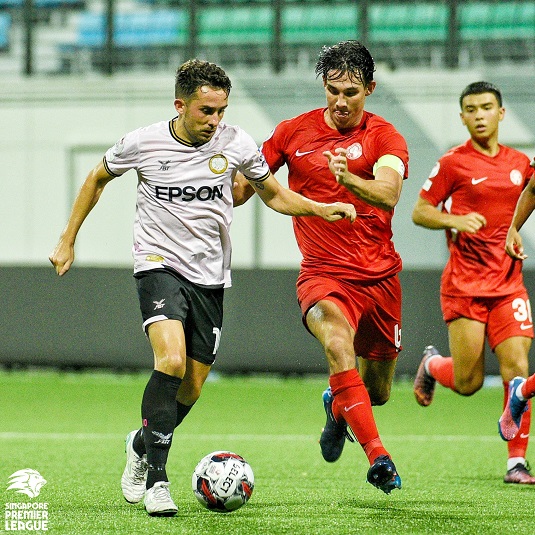 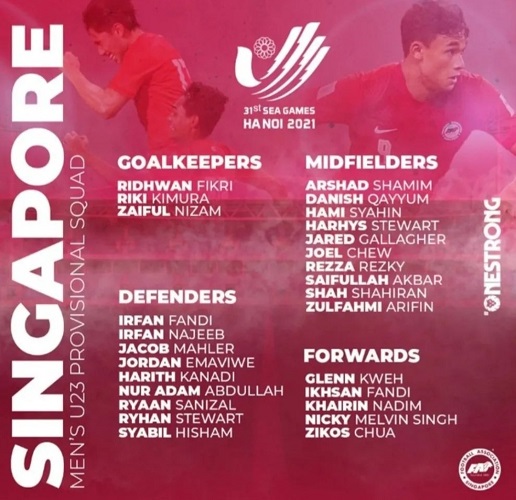 A provisional squad of 27 players was named for the Singapore men’s Under-23 national team’s upcoming SEA Games campaign in Vietnam.

Most of the 27 players will undergo a local centralised training camp from 25 April 2022 in preparation for the tournament before a final squad of 20 players is named ahead of the team’s departure on 4 May 2022.

The sibling duo of Irfan and Ikhsan Fandi will not be joining the centralised training due to ongoing club commitments.

Having previously been a U22 tournament, men’s football at this year’s SEA Games will be a U23 tournament to factor in the six-month postponement of the Games, with each team able to call up a maximum of three overaged players.

Meanwhile, striker Ilhan Fandi and midfielder Farhan Zulkifli have been ruled out of the tournament after sustaining injuries while representing their clubs in the AIA Singapore Premier League.

Head Coach Nazri Nasir said: “Most of the players are in the youth and senior set-up so they are already familiar with our style of our play. We will use the centralised training to further build chemistry between the players and to practice patterns of play so that the boys will be able to execute our philosophy on the pitch. The overaged players that I have selected will also fit into the system that we will deploy, and I am thankful for the support their clubs have given for the national cause.

“It is unfortunate that Ilhan and Farhan will not be participating in this year’s SEA Games, but it will be a great opportunity for other players to step up and prove to me they deserve a spot in the final squad.”

Singapore have been drawn into Group B along with Thailand, Malaysia, Cambodia and Laos. The Young Lions’ first game will be against Laos on 7 May 2022 before they take on record 16-time winner Thailand three days later.

All Group B matches will be held at the Thien Truong Stadium in Nam Dinh.