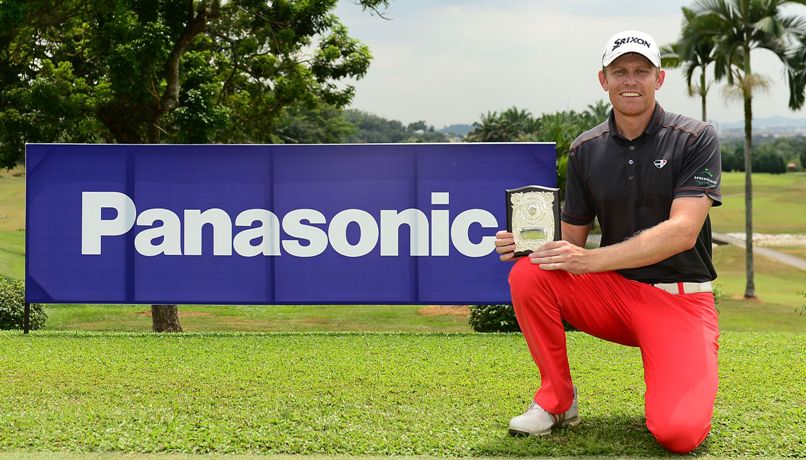 The 30-year-old Munson overturned a three-shot deficit when he fired five birdies to claim a two-shot victory with a winning total of 18-under-par 270 at the Kelab Rahman Putra Malaysia, the same venue where he won his breakthrough ADT title in 2014.

Thailand’s Jakraphan Premsirigorn, a one-time ADT winner in 2013, signed for a 68 to take second place while compatriot Panuwat Muenlek and overnight leader Liu Yan-wei of China shared third place on 273 following respective rounds of 71 and 73.

With the tournament offering a spot to the leading Malaysian professional at the Panasonic Open Japan, Sukree will now get the opportunity to tee up in the tournament sanctioned by the Asian Tour and the Japan Golf Tour from April 20 to 23.

Munson is clearly overjoyed with his victory, which was a timely confidence booster as he looks ahead to his season on the Asian Tour, where he had regained his card at the Qualifying School last month.

“I played solid. It’s nice to win again and at the same venue! The conditions were good. It was not too windy and it was pretty easy to score out there. This win is a huge confidence booster as it will set me up nicely for the season ahead, now that I have regained my status on the Asian Tour.

“I got off to a good start with two birdies in my opening three holes. That gave me some positives going into the round. All my birdies went made from inside 10 feet. Nothing really spectacular. I made a 16-footer par putt on 14 which was one of the highlights,” said Munson, who did not drop a single shot in his last 27 holes.

A 64th-place finish on the Asian Tour money list last year saw him return to the Qualifying School in January, where he successfully regained his playing rights for the 2017 Asian Tour season.

“The game has been feeling good since coming through the Qualifying School last month. I went back home and practised in the cold during my off season in winter last December. I am glad to be able to reap some rewards from it,” added Munson.

Munson will take home a winner’s prize purse of US$9,816 and receive six Official World Golf Ranking (OWGR) points thanks to his victory at the PGM Panasonic Malaysia Championship, which is the second leg of the ADT schedule this season.

Like all other ADT events, the top six players and ties will also receive OWGR points based on a sliding scale.