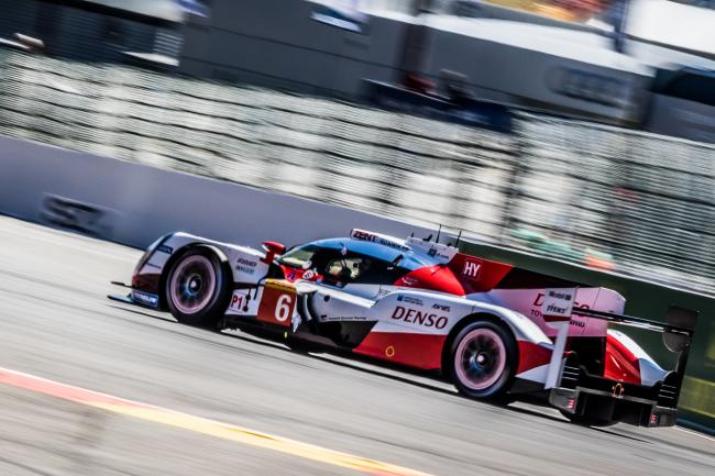 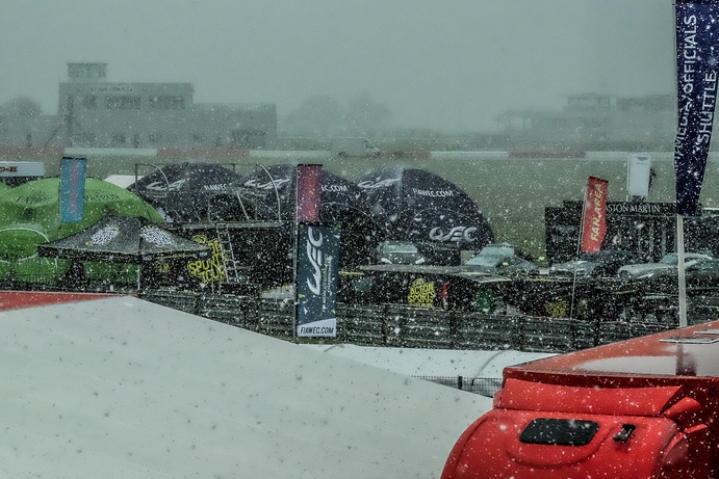 Motorsport is all about control. Every area of the sport is analysed and prepared to exacting degrees. Of course, the one element that cannot be controlled is the weather – a key element for success at the 24 Hours of Le Mans. However, the next best thing is to have an expert on hand who can at least predict and identify every last detail of what the elements may bring.

This is exactly what Meteo France is bringing to the FIA WEC as an official partner in 2016. Come rain, shine or in the case of Silverstone snow, Meteo France is providing more detail than ever to the championship and all its competitors.

In charge of gathering, analysing and communicating all the weather news for Meteo France is experienced forecaster and meteorological expert, Paul Abeillé.

“We have four staff from Meteo France that attend each of the WEC races, one dedicated to the organisation, which is me, and then three of my colleagues who work with the three LMP1 teams,” says Abeillé.

“I will write a forecast based on our models and data, maybe a week before the race, and then update this all the way through to the build-up of the race. I do this three times a day. During the sessions I can send short messages on the timing screen if rain is approaching and when it will arrive.

Abeillé has a host of the latest technology available to him, including specifically located weather station radars.

“We use a special radar which we have inland of the circuit,” describes Abeillé. “The radar will deliver very accurate data and images. With this procedure we can know very precisely if and when rain is coming close to or over the circuit. We can also measure the intensity of the shower and exactly where on the track it will hit first.”

Meteo France calibrates its own radar system and choses the best area to place it depending on the topography of the area around the track. It also compares its modelling to other information systems at a local airport for accuracy.

At Silverstone back in April, the notoriously unpredictable British springtime provided a full range of conditions to challenge not only the drivers but also the Meteo France staff.

Paul Abeillé: “At Silverstone it was very busy! We were forecasting almost by the minute because the activity was a lot. The showers, some of snow, were coming every few minutes but we knew that it would be gone as soon as it arrived.  So, although we could see the snow was falling, there was no major worry for big disruption because we could see that it was moving across the track quickly, thankfully.”

The weather service and Abeillé work closely with FIA WEC Race Director, Eduardo Freitas. The relationship began at the Prologue in France.

“Eduardo wants me to be really reactive because ultimately it is in everyone’s interests to know if rain can come to the track and when,” he continues.  “He wants short sentences from me during sessions to give him the information quickly and precisely. I like the way he works and how he runs the race with so much information to process.”

As well as what the weather is actually doing, the temperature is also a key requirement for preparing the cars, tyres and also the human elements during an endurance race.

“The air and track temperature are really important to the teams,” says Abeillé. “We give the teams this information which is crucial for their strategy and race preparation. The drivers too need to know the temperature as they have to condition and hydrate themselves perfectly.”

Also important for the teams is the air pressure level. This is because some of the cars have turbo engines which are affected by the pressure. The technical delegate will be given this information before the race weekend starts to monitor the boost levels during the track action.

“The tools and systems we have are really good,” states Abeillé.  “The modelling systems are all developed in-house at Meteo France. With the programmes we have we can do forecasts anywhere in the world via the observation stations and our own software. The detail is impressive. We can pinpoint localised showers very quickly and accurately via stations and satellites.”

Weather events come no more extreme than what was witnessed and experienced at Fuji in 2013, when a typhoon washed out the race and led to it being stopped after just 16 laps behind the Safety Car.

“We can have a good idea about a typhoon approximately one week before we go to a track but the problem with tropical storms is that they are very unpredictable and they do what they want,” says Abeillé. “I actually worked for ten years specialising in tropical storms and I know a lot about them but, if they come, all you can do is try to predict as accurately as possible where the storm will be when a race is on. Ultimately there is a lot of good and bad luck involved when you get these levels of storm.”

So, come rain or shine, Abeillé and his team provide a vital service which affects every aspect of the FIA WEC races. What will Le Mans bring this year? Whatever the weather, Meteo France will know about it first.