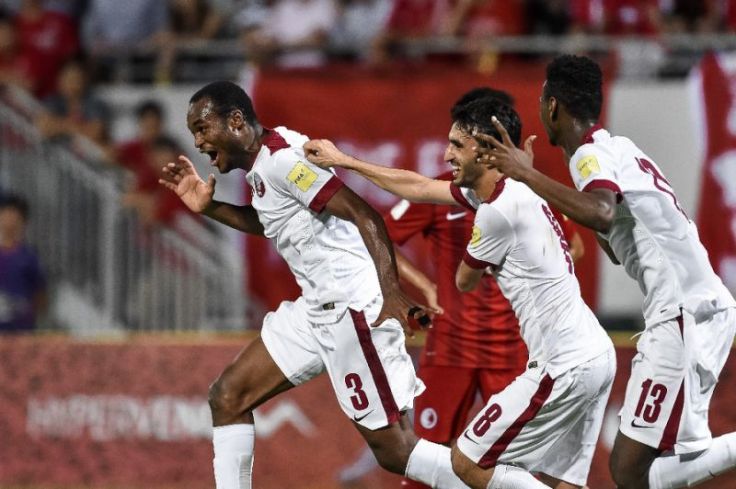 Of the 12 Asian Football Confederation (AFC) teams anxiously awaiting Tuesday’s draw for the Russia World Cup 2018 third round qualifiers, arguably Qatar has the most at stake.

Since being controversially chosen to host the 2022 tournament, the Gulf state has been battered by ongoing allegations of corruption, charges it denies, and labour abuse, which it claims to be addressing through reform.

This week’s draw though — which will see the dozen remaining AFC sides split into two groups of six, with the top two from each qualifying for Russia — addresses another criticism, namely that Qatar has little or no footballing past.

Russia 2018 represents Qatar’s last chance to qualify for a World Cup on merit before automatically playing as hosts in 2022.

If Jose Daniel Carreno’s emerging side manage to progress from the third round, they will make history as the first Qatari team to play in football’s biggest tournament.

Fail and Qatar will face four years of inevitable sneering that come 2022 their place among thesport‘s elite will be due only to the energy-rich country’s extraordinary wealth in being able to host a $30 billion World Cup.

“It is important that we are there (Russia),” Hassan Al-Thawadi, head of the Supreme Committee for Delivery and Legacy, the body overseeing organisation of the 2022 World Cup, told AFP.

“The fact of having 2022 is an extra motivation for the players.”

Despite the burden of expectation and, no doubt, many critics wanting to see Qatar fail, the national side have got to the third round with one of the most impressive qualifying records in the AFC.

They won the first seven of their eight Group C matches, losing only to China in the final match, when Qatar’s progress to the next round was already assured.

Along the way they set a record for their biggest ever victory — 15-0 versus Bhutan — and finished with a goal difference of plus-25.

That, however, has only served to increase the pressure.

“The dominance Qatar showed in the group stages of Round 2 would have immensely increased the expectation of the people,” said local sportsjournalist, Joe Koraith.

“They have also been playing a style of football that is pleasing to the eye. So people in Qatar will be hoping for a similar run in the next round.”

Qatar’s task is tough, especially as they are only the ninth highest ranked team out of the remaining 12, according to FIFA, ahead of Iraq, Syria and Thailand.

Iran and Australia are the two highest ranked sides, both more than 30 places higher than 83rd-placed Qatar.

Regional powers and perennial World Cup teams such as Japan and South Korea are in Tuesday’s draw, which takes place in Kuala Lumpur.

“The real test for Carreno starts now,” said Ganesh Neelakantan, a reporter with the local Doha Stadium Plus sports weekly.

“Iran are the highest-ranked among the 12 teams, but Qatar would be more comfortable playing them than Australia, South Korea and Japan,” he said.

“Qatar’s record of late against the three east Asians isn’t that encouraging.

“Two of these three teams will be grouped together and Qatar’s wish will be to avoid that group.”

Also in the draw are Saudi Arabia, Uzbekistan, UAE and China.

A lifeline exists for the teams finishing third to go into a play-off for Russia against a team from the Americas.

But Qatar will be looking to automatically qualify.

“If Qatar can pull it off, it could be the biggest moment in the country’s football history,” said Neelakantan. – Agence France-Presse